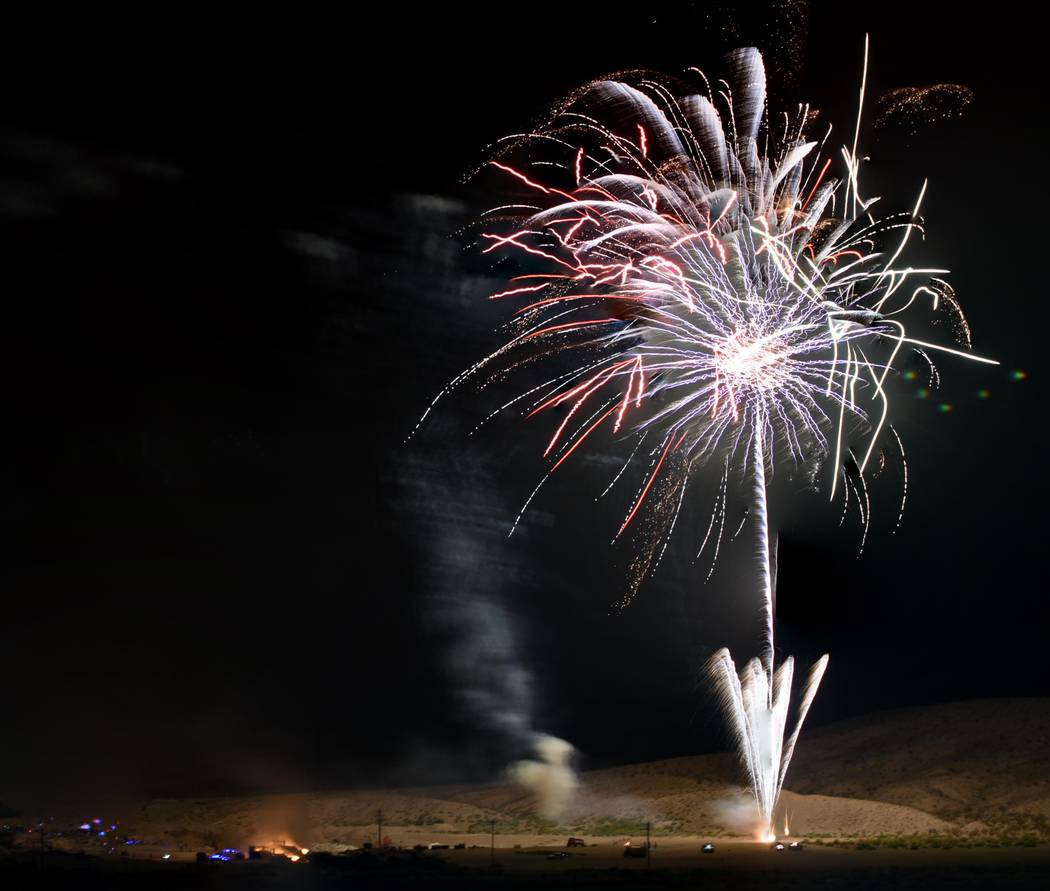 Richard Stephens/Special to the Pahrump Valley Times Fireworks are shown in Beatty on June 16. 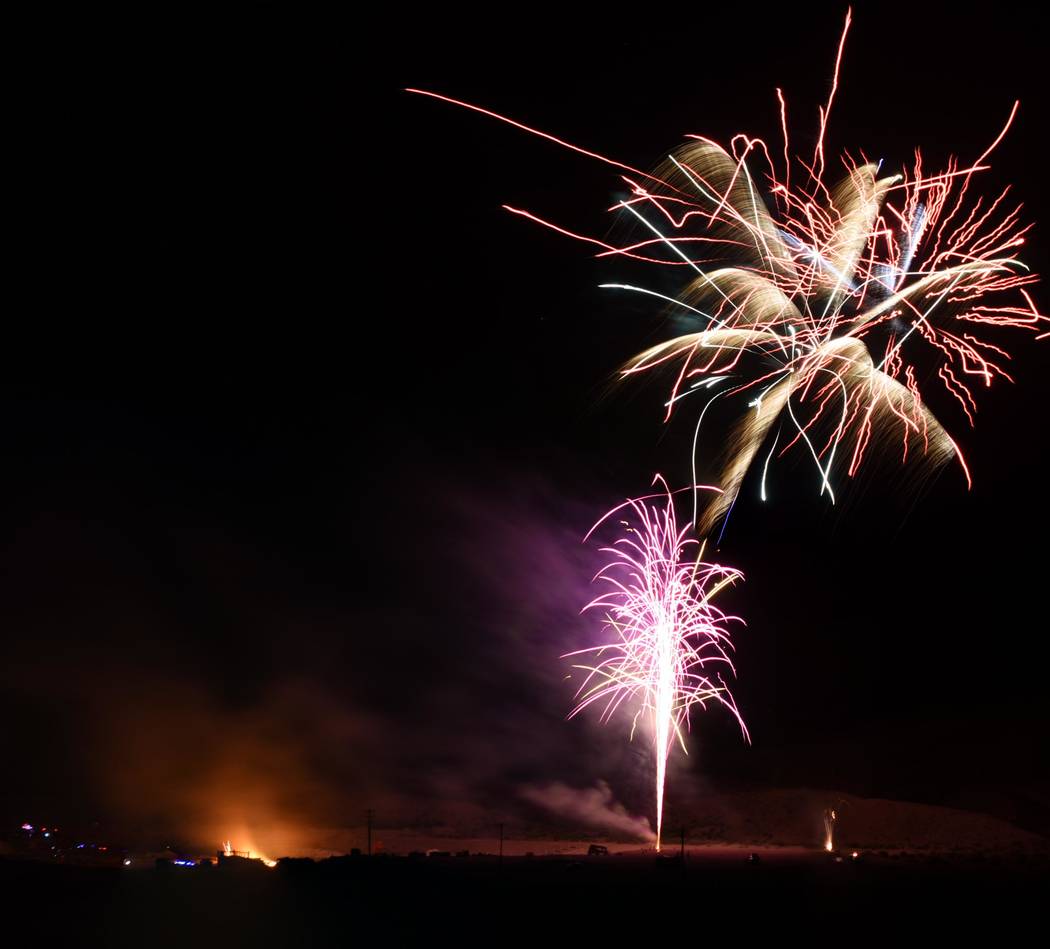 Richard Stephens/Special to the Pahrump Valley Times On June 16, fireworks illuminated the skies in the Beatty community. 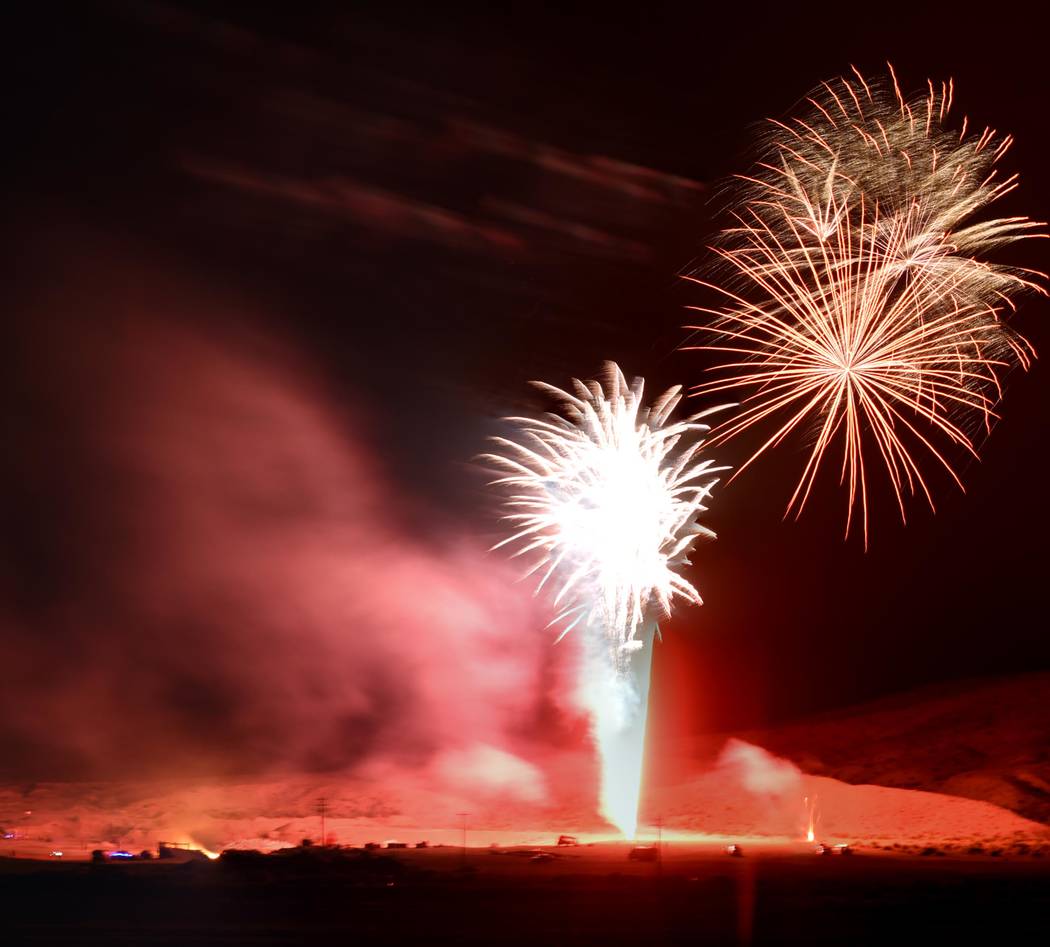 Richard Stephens/Special to the Pahrump Valley Times The Beatty community was treated to a fireworks display over its skies on June 16. 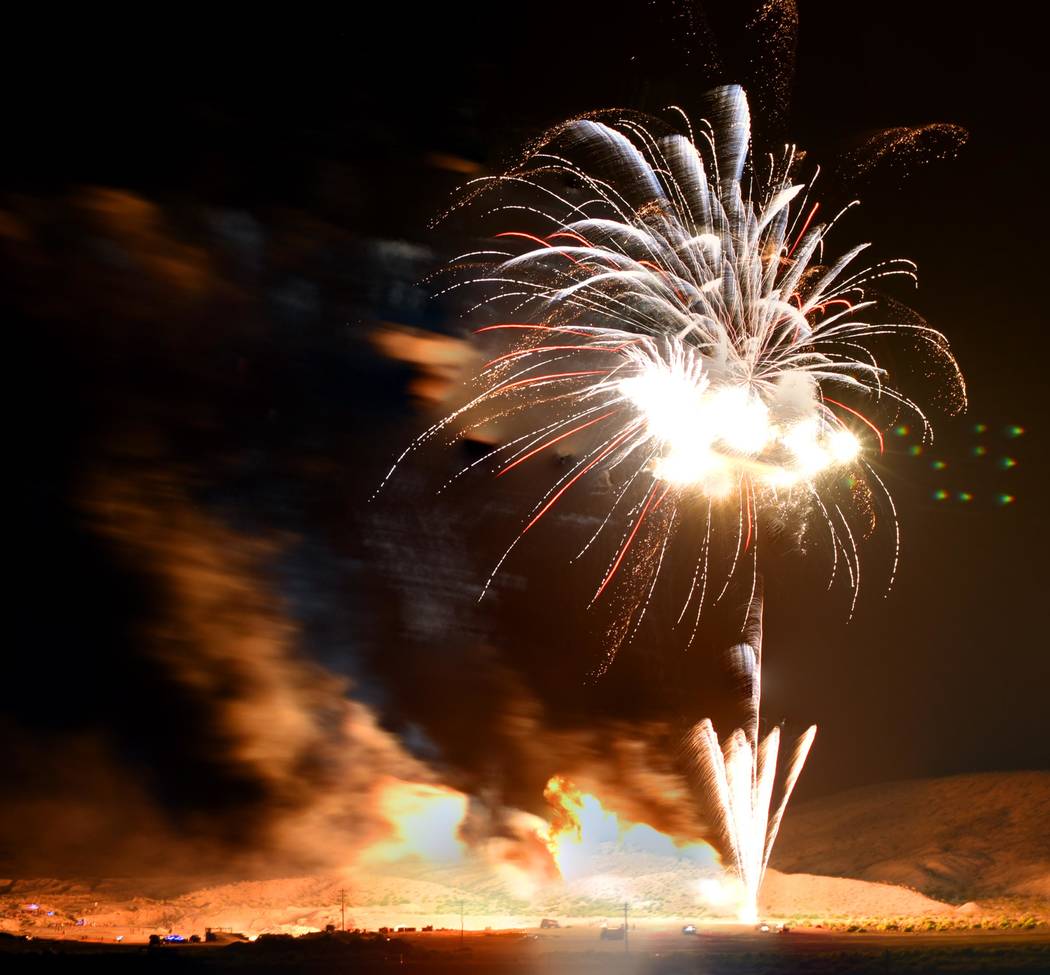 Richard Stephens/Special to the Pahrump Valley Times A look at fireworks lighting up the community skies over Beatty on June 16.

Some people traveling U.S. Highway 95 just north of Beatty Saturday night, June 16, might have thought the town was getting an early start on its Fourth of July fireworks.

What they saw, however, was the culmination of this year’s Southern Nevada Regional Gathering, a Burning Man event, being hosted for the second year at David Spicer’s ranch.

Preceding the fireworks, fire dancers with torch batons performed to the sound of drums for at least an hour, then came the burning of the “temple.”

This was followed by a display of fireworks and impressive aerial fireballs.