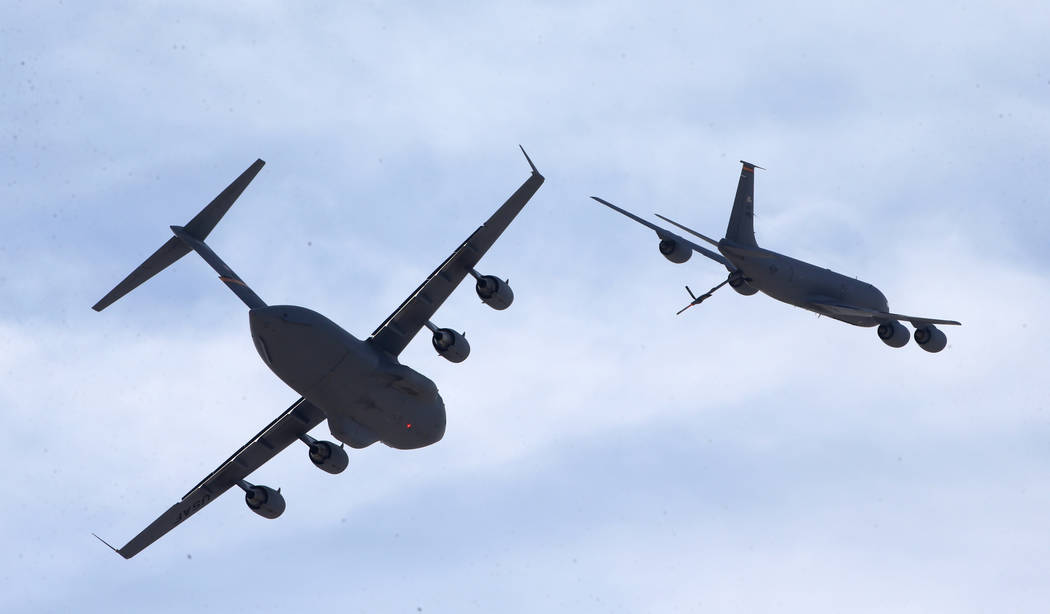 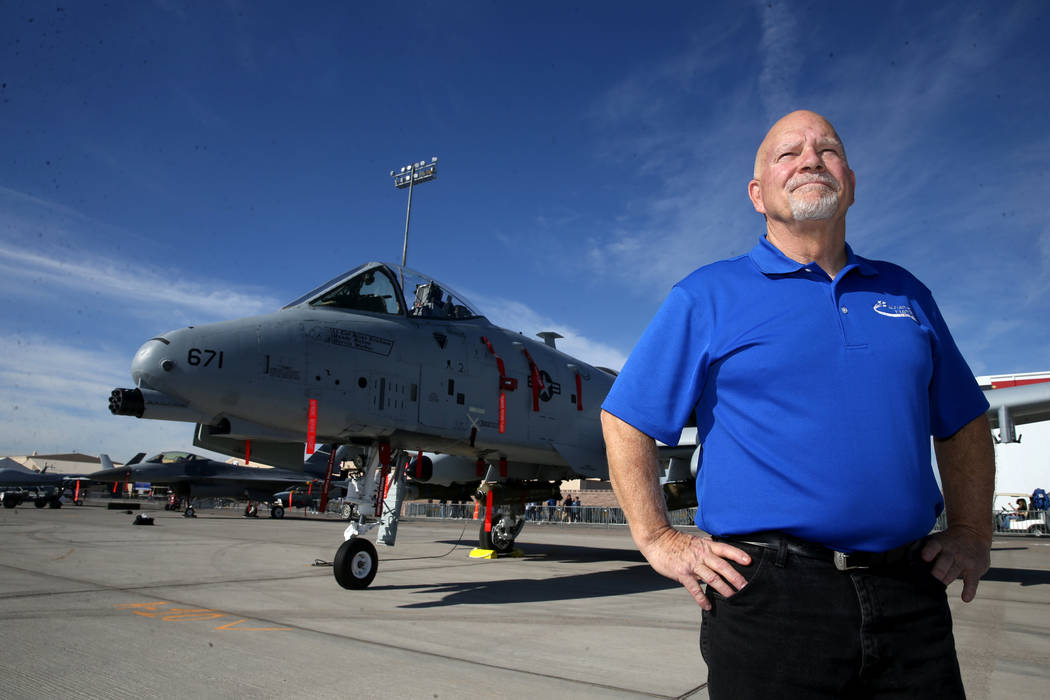 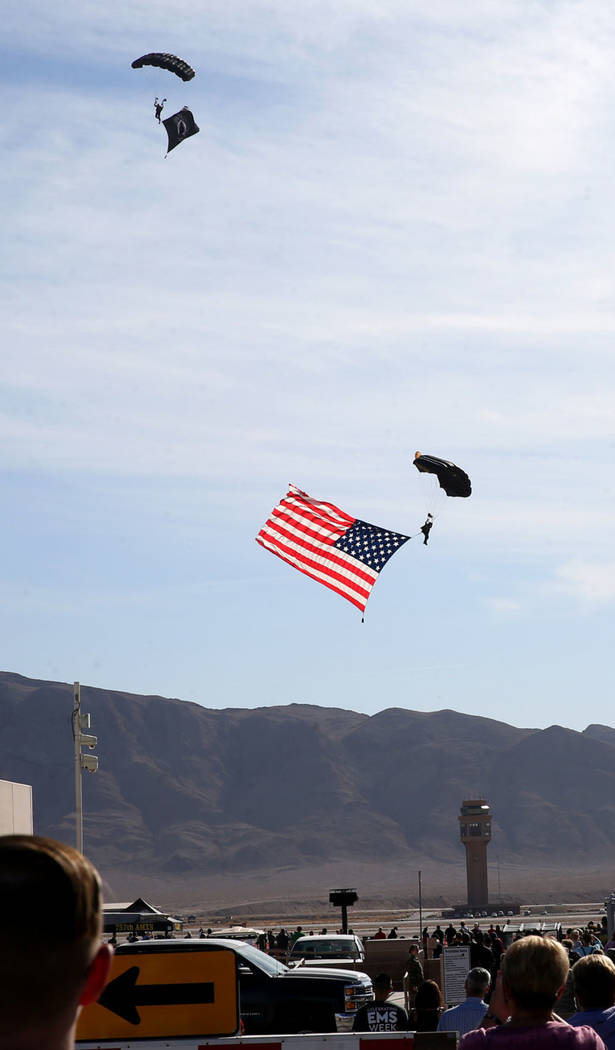 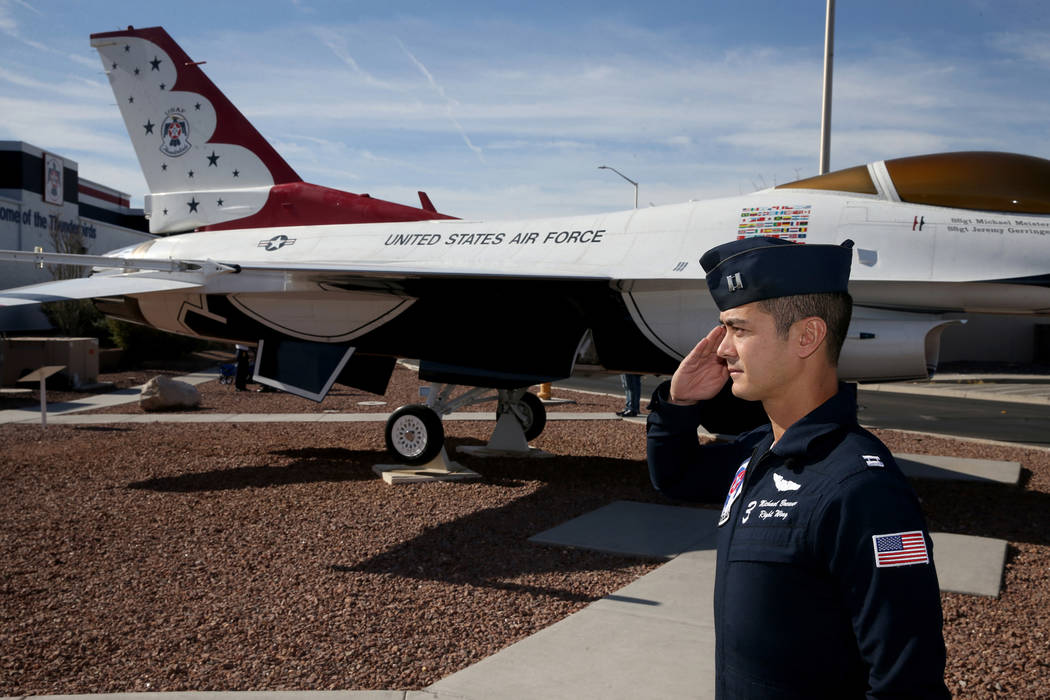 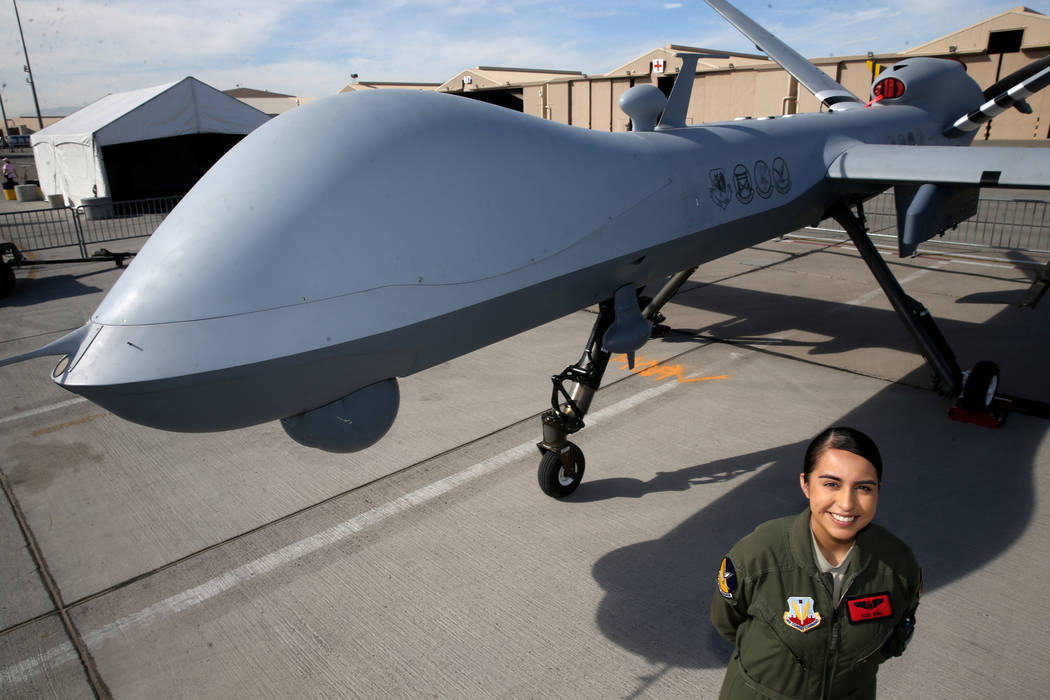 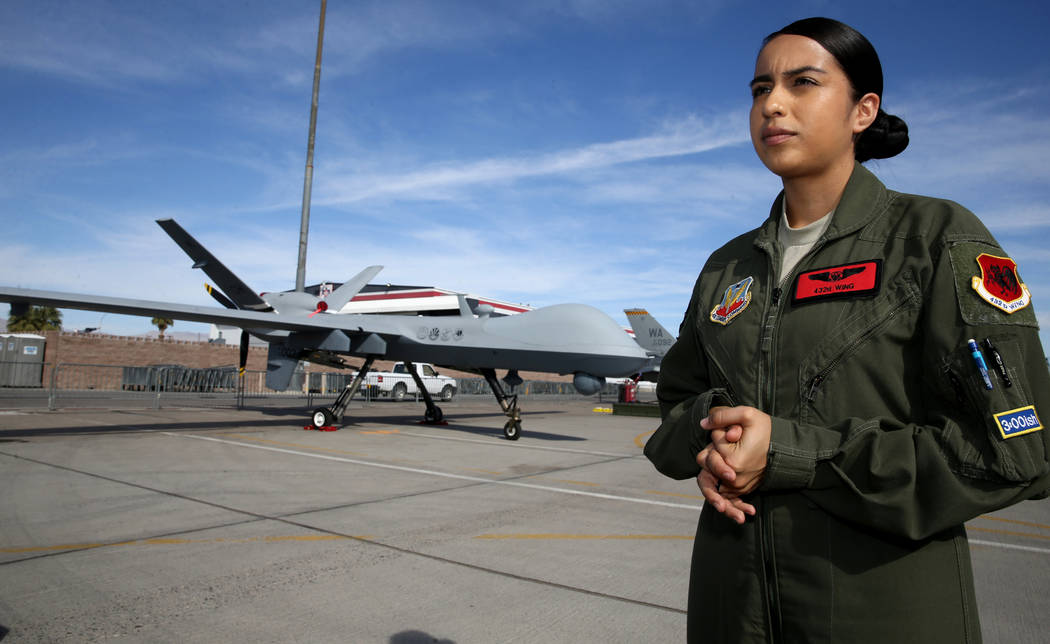 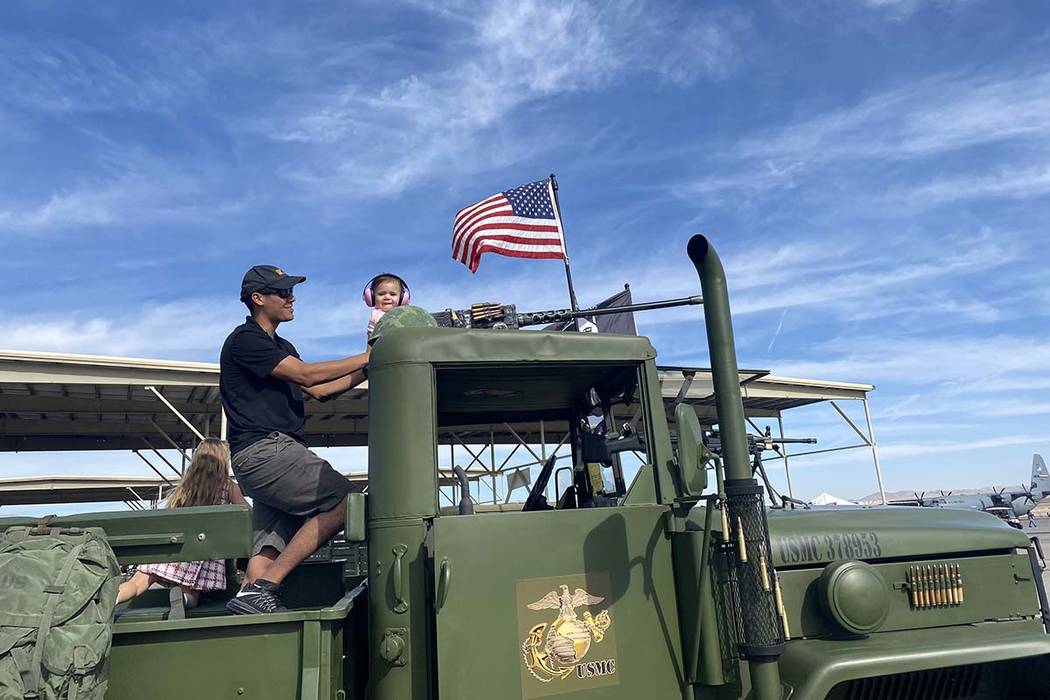 Aviation Nation will be in the skies and on the ground at Nellis Air Force Base this weekend. (K.M. Cannon/Las Vegas Review-Journal)

The Thunderbirds’ F-16 Fighting Falcons thundered through the sky Friday, arcing high above the sun as veterans, service members and their families watched in awe during a run-through for this past weekend’s Aviation Nation 2019 at Nellis Air Force Base.

Capt. Michael Brewer, right wing number 3, was among the Thunderbirds who performed at the practice show.

Brewer said he served as a commercial pilot for five years before he was “called” to join the Air Force.

“When we’re flying, it’s 45 minutes of intense concentration. It’s a surreal feeling. I’m 18 inches away from the boss’ wingtips,” he told the Las Vegas Review-Journal. “The whole world is rotating around the jet.”

This year’s biannual air show, on Nov. 16-17, depicted the history of American aviation and saluted the recent accomplishments of America’s military in operations around the globe.

“It’s very important to both the base and the community because it really ties the community relations with the base,” said Brewer, whose grandfather served in the Navy during World War II. “To be here, home, in Vegas is very special.”

Falling just days after Veterans Day, Aviation Nation also was paying tribute to U.S. veterans and their service to this country. Veterans’ service organizations, including the VA of Southern Nevada and Veterans of Foreign Wars, were hosting booths at the event.

“This also gives the public an opportunity that they most likely won’t have before in coming to the base,” said former Air Force Maj. Bob Jones, who now serves as director of Aviation Nation. “More importantly, they get to, up close, meet the men and women of their military.”

Officials were expecting more than 200,000 people to attend the show over the two days.

On Friday, a blonde toddler wore a camouflage diaper as she walked with her parents. Parachutists jumped from aircraft, prominently displaying an American flag as “The Star-Spangled Banner” played.

Veterans sat in lawn chairs along the tarmac, pointing in awe as aircraft flipped, twisted and swooped above the northeast valley floor.

Air Force Capt. Michael Espinoza, in plain clothes, hoisted his 17-month-old daughter Emma inside a military tank, showing her the vantage point where a tank gun is usually placed.

“This is a good opportunity for her to come out and experience what I get to experience every day,” he said. “We love it.”

Later, an F-16 bearing Russian colors and an F-22 with American colors conducted a mock dogfight. Then helicopter pilots mimicked a rescue during combat.

More than 30 aircraft representing some of the earliest flying machines in America’s aviation history were on display alongside some of the nation’s newest military aircraft.

Also present was an F-15 with a “Vegas Strong” tribute painted in orange and black on its left side, commemorating the Oct. 1, 2017, shooting at the Route 91 Harvest festival that left 58 people dead and hundreds of others injured.