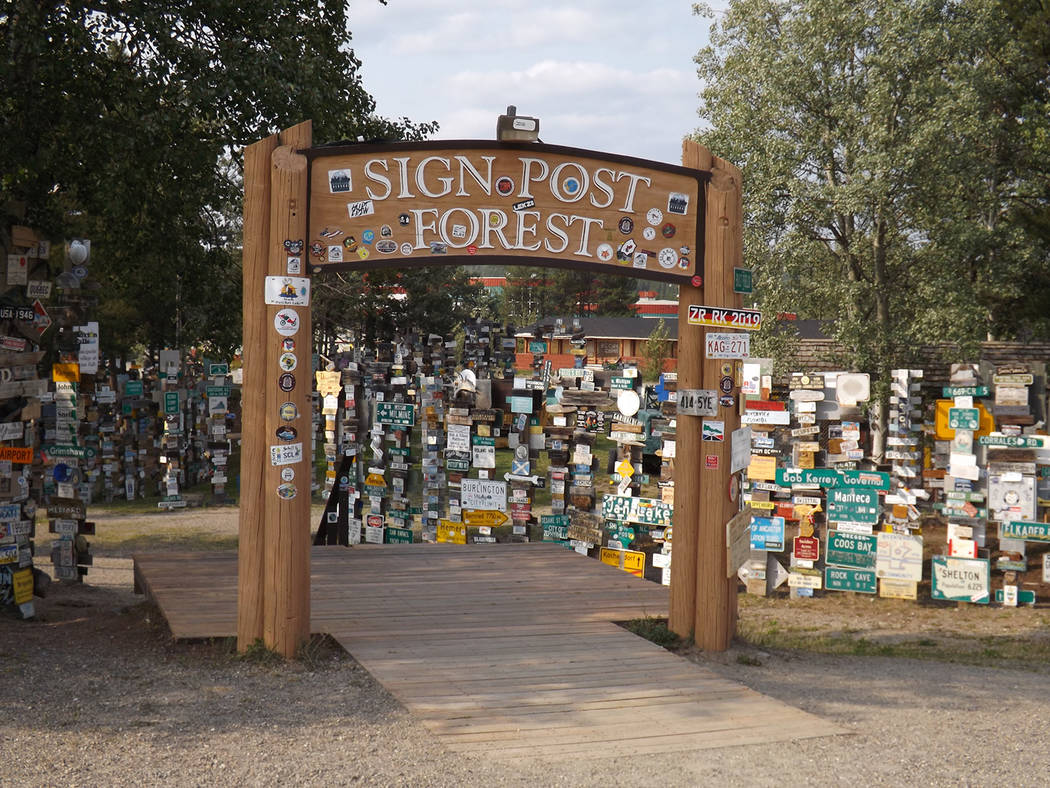 Ron Morris/Special to the Pahrump Valley Times A sign for Pahrump was spotted by Ron Morris during his summer trip that took him to the “Sign Post Forest” in Watson Lake, Yukon Territory, Canada. 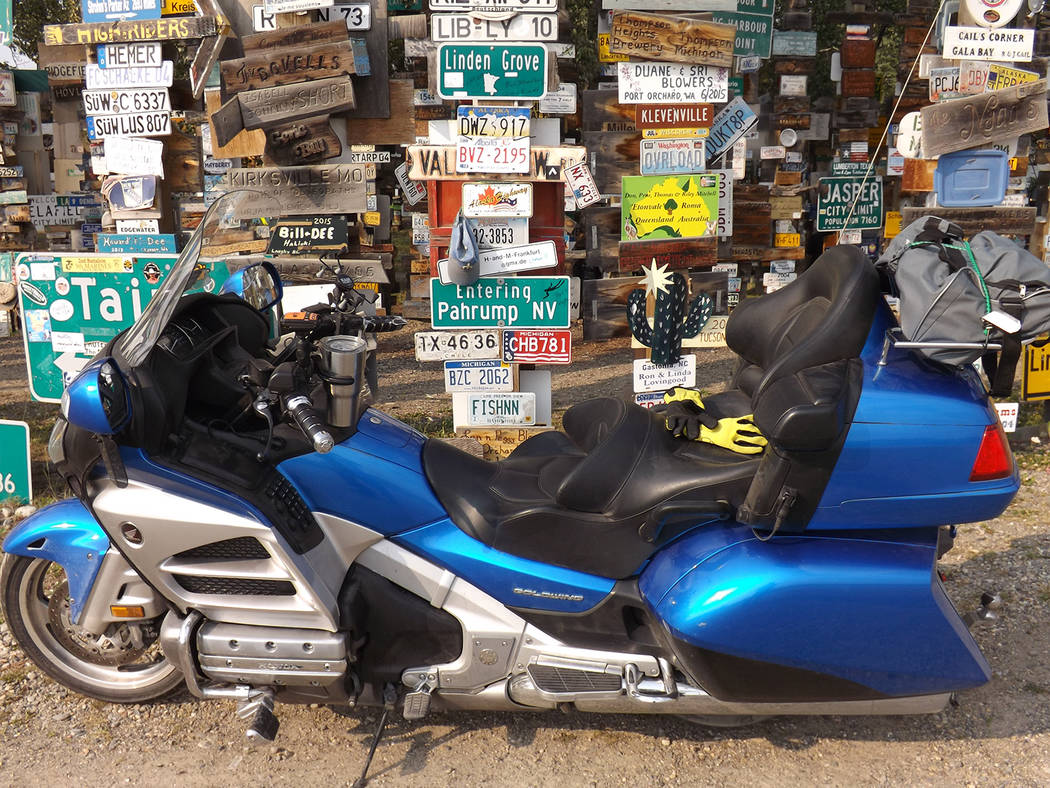 Ron Morris/Special to the Pahrump Valley Times “Sign Post Forest” was started by a U.S. Army soldier during the construction of the “Alcan Highway” in the early 1940s, Ron Morris said in an email.

The forest was started by a U.S. Army soldier during the construction of the “Alcan Highway” in the early 1940s, Morris said in an email.

“He put a sign up with his hometown’s name, which was soon followed by other GI’s and has been going on since,” Morris said. “I was on the Alaska Highway and stopped to walk around.

“When I got back on the motorcycle, I looked at the sign I had parked next to, which was Pahrump,” Morris wrote. “Had a good chuckle over this because as I travel, very few people have ever heard of Pahrump, must have been fate.”