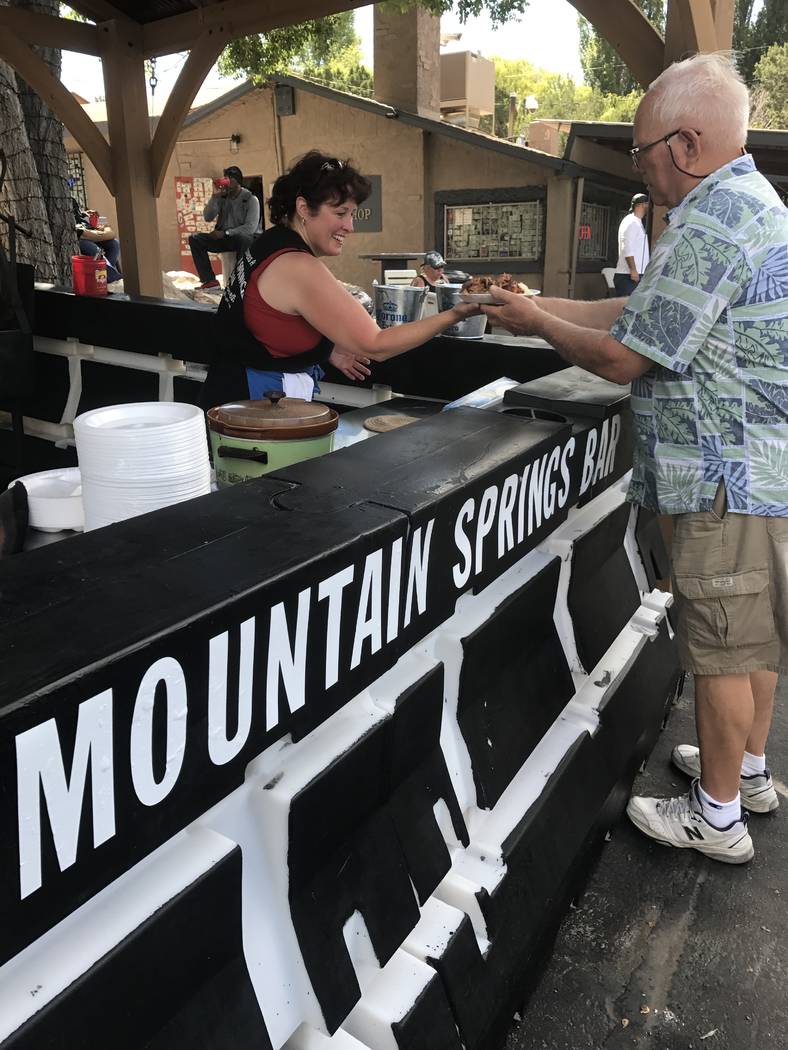 Jeffrey Meehan/Pahrump Valley Times Several people showed up for an afternoon of barbecue in the mountainside on Aug. 26, 2017. The Mountain Springs Saloon at 19050 Nevada Highway 160 in Mountain Springs holds a monthly Pig Roast event from March to October. 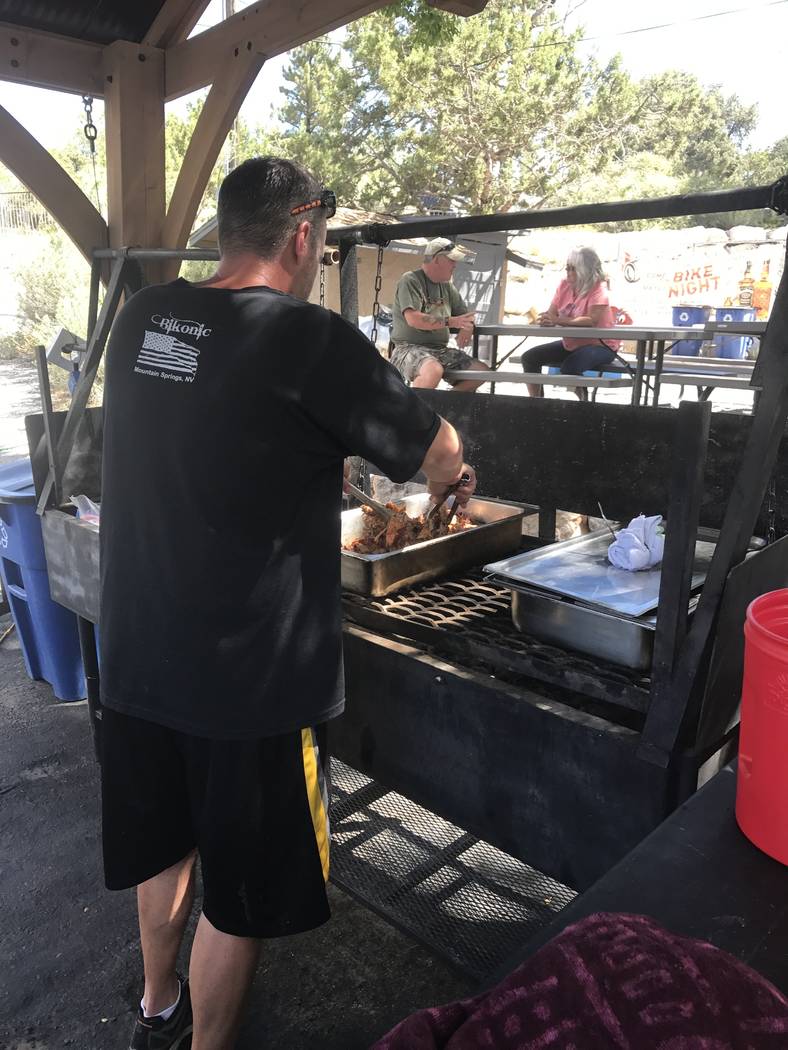 Jeffrey Meehan/Pahrump Valley Times The Pig Roast got started at the Mountain Springs Saloon around 11 a.m. for its monthly gathering on Aug. 26, 2017. The saloon, which sits at the top of the hill on the way to Las Vegas from Pahrump, holds the seasonal event from April to October every year. 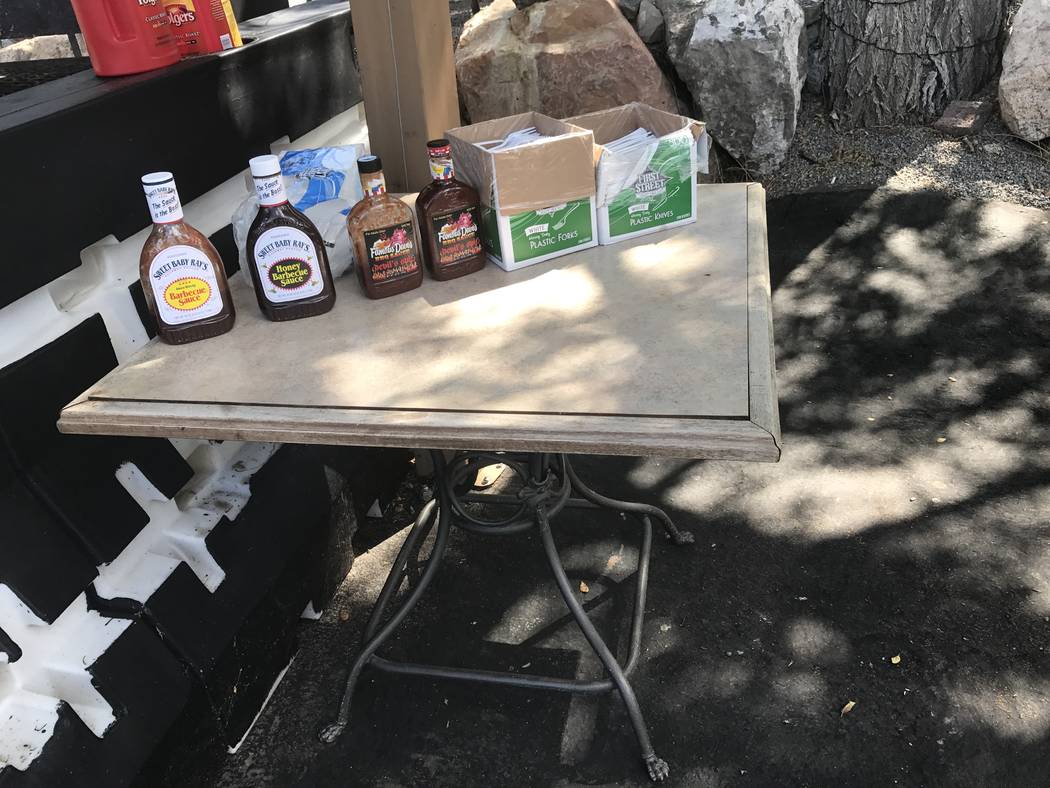 Jeffrey Meehan/Pahrump Valley Times The condiment table for event goers at the monthly Pig Roast in Mountain Springs on Aug. 26, 2017. Motorcyclists and motorists can stop in for a quick bite each month. Prices start at $10 for the seasonal gather that runs from April to October. 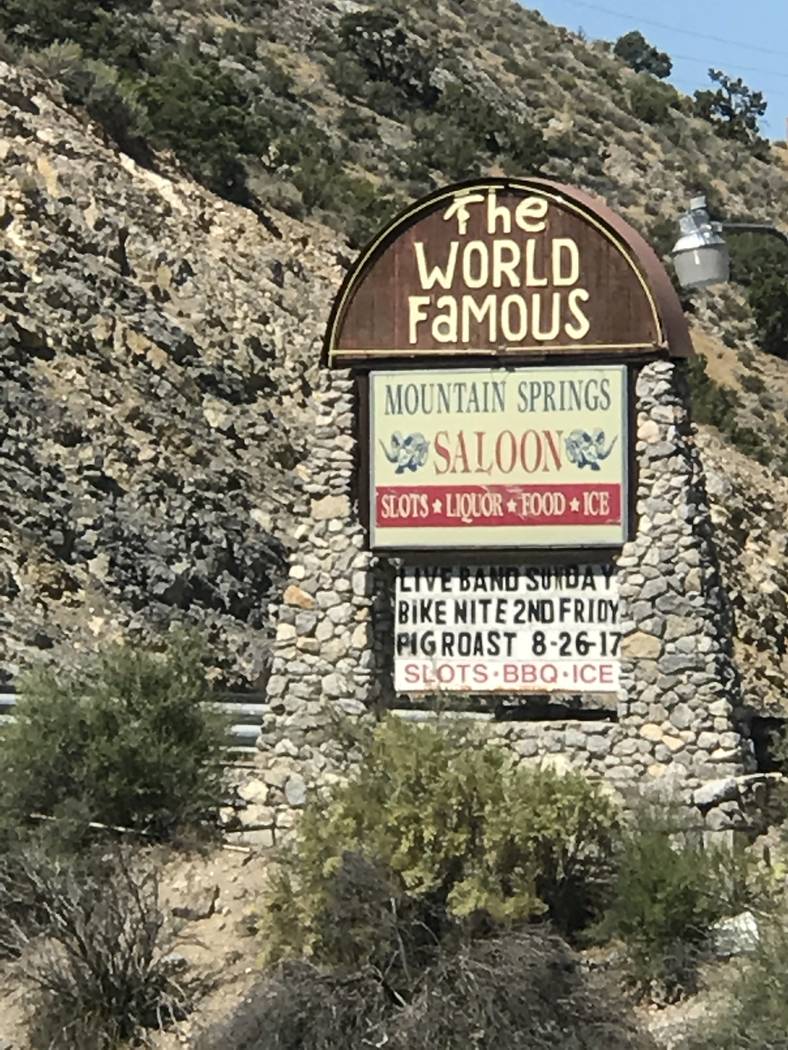 Jeffrey Meehan/Pahrump Valley Times Sign for the Mountain Springs Saloon at 19050 Nevada Highway 160 in Mountain Springs. The establishment offers a monthly barbecue from April to October, with the next gathering planned for Sept. 30. 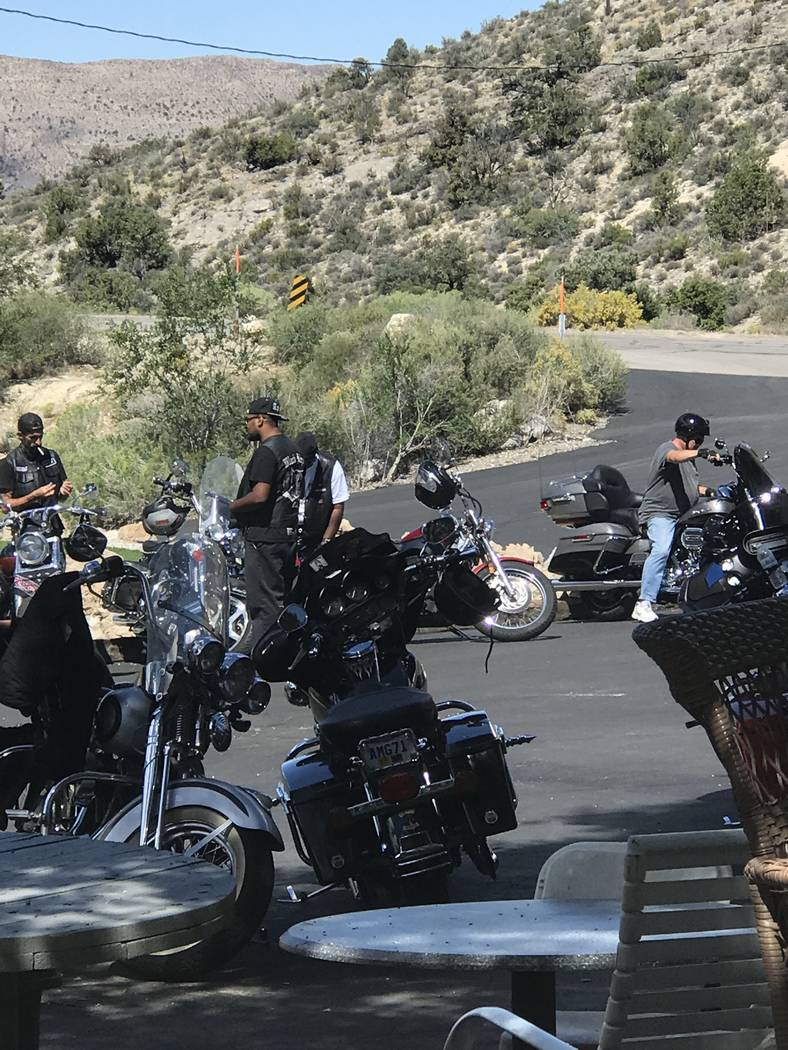 Jeffrey Meehan/Pahrump Valley Times Several attendees of the monthly Pig Roast at the Mountain Spring Saloon in Mountain Springs arrive just before things started going. The monthly event runs from April to October and plates start at $10, which comes with one drink.

The Mountain Springs Saloon put on some entertainment in the elevations at the end of August during its monthly event.

The Mountain Springs Saloon entertains several guests during its Pig Roast event at its saloon that sits at an elevation of 5,490 feet at 19050 Nevada Highway 160, near the top of the hill on the way to Las Vegas from Pahrump.

The last event was on Aug. 26, the day of the Floyd Mayweather and Conor McGregor fight in Las Vegas.

The parking lot was lined with cars, trucks and motorcycles for the monthly gathering.

Two more events are planned for the 2017 season, as weather keeps the establishment from running the gathering all year long. The event picks back up in April.

Start times for the next Pig Roast haven’t been announced but past gatherings have begun between 11 a.m. and 12 p.m. and have run until about 5 p.m.

The cost for attendees to dig into a plate of pork and a side, along with one drink, is $10. One plate and three drinks is $20.

The Mountain Springs Saloon also holds a monthly Bike Night. The next one is later today. The event begins at 6:30 p.m.

The next Bike Night after that is planned for Oct. 13.