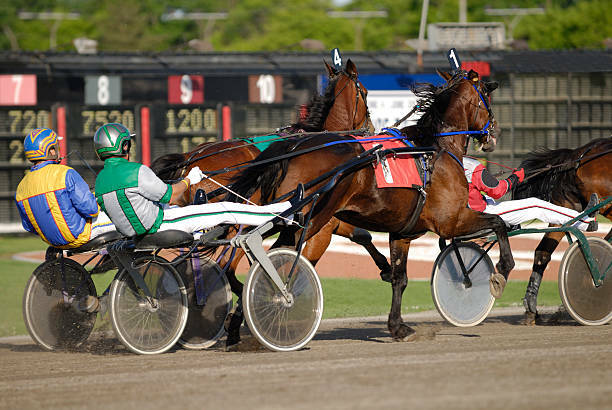 (iStock) Live racing at the proposed Pahrump track would run from late October until the end of May, if conditional approval is granted by the Nevada Racing Commission. Two weekly meets would feature 12 live races a day during the season. 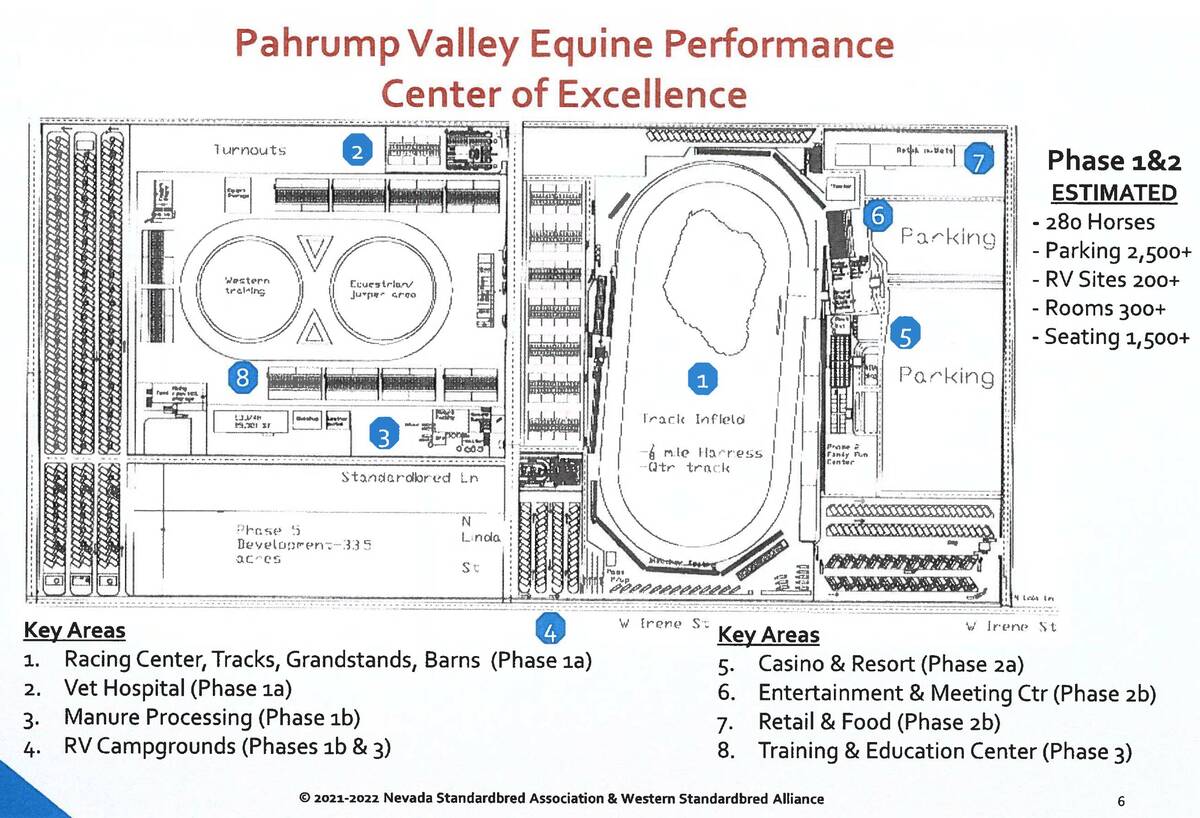 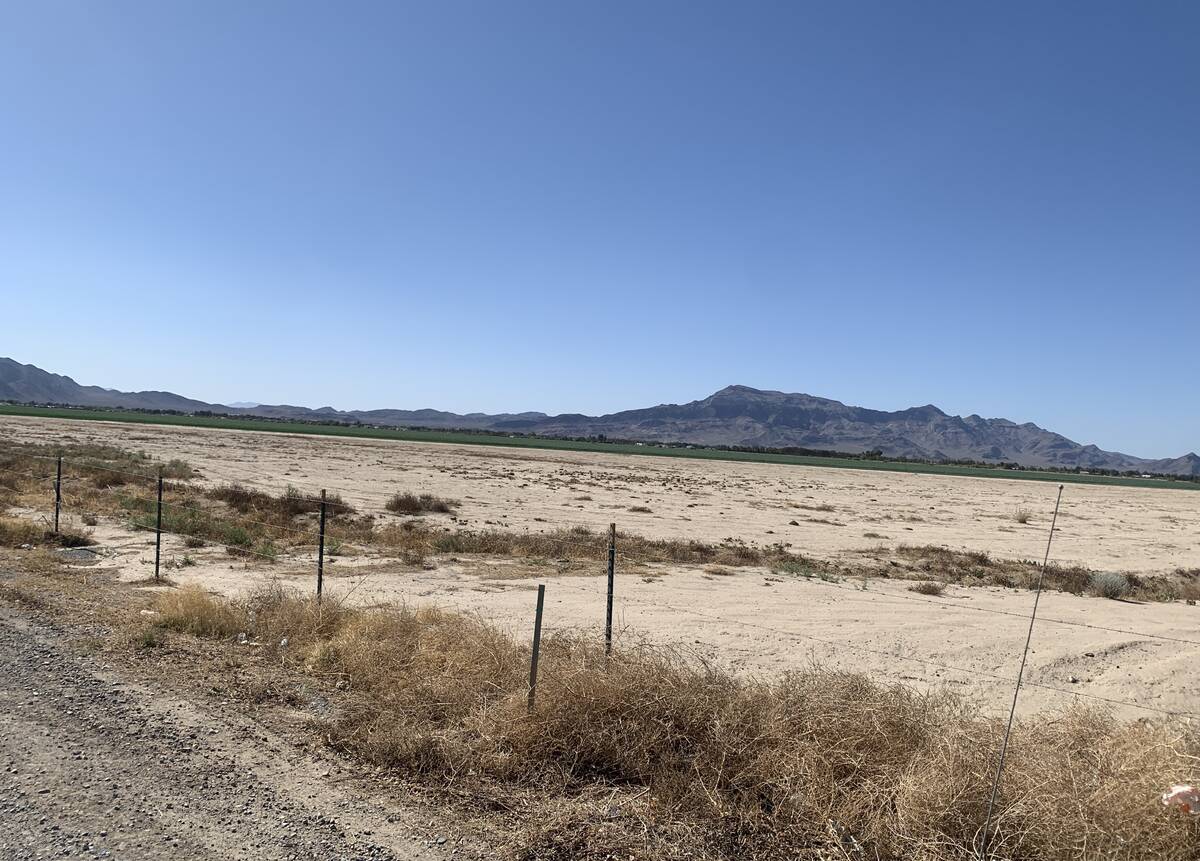 Brent Schanding/Pahrump Valley Times-The Pahrump Valley Equine Performance Center of Excellence would be built on farm land in northern Pahrump. It would be bound by David, Irene, Linda streets and Lola Lane, about a mile off Highway 160.

They hope to build a mega-entertainment facility here that could include a 40,000-square-foot resort casino centered around a ⅞-mile track, with stables for 280 racing horses. Other amenities could include restaurants, batting cages, shopping facilities, campgrounds, a waterpark and movie theater, as well as parking for more than 2,500 vehicles and 200 RVs.

The Pahrump Valley Equine Performance Center of Excellence would be built on more than 400 acres of open farm land in northern Pahrump. It would be bound by David, Irene, Linda streets and Lola Lane, about a mile off Highway 160.

The project could create about 200 full-time jobs for horse trainers, vets and techs, groundskeepers, ticket vendors and other hospitality workers, according to Tim Bohannon, president of the Nevada Standardbred Association Inc., who pitched the project to county commissioners last week.

“It’s forward-looking and may be subject to change,” he said.

The Nevada Standardbred Association was formed a few years ago by horse trainers, caretakers and others with the intent to bring harness racing to Nevada. Pahrump could be key to that plan, Bohannon said.

While gambling is broadly legal in the state, Nevada lacks any major presence in horse racing and a track in Pahrump would elevate the state’s horse industry.

A price tag for the project hasn’t been disclosed but it’s expected to cost millions.

Funding is largely being raised by the Western Saddlebred Alliance Inc., Bohannon said.

There’s not yet a timeline for the project, which will require a number of permits before operations can begin.

Nye County commissioners have reacted favorably to initial plans for the development.

“I’m sure you’ll find support from within our commissioners,” commissioner Debra Strickland told developers last week after hearing details of the project.

Commissioners Leo Blundo and Bruce Jabbour have both endorsed the project.

“This is very exciting,” Jabbour said.” I’m in favor.”

Racing at the track would run from late October until the end of May, if conditional approval is granted by the Nevada Racing Commission. Two weekly meets would feature 12 live races a day during the season.

Races would also be simulcast internationally from Pahrump.

“There is a major opportunity here,” said Jeff Zidek, a consultant on the project who’s experience includes 35 years in the horse industry as a track announcer and communications specialist. “The western part of the country has very few tracks.”

Additionally, the facilities in Pahrump would feature a training and education center that could play host to 4-H, Future Farmers of America and other community events, said Bohannon, who envisions an annual three-day festival that would open each season at the track over the long Nevada Day weekend.

“It’s about the community,” he said.

Developers say the project will be an economic boost to Nye County.

In addition to providing jobs, they say the Pahrump Valley Equine Performance Center of Excellence will draw thousands of visitors to hotels, restaurants and other area attractions.

The horse industry in the United States contributes $39 billion to the economy and supports 1.4 million jobs on a full-time basis, according to the American Horse Council.

While the proposal will be required to seek public input, no one from the audience opposed it as developers announced their plans last week at a county commission meeting.

Still, developers anticipated concerns and have outlined plans to mitigate them.

Track surfaces will be selected to help reduce threats of dust and erosion, they said. Sound barriers will help curb noise from the track and lighting will be limited after 10 p.m.