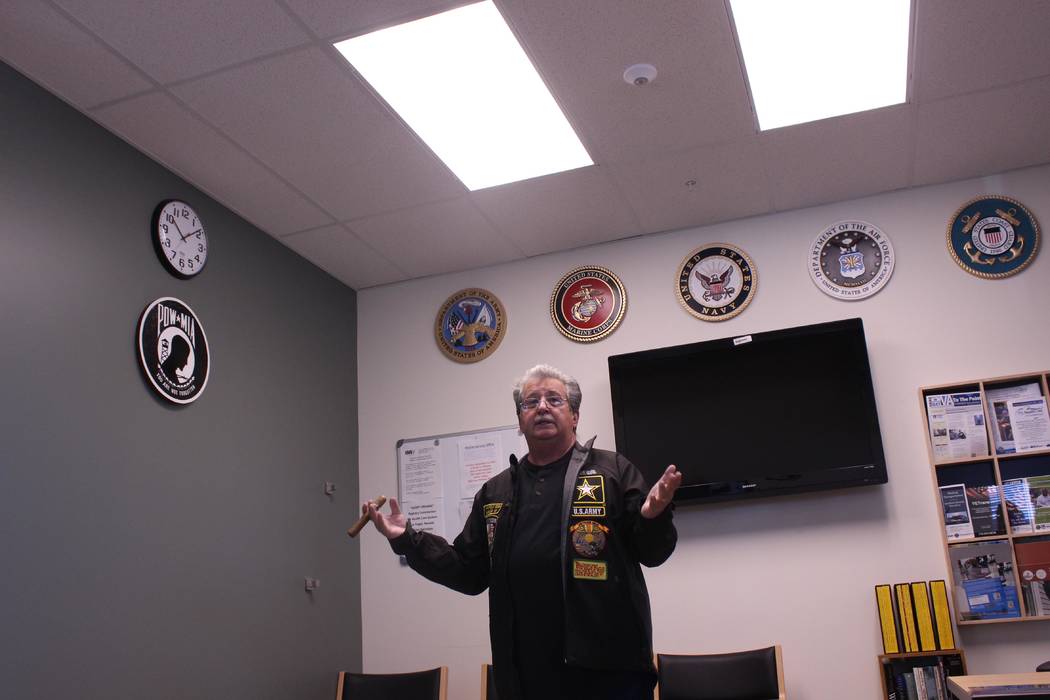 Jeffrey Meehan/Pahrump Valley Times U.S. Army veteran Bernie Cusimano speaks at the Pahrump VA Community Based Outpatient Clinic about the instillation of several plaques bearing the seal of the five branches of the U.S. armed forces on Sept. 22, 2017. Cusimano and several other veterans worked for nearly two years to get the symbols hung at the clinic. 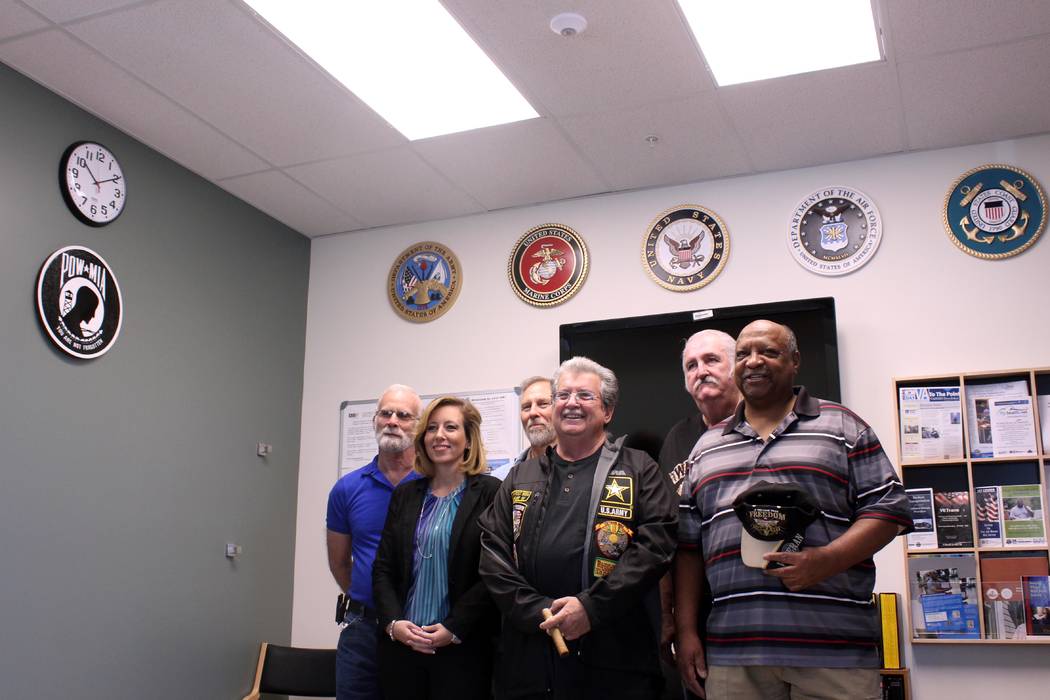 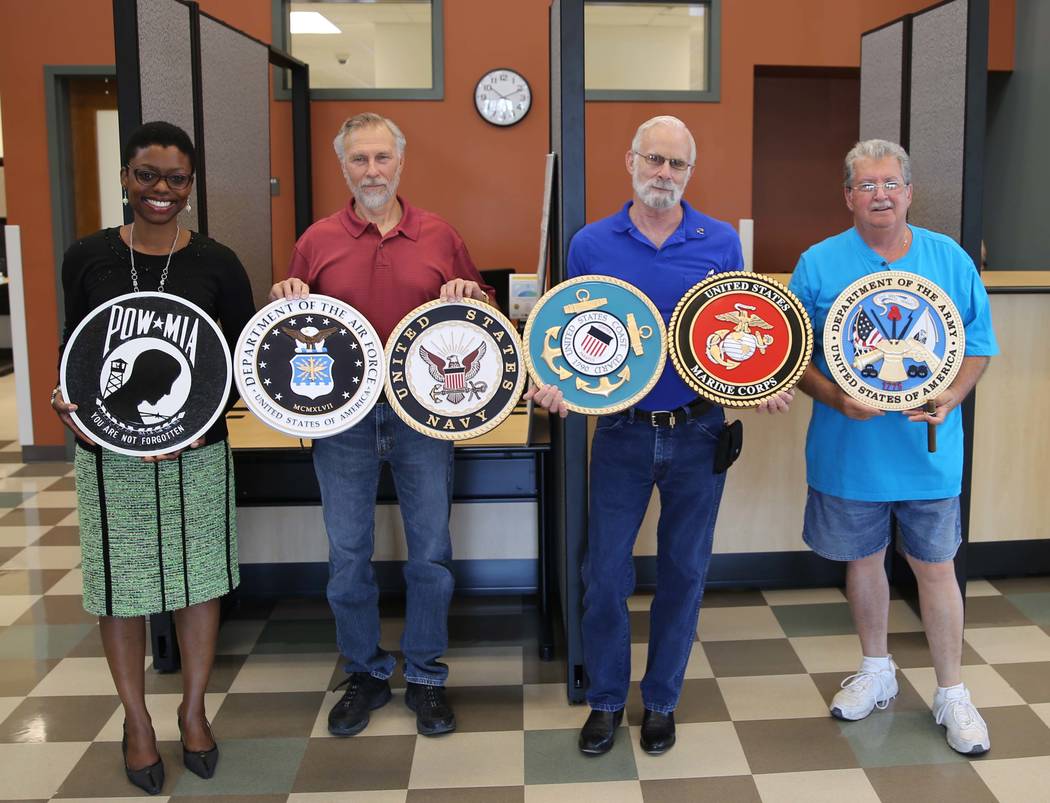 A group of local veterans of the U.S. armed forces gathered to recognize the installation of several plaques at the Pahrump VA Community Based Outpatient Clinic in September.

Each plaque bore the symbol of one of the five branches of the U.S. armed forces and another was hung for prisoners of war.

The group, led by U.S. Army veteran Bernie Cusimano, gathered at the Pahrump VA clinic at 220 Lola Lane on Sept. 22, 2017 to recognize the plaques being hung. Cusimano was joined by several other veterans who worked to see the plaques hung at the clinic.

“We started it, and I want to acknowledge all the people that started it and thank everybody,” Cusimano said.

The symbols were hung behind the check-in area at the Pahrump VA clinic in order of the Army, Navy, Marines and the Air Force, from left to right, which is mandatory. The prisoners of war symbol sits on another wall adjacent to the other symbols.

Cusimano said it was the end of the long process.

It took nearly two years for the group to realize the end goal, he said.

Some of the original veterans involved in the process were Pahrump Veterans of Foreign Wars Commander Tom Vick, Cusimano and Kyler Samuel Escalera, just to mention a few.