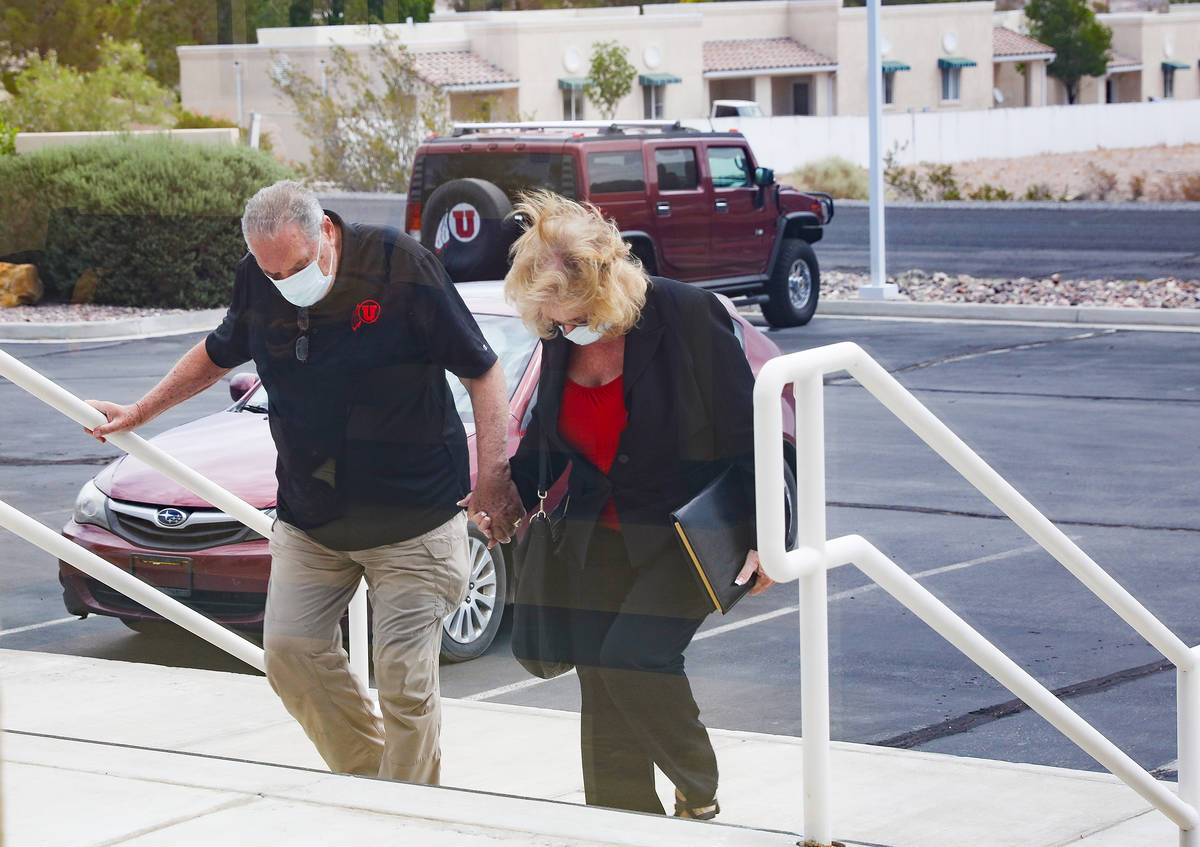 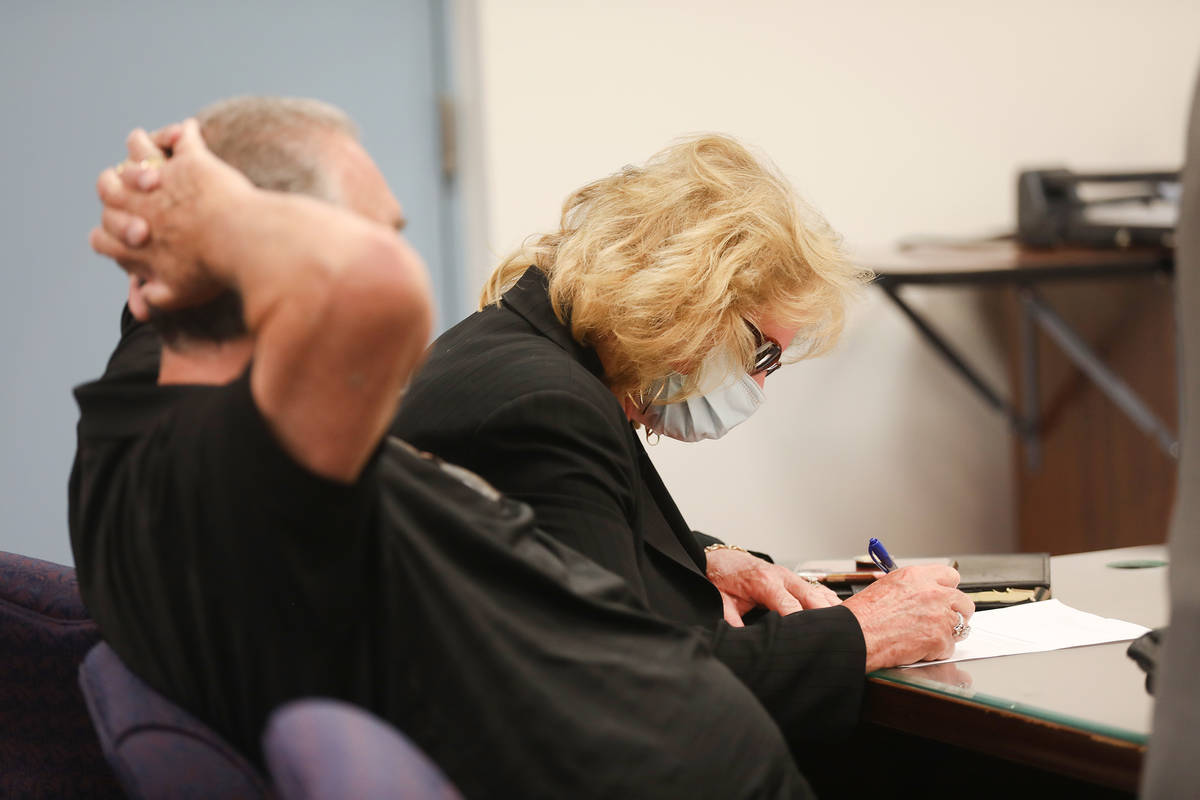 Patricia Chappuis, seated beside her husband and co-defendant in a massive child abuse case, signs a document to waive her right to a preliminary hearing as part of a deal with prosecutors during a hearing in Beatty Justice Court on Monday, July 19, 2021. (Rachel Aston/Las Vegas Review-Journal) @rookie__rae 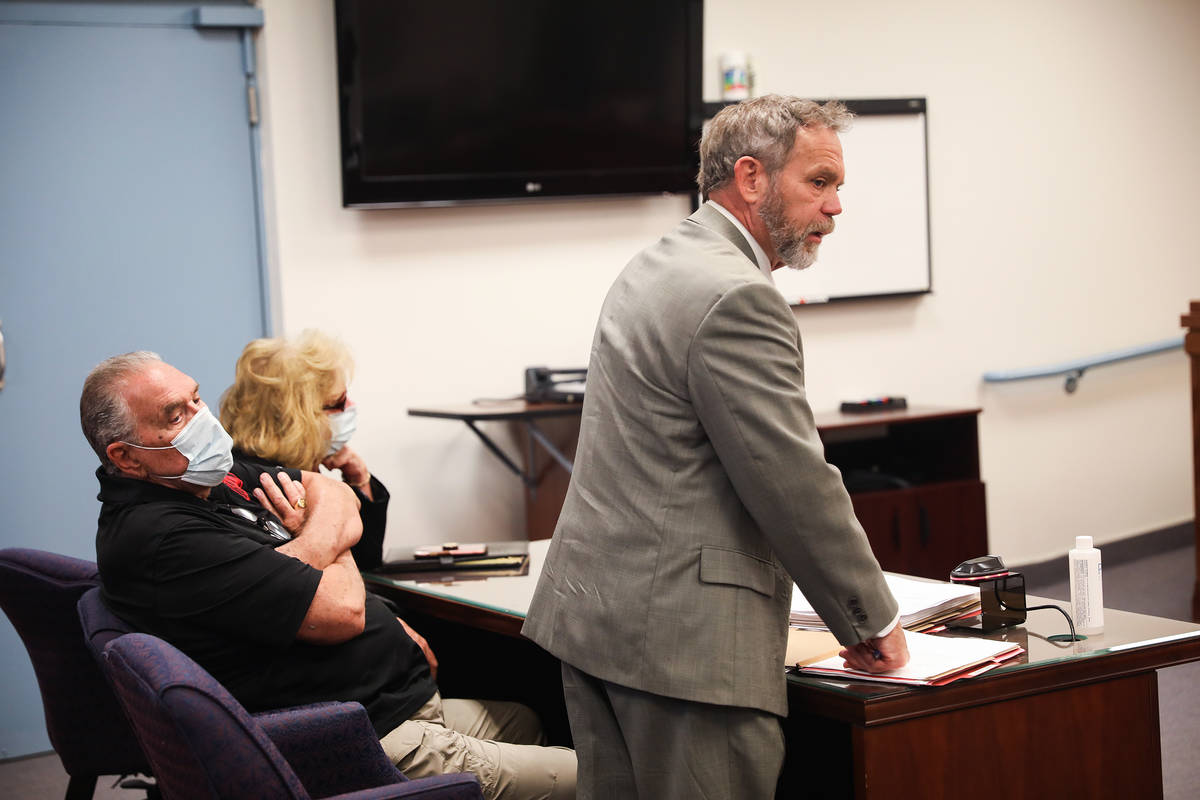 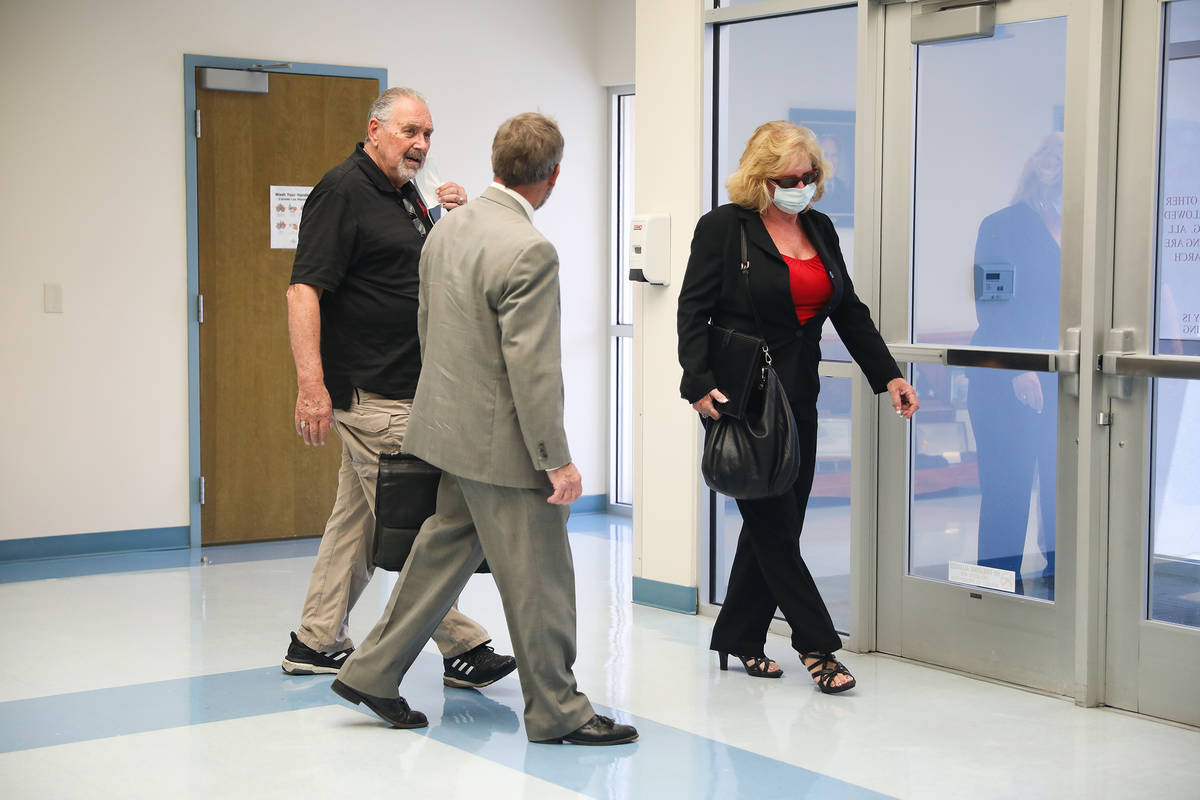 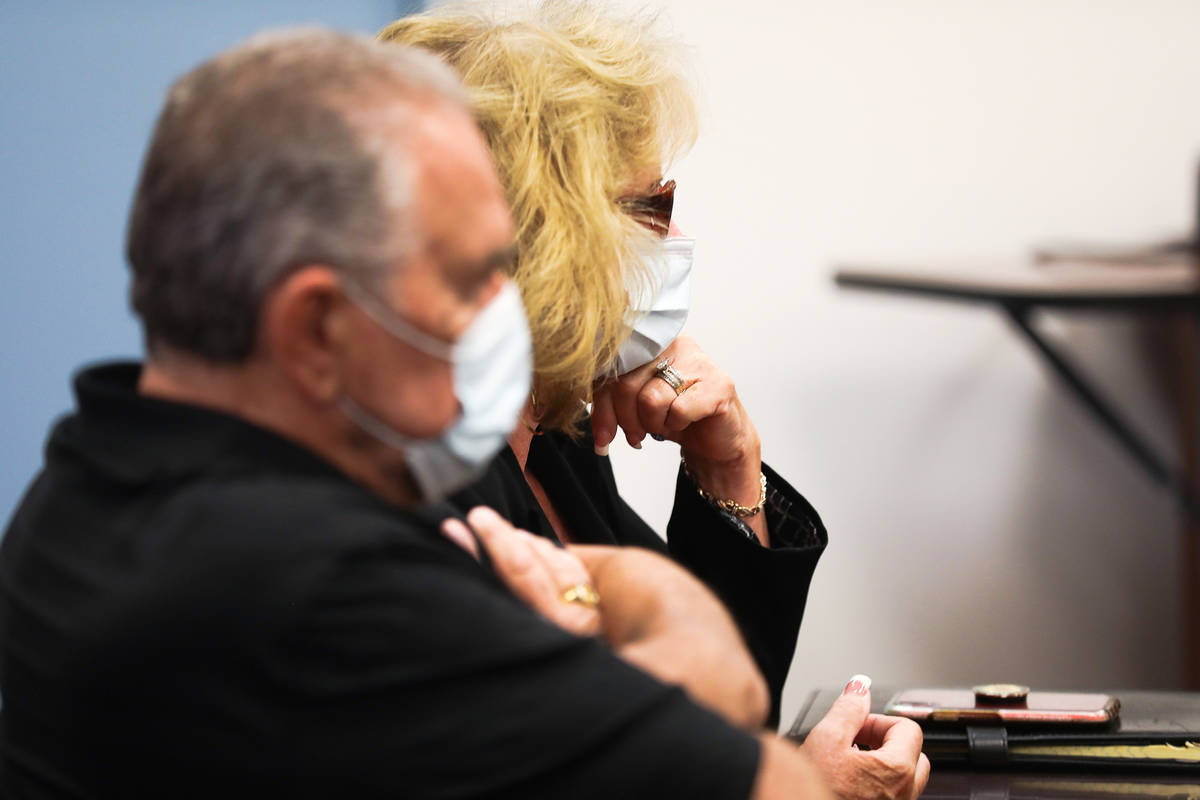 A plea deal with Nye County prosecutors, which was more than two years in the making, allowed Marcel and Patricia Chappuis, the married owners of Northwest Academy, to skirt prison time and a combined 92 felony counts of child abuse or neglect. It also signaled an end to a criminal case that has moved slowly through the Nye County court system since 2019.

Marcel Chappuis, a 75-year-old psychologist, pleaded no contest on Monday in Beatty Justice Court to two misdemeanor counts of disturbing the peace. His license to practice in Nevada expired in December.

When the deal was first announced in April, during a brief court hearing, the psychologist was expected to plead no contest to four misdemeanor counts.

Meanwhile, his 68-year-old wife waived her right to a preliminary hearing on Monday. She will plead guilty to a gross misdemeanor count at a later date in Tonopah District Court, according to Thomas Gibson, the couple’s attorney.

“We never thought it was a righteous case to begin with,” Gibson later told the Las Vegas Review-Journal outside the courthouse. “But considering all the different charges and whatnot, it was in my clients’ best interests to try to negotiate.”

Through Gibson, the couple on Monday maintained that they are innocent.

John Friel, the prosecutor who handled the case, deferred a request for comment to Nye County District Attorney Chris Arabia, who could not immediately be reached Monday.

As part of the deal, prosecutors will not seek jail time or probation. Instead, each will pay a $2,000 fine.

Under Nevada law, a gross misdemeanor is punishable by up to one year in jail, and a misdemeanor carries a six-month jail sentence.

Felony child abuse carries up to 20 years in a state prison, according to Nevada law. Marcel and Patricia Chappuis each were originally charged with 45 counts.

The felony counts represented each child enrolled at the couple’s private boarding school for “troubled youth” in its final year of operation, between February 2018 and February 2019.

The plea deal settles all pending cases against the couple, according to Gibson.

State officials shut down Northwest Academy along state Route 373 near Mecca Road on Valentine’s Day 2019, a day after the couple was arrested in Las Vegas. They posted bail later that evening and have been out of custody since.

The boarding school made headlines in January 2019, when the Nye County Sheriff’s Office announced that it had opened an investigation into reports of abuse at the academy.

Days after news broke of the investigation, Patrica Chappuis told a Review-Journal reporter: “There have been a multitude of inaccuracies and falsities reported. There have been no findings of abuse or neglect by Sheriff (Sharon) Wehrly or any of the licensing boards.”

She and her husband were arrested weeks later.

Soon after, the Review-Journal launched its own investigation into the couple’s little-known private school, and in May 2019 published a four-part series titled “Deserted in the Desert” that uncovered multi-agency failures in Nevada that allowed problems at the school to go unaddressed for more than two years, including claims of child abuse and issues with its tap water.

Over the years, the school had racked up dozens of violations from the Nevada Division of Environmental Protection after the couple had stopped treating its tap water in October 2016, the newspaper’s investigation found, leading to high levels of arsenic and fluoride.

After Monday’s hearing, Marcel Chappuis paid his fine at the court clerk’s window, and the couple drove away in their red Hummer.