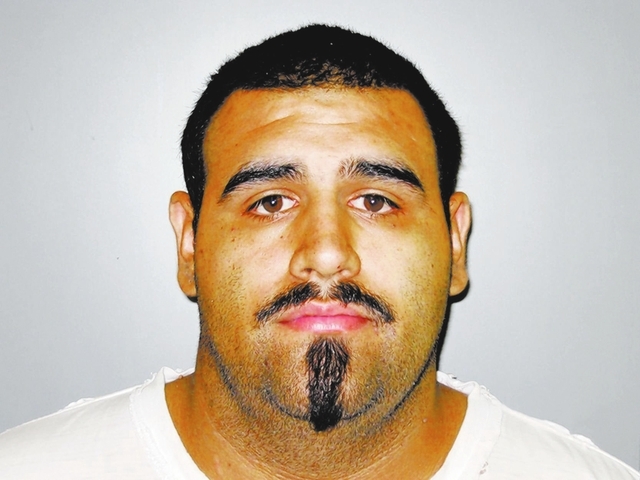 A 24-year-old man was arrested last week for allegedly having sex with a 15-year-old girl after police received a report the victim had written about the relationship in her journal.

Further investigation revealed the relationship had allegedly taken place over a period of two years.

Constantino Cardenas Jr. was taken into custody Friday on charges of lewdness with a child under the age of 14 and statutory sexual seduction.

According to the Nye County Sheriff’s Office, an investigation into the alleged relationship began after police received a report last week that the 15-year-old victim in the case had written in her journal that she had had sex with Cardenas.

During an interview with the girl, she allegedly further disclosed that she had been engaged in a sexual relationship with the man for the last two years, starting from before the time she was 14 years of age.

Police then located Cardenas for an interview about his alleged relationship with the teen.

A press release on the matter noted the statements the juvenile female gave to investigators about Cardenas’s relationship with the girl were allegedly confirmed through Cardenas’s interview with police.

Cardenas was subsequently placed under arrest and transported to the Nye County Detention Center to be booked into custody for the alleged offenses.

Due to the nature of the charges, an NCSO press release stated investigators are not releasing any further information about the case at this time to protect the identity of the victim.

Cardenas made his first court appearance on the allegations in Pahrump Justice Court Monday morning. Justice of the Peace Ron Kent reportedly set bail for the man before remanding him back into the custody of the sheriff’s office.

As of Tuesday morning Cardenas reportedly remained in custody at the local jail.