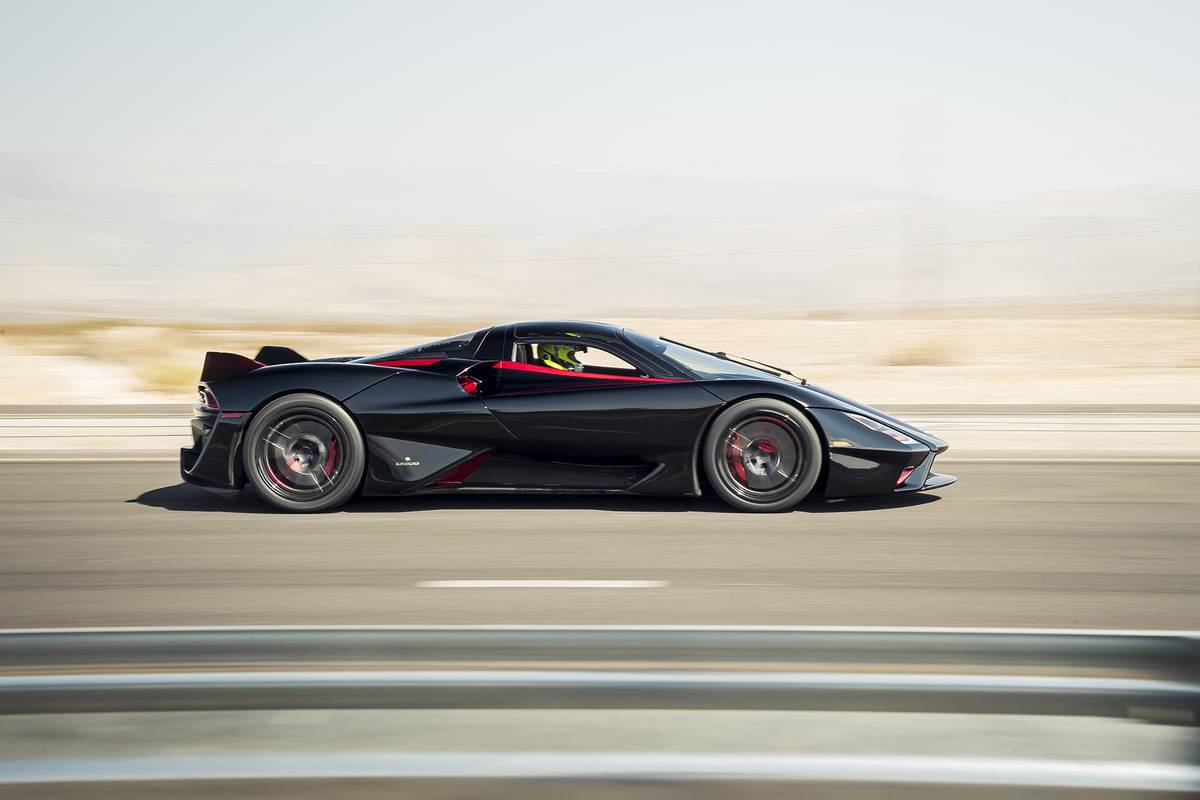 James Lipman/Special to the Pahrump Valley Times The 1,750-horsepower SSC Tuatara rocketed off the line on Highway 160, just east of Tecopa Road in October 2020. 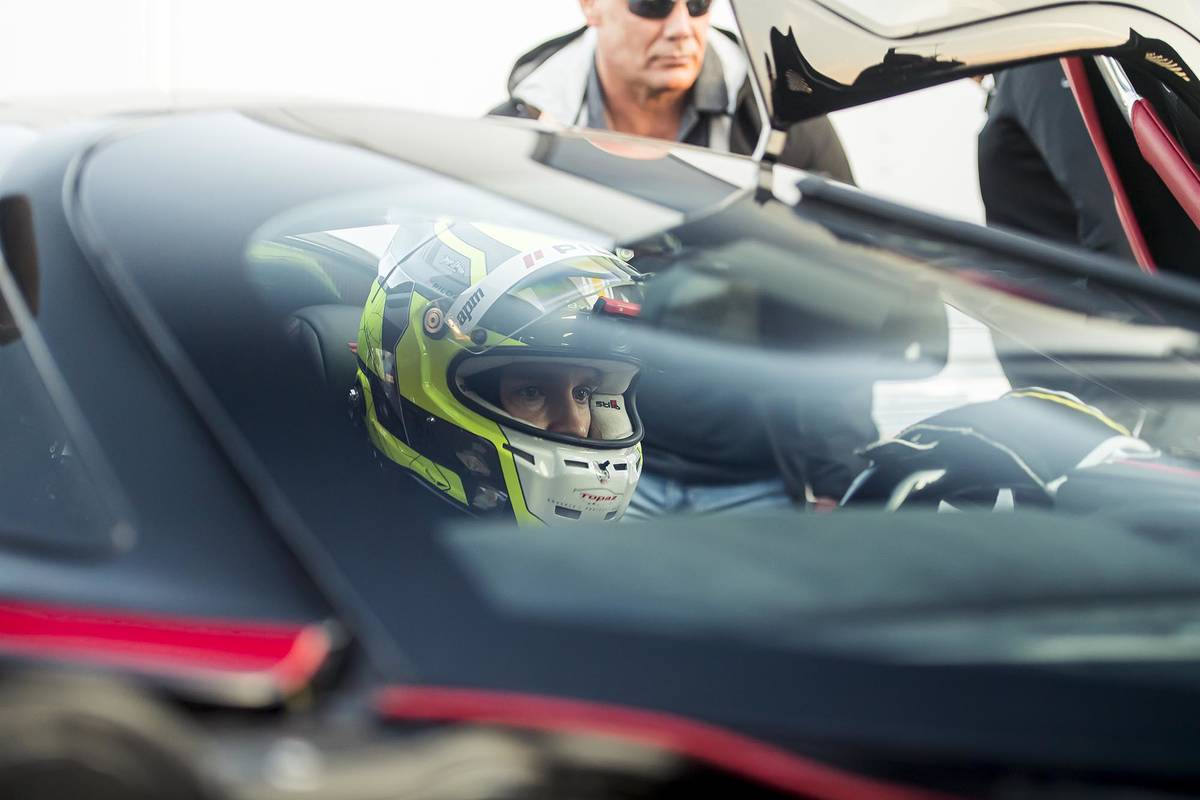 James Lipman/Special to the Pahrump Valley Times The SSC Tuatara, in accordance with the record criteria, had to travel in two opposite directions within one hour to take the record for fastest production vehicle in October 2020. The record was later called into question and rerun in January. 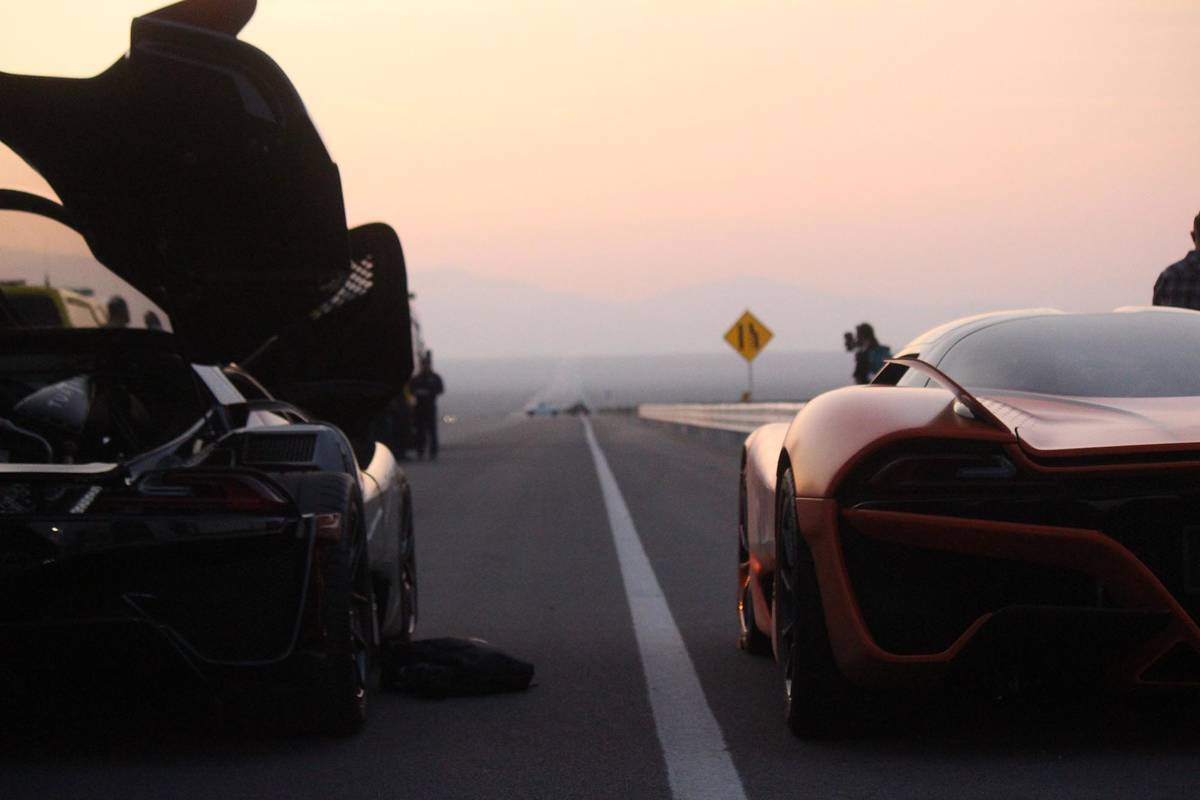 The record run announced in the fall of 2020 for Washington-based SSC North America’s 1750-horsepower Tuatara well outpaced the record set on the main drag into Las Vegas from Pahrump just a few years prior.

But the release of the video footage of the run led to a lot of scrutiny of the record run, especially from online. Not long after, Jerod Shelby, CEO of SSC, said the car would be rerun.

In January, SSC did just that at the Johnny Bohmer Proving Grounds at Space Florida’s LLF, Kennedy Space Center.

The official run was done on Jan. 17 at the space center, where the car ran a two-way average of 282.9 mph, which was far below the 331.15 mph average set on the southbound lanes on Highway 160 in October that was announced at that time. To comply with the record criteria, the Tuatara has to do a two-way run, and the average speed is used as the record.

The Tuatara ran 279.7 mph on its northbound run at the space center and 286.1 mph for its southbound run, giving the Tuatara the title of fastest production car at an average speed of 282.9 mph, according to data from SSC.

“We took a different approach this time in accelerating the car to the higher speeds,” said Shelby. “Larry Caplin, who owns the car, used a ‘drag race’ style of acceleration during the record runs, pulling full throttle and boost for 40-50 seconds. Back in October we were leaning into the speed much slower and used only about 20-25 seconds of full throttle and boost during the run.”

Shelby continued, “The difference is impressive both performance and operation-wise. Larry pulled off a run that was far more difficult, at least by a factor of four, than what we attempted in Nevada.”

SSC beat the previous record holder, the Koenigsegg Agera RS supercar, that swept down Highway 160 in 2017 to an average speed of 277.9 mph, reaching a top speed of 284.6 mph at that time.

Caplin, the driver and owner of the Tuatara used in the run, is looking forward for another run to break the 300 mph mark.

“I got a taste of full power in the top of seventh on the last run,” Caplin said. “I am excited to come back and break 300 mph.”