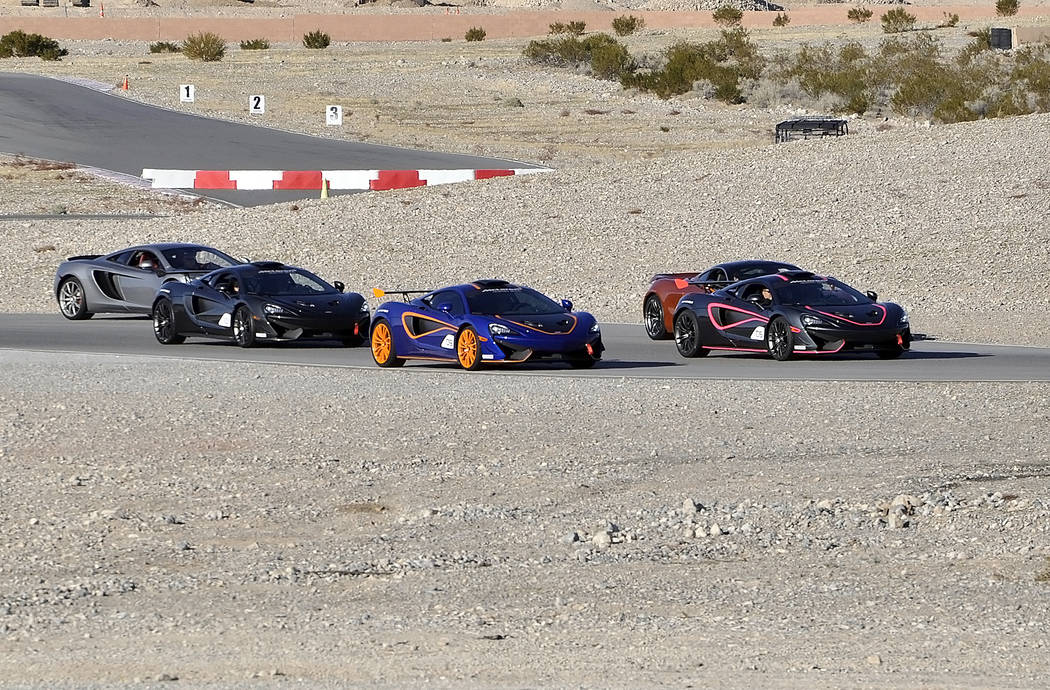 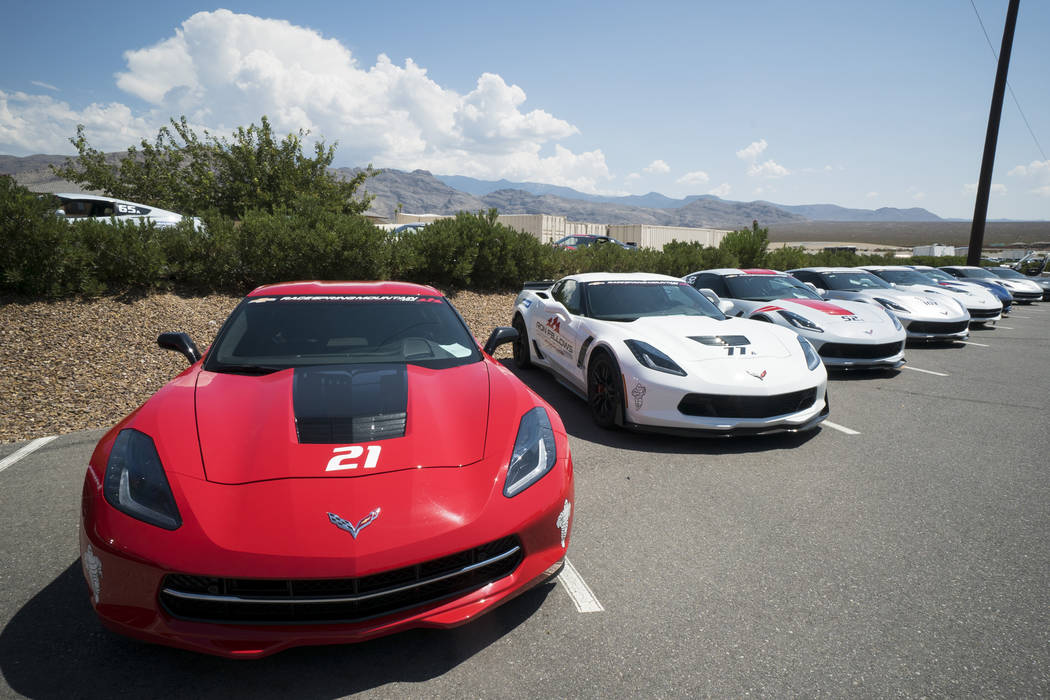 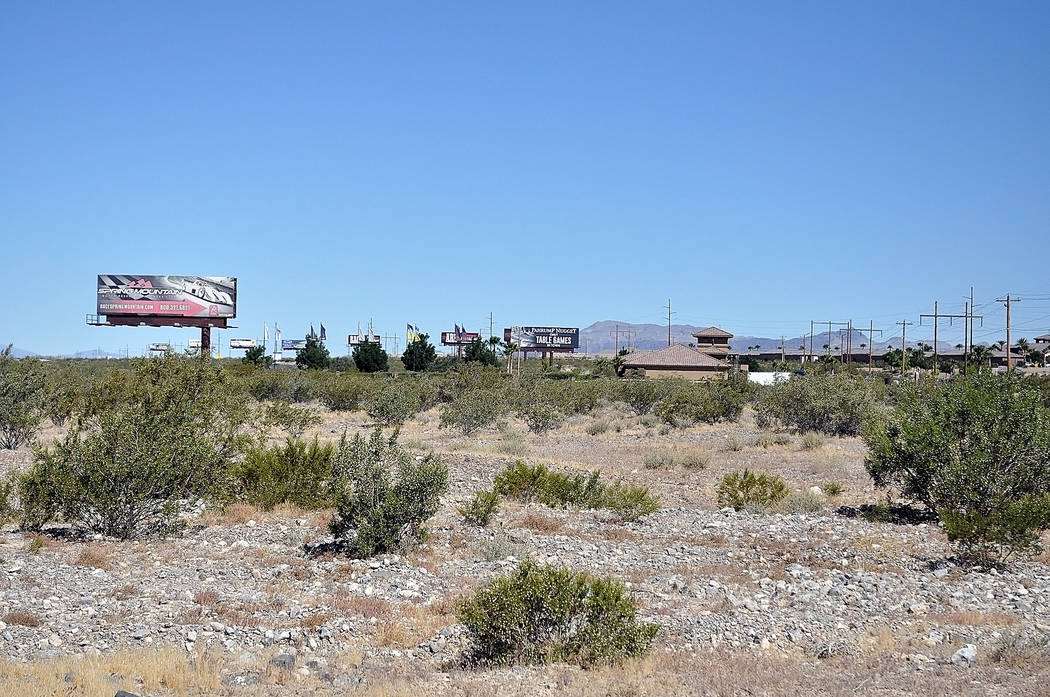 Horace Langford Jr./Pahrump Valley Times Spring Mountain Motor Resort and Country Club crossed a major milestone in its plan to expand its racetrack in Pahrump. Ownership at the race facility successfully bid on roughly 553 acres of land held by the U.S. Bureau of Land Management in January 2019. 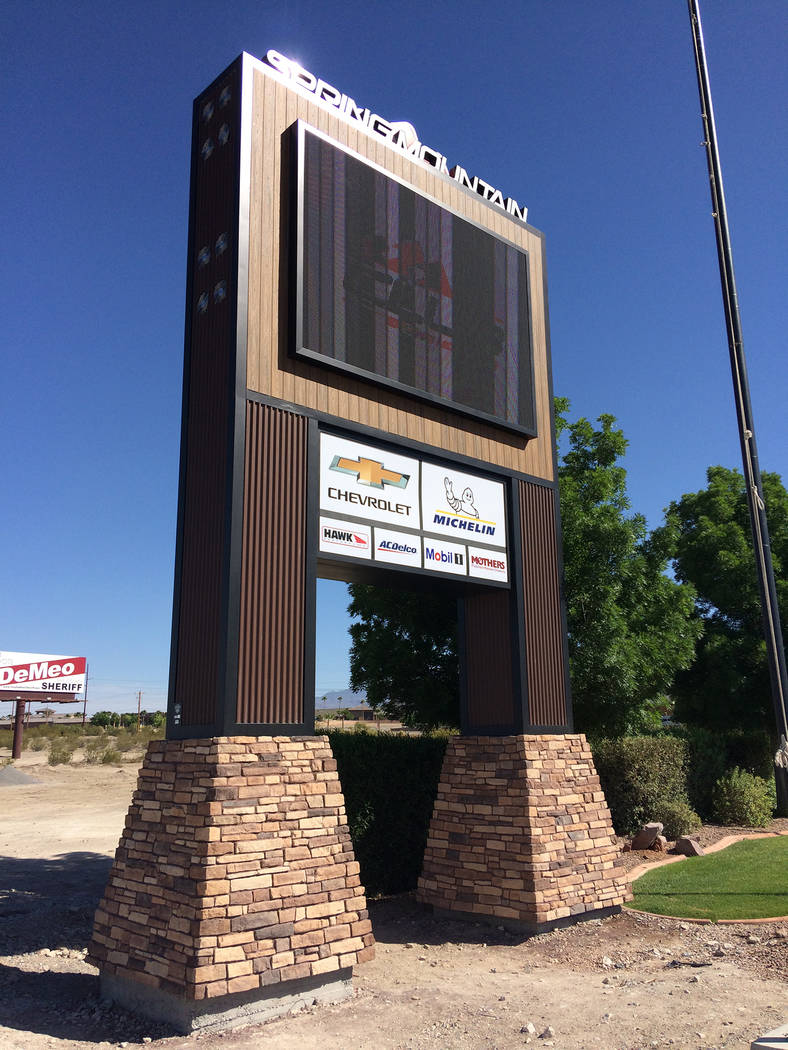 Robin Hebrock/Pahrump Valley Times Already a well-known destination for adrenaline lovers, the Spring Mountain Motor Resort and Country Club is on the way to expanding on an additional 605 acres in order to grow its raceway. The track is pegged to be the longest across the globe. 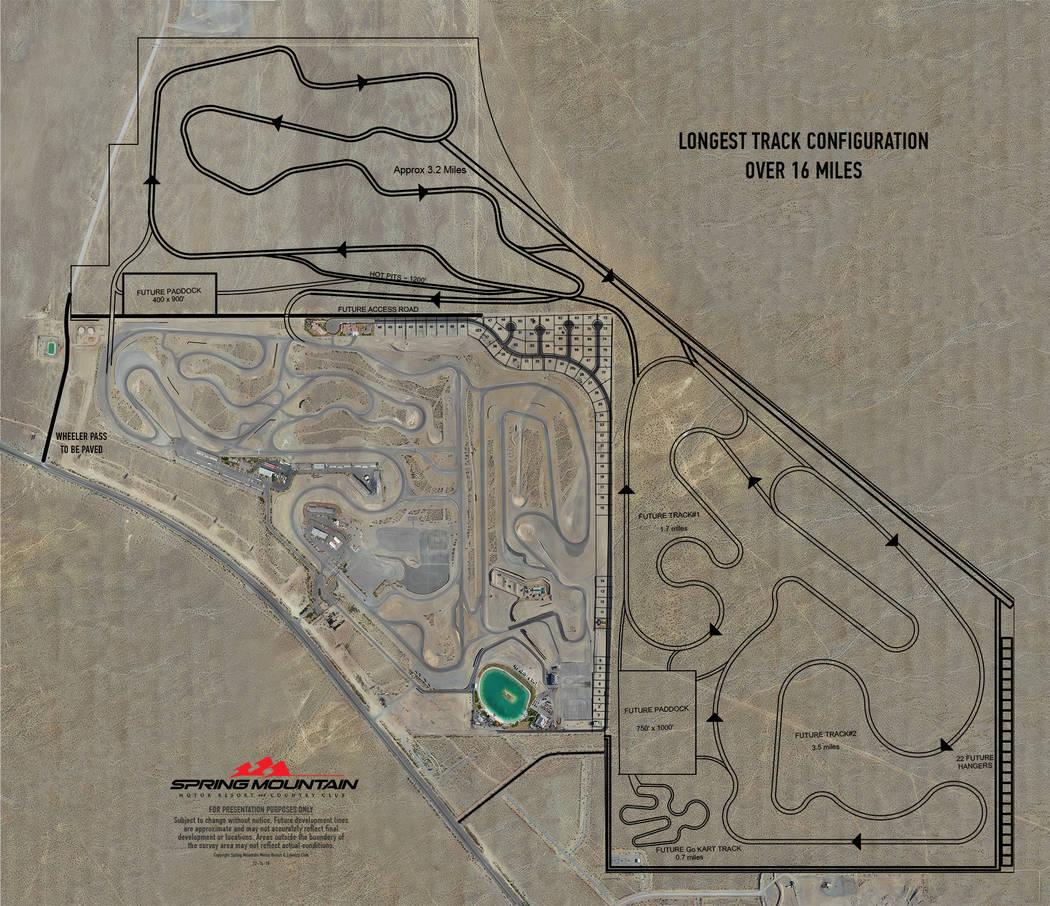 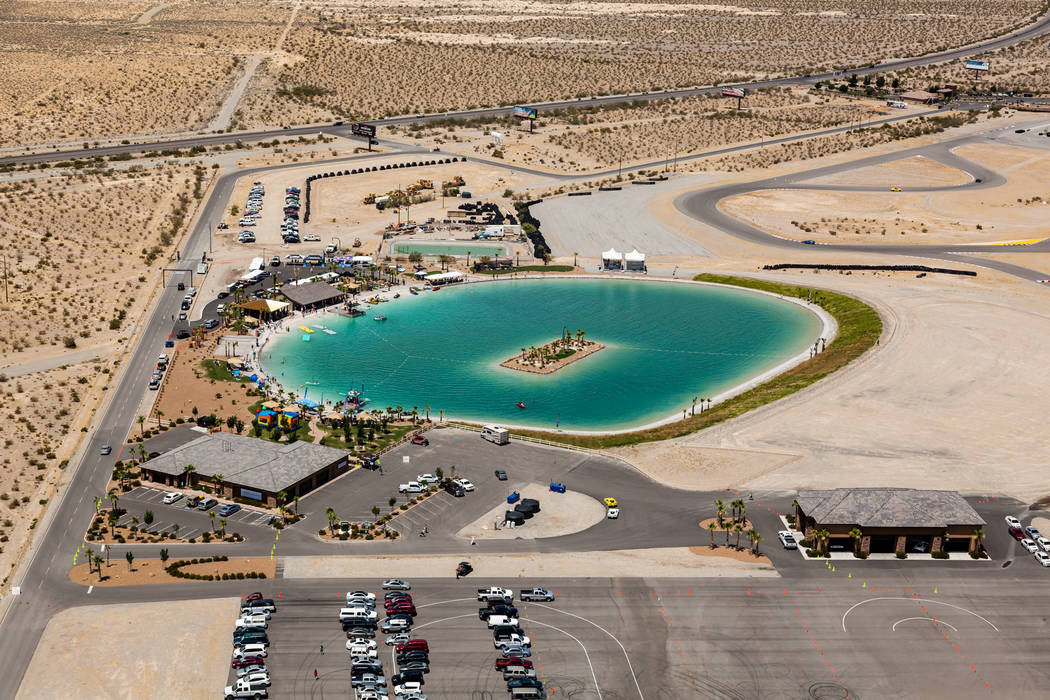 Special to the Pahrump Valley Times An aerial view of the four-acre lake at the Spring Mountain Motor Resort and Country Club.

Owners of Spring Mountain Motor Resort and Country Club charged ahead with a plan to expand the race facility’s track—a move that could increase Pahrump’s status as a global destination.

Spring Mountain Raceway LLC successfully bid on a 553-acre parcel held by the Bureau of Land Management adjacent to its current facility with a bid total of $1,257,000 in the first of two sales. The modified competitive sealed-bid sale, where Spring Mountain was the sole bidder, took place in the second half of January, according to information from the BLM.

John Asselin, public affairs specialist for the BLM, Southern Nevada district office, said in an email in early 2019 that the “amount is above fair market value and was accepted by the BLM.”

“We’re thrilled to continue this development to further our vision of Spring Mountain as a world-class motor-sports facility,” said CEO and co-owner of Spring Mountain Motor Resort and Country Club John Morris in a news release. “The acquisition of the latest parcel of land from the BLM will allow us to immediately begin our track expansion for club members, driving school students and guests.”

Morris continued, stating, “Deepest thanks to the staff at the BLM, who worked tirelessly on behalf of this acquisition, which is a result of years of planning and the cooperation of multiple governmental entities. The new land and the expansion bring us to grow closer to our goal of becoming the longest racetrack in the world.”

The sale was phase one of a two-part sale.

The second phase of sealed bidding was set to occur from Aug. 16-23 on 68 additional acres of land. The bids were pegged to open on Aug. 30.

“Spring Mountain Raceway LLC paid 20 percent of the sale price on January 18, and has 180 days to complete final payment for the BLM to issue patent on the land,” according to Asselin.

The two sales together were set to add 621 acres to the current facility.

According to a news release from Spring Mountain, the additional 553 acres will give the facility a footprint of 866 acres.

Spring Mountain planned to make immediate improvements to the new property following the January 2019 purchase, starting with a 3.02-mile track extension, according to a news release from Spring Mountain in early January.

Phase two of a planned two-part extension of the racetrack will bring an additional 7 miles of new track. Once that occurs, Spring Mountain will be “home to the longest road course in the world,” the release stated.

Plans for the phase one expansion included “new buildings and a paddock area to be used for a myriad of track operations,” a release stated. “Also, an interior road located near the West Track will be constructed to connect the existing tracks to the new road course and future road courses.”

Plans also included the paving of Wheeler Road, just adjacent to the race facility, “to accommodate a future entrance into the facility for spectators and track rentals,” according to the release in early 2019.

The track was founded in 2004 by partners John Morris and Brad Rambo.

The facility not only contains a racetrack, but also a clubhouse, luxury condominiums, a freshwater lake and the Spring Mountain Estates, a housing development.

The facility’s services includes “performance driving instruction, track rentals, team-building activities, performance vehicle sales and more,” according to a news release from the facility in early 2019.

Plans are also in the works for new commercial space and a casino-hotel at Spring Mountain’s campus.

Documents with the Nye County Recorder’s Office show a sale of nearly eight acres, a portion of an almost 22-acre parcel, being sold at a cost of nearly $3.8 million to Majestic Pahrump Holdings in July 2018. Roski is listed as the manager with the Nevada Secretary of State’s office for Majestic Pahrump.