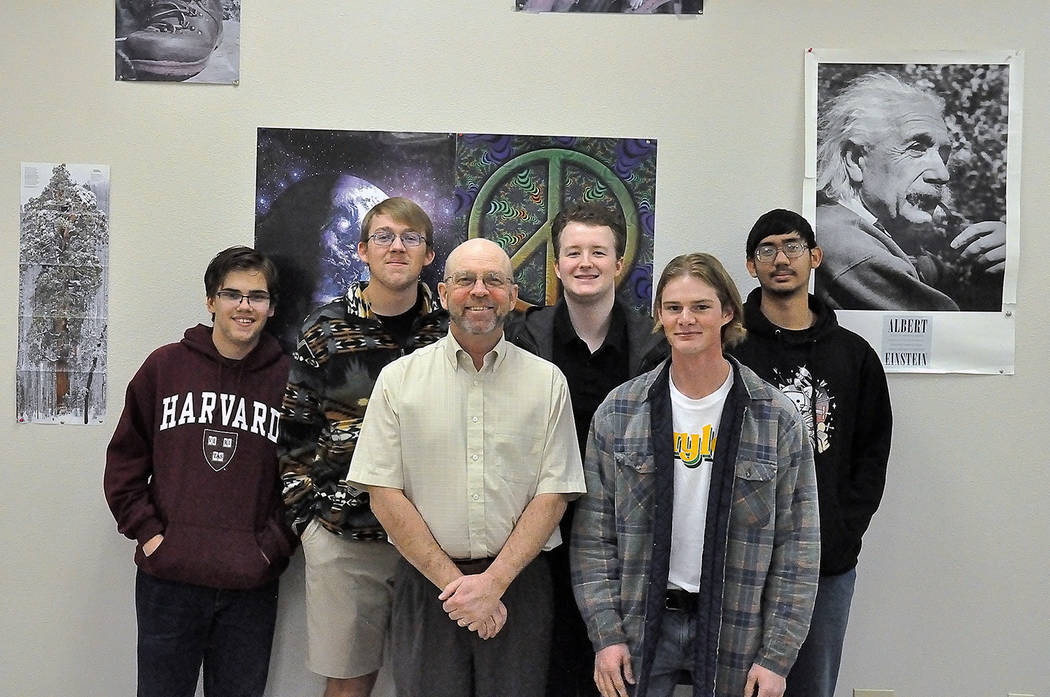 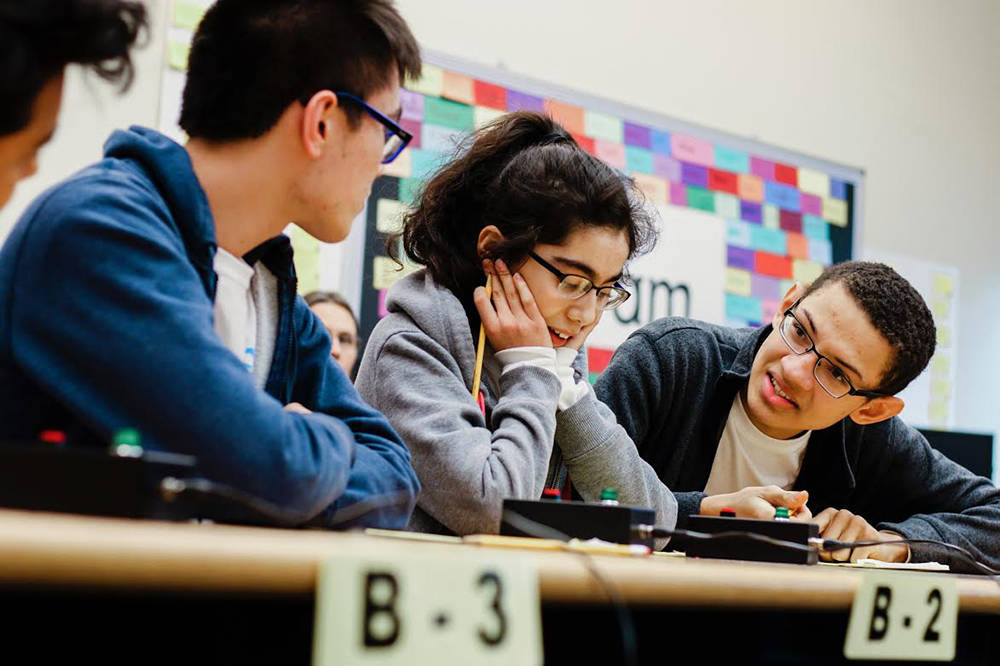 Special to the Pahrump Valley Times The Nevada Science Bowl is set for Saturday, Feb. 1 and Pahrump Valley High School will be competing against 25 other teams. 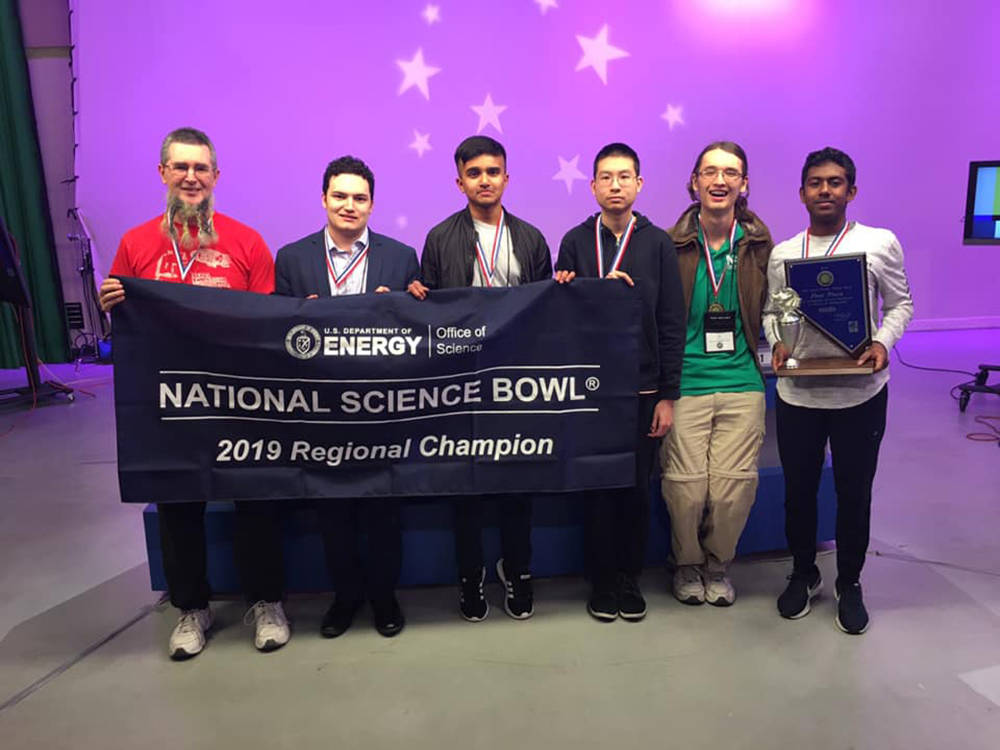 The Nevada Science Bowl is just around the corner and Pahrump Valley High School students are gearing up for another year of intense STEM competition as they vie for the championship, a chance to head to the National Science Bowl, bragging rights and even some money to support their school.

“The stage is set for a new team of high school students to be crowned champions of the Nevada Science Bowl competition Saturday, Feb. 1,” a news release from the National Nuclear Security Administration Nevada Field Office, a science bowl sponsoring agency, announced. “First-prize titleholders of the 29th annual event will be awarded $5,000 and will advance to the National Science Bowl in Washington, D.C., April 30 to May 4.”

PVHS’ Science Bowl team will be competing against more than two dozen other teams from all across the Silver State and even a team from Utah, and will attempt to unseat two-time Nevada Science Bowl champions Clark High School of Las Vegas.

All teams consist of one coach, an optional co-coach, four team players and one alternate per team. “The top 12 teams will receive cash prizes for their school’s math and science departments,” the news release stated. “Each year more than 15,000 students compete nationally for the opportunity to represent their school at the U.S. Department of Energy’s National Science Bowl, the largest and most prestigious science competition in the country.”

Leading the PVHS team will be high school math teacher and science club advisor Jim Paxton, who noted that the high school has participated in the Nevada Science Bowl every year, except for one, since 1999.

“My wife, Rhonda, started us going to the competition and I took over when she retired in 2012. The best we have done is tie for ninth place, several times,” Paxton detailed.

The PVHS team includes four high school seniors and one freshman. Students participating are Jackson Leighton, Logan Dykstra, Heath Johnson, Grant Odegard and Nathan Holl. They are going to the event with a full complement of support, with Nye County School District Superintendent Dale Norton telling the Pahrump Valley Times, “I’m very pleased for the Pahrump Valley High School students to participate. We look forward to the outcomes of the competition and wish them well.”

According to social media posts by the Nevada Science Bowl, the event will kick off on Friday, Jan. 31 at the National Atomic Testing Museum with mock competitions, rules presentations and more. The following day, Saturday, Feb. 1, the teams will head to Vegas PBS to take on the academic competition.

The academic competition will be hosted as a “Jeopardy” style tournament using round-robin and double elimination formats. Questions will be multiple choice and short answer.

“Students will answer questions from science, technology, engineering and mathematics fields in a fast-paced, question-and-answer format throughout nine rounds,” the news release stated. “Local weathercaster and news anchor Nathan Tannenbaum will host as master of ceremonies, moderating the final round of competition that will be broadcast on Vegas PBS.”

For more information on the state competition visit the Nevada Science Bowl’s Facebook page. For more on the National Science Bowl visit www.science.energy.gov