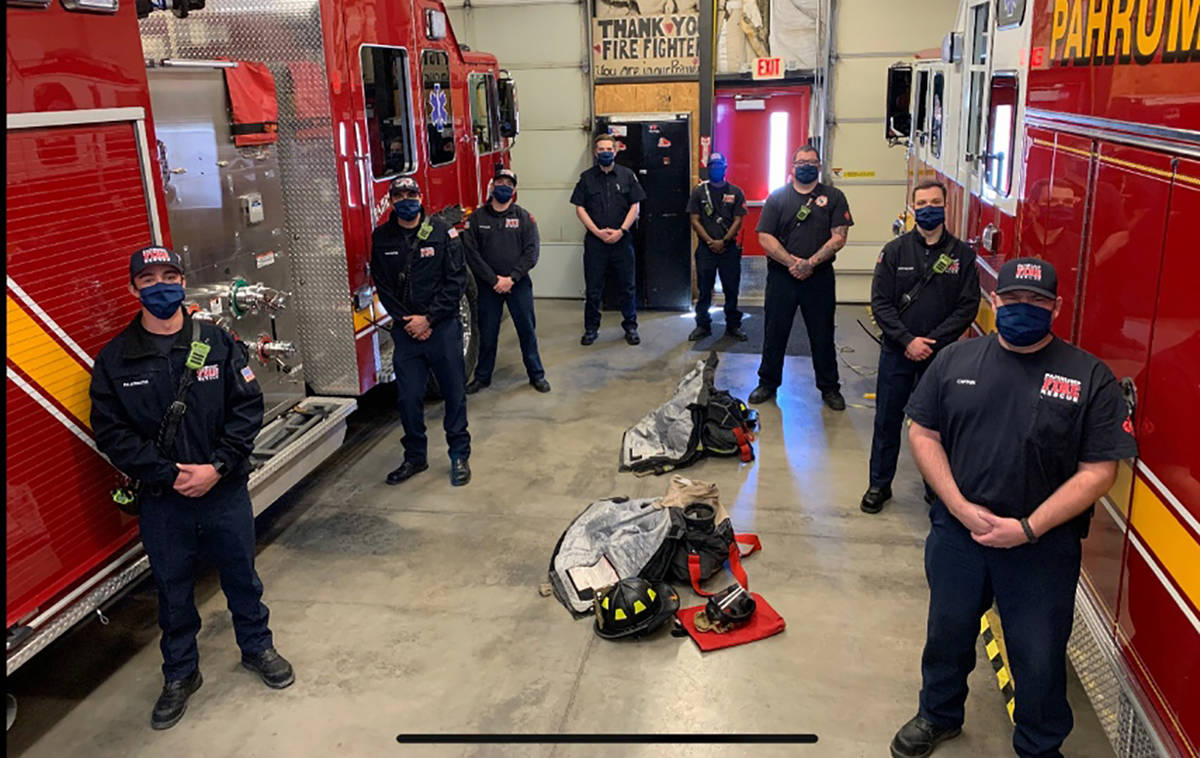 Special to the Pahrump Valley Times Scott Lewis, director of Emergency Management in Pahrump, said fire and EMS crews are exercising all precautions by way of personal protective equipment, and are being regularly tested for COVID-19 virus when deemed necessary. 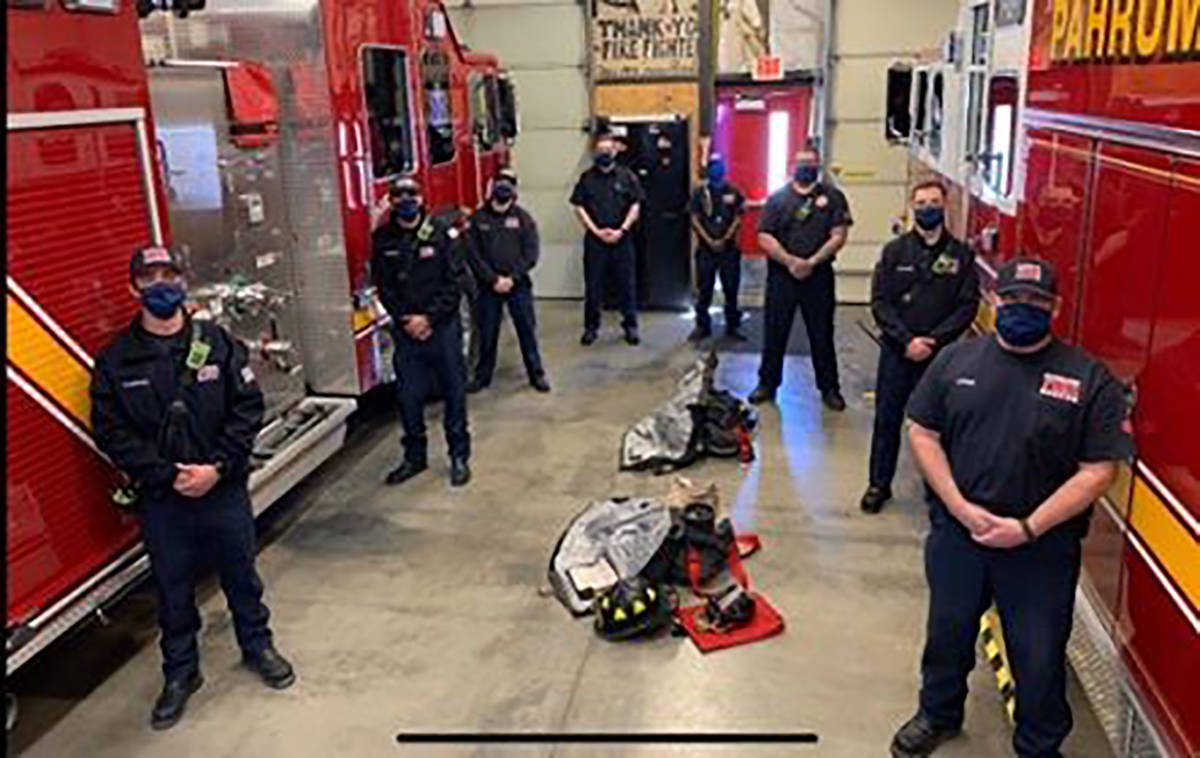 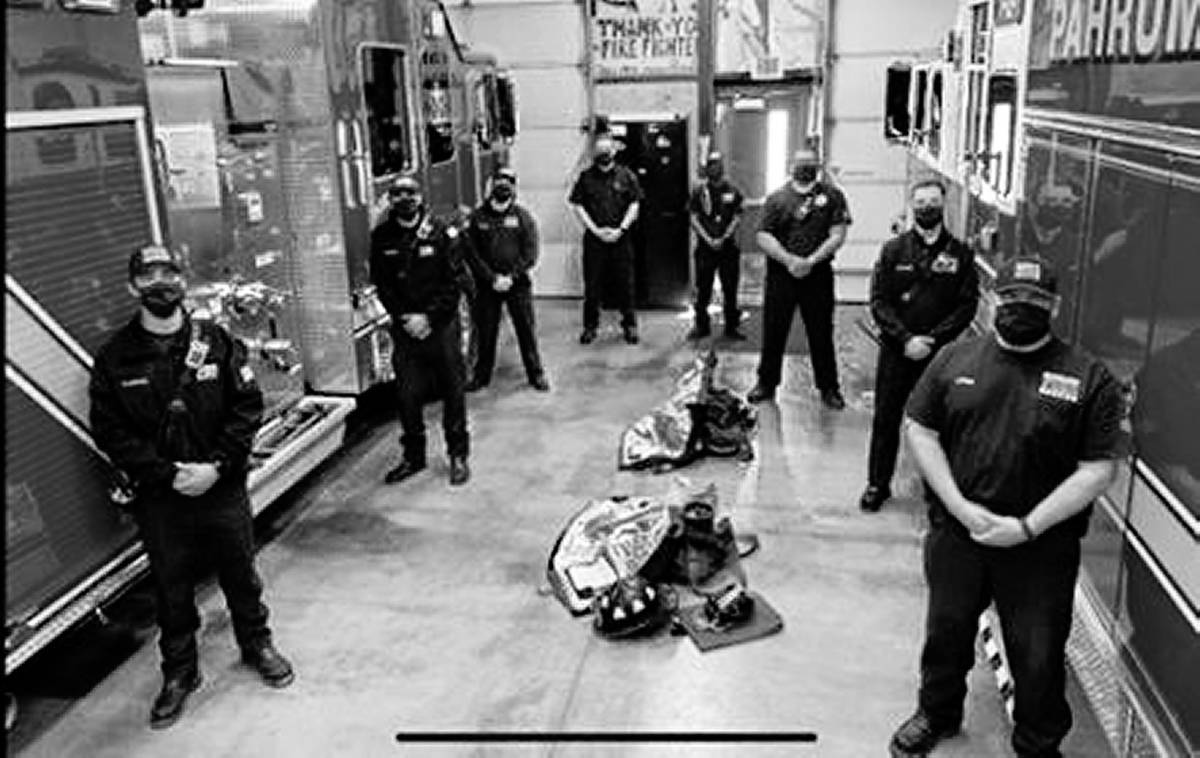 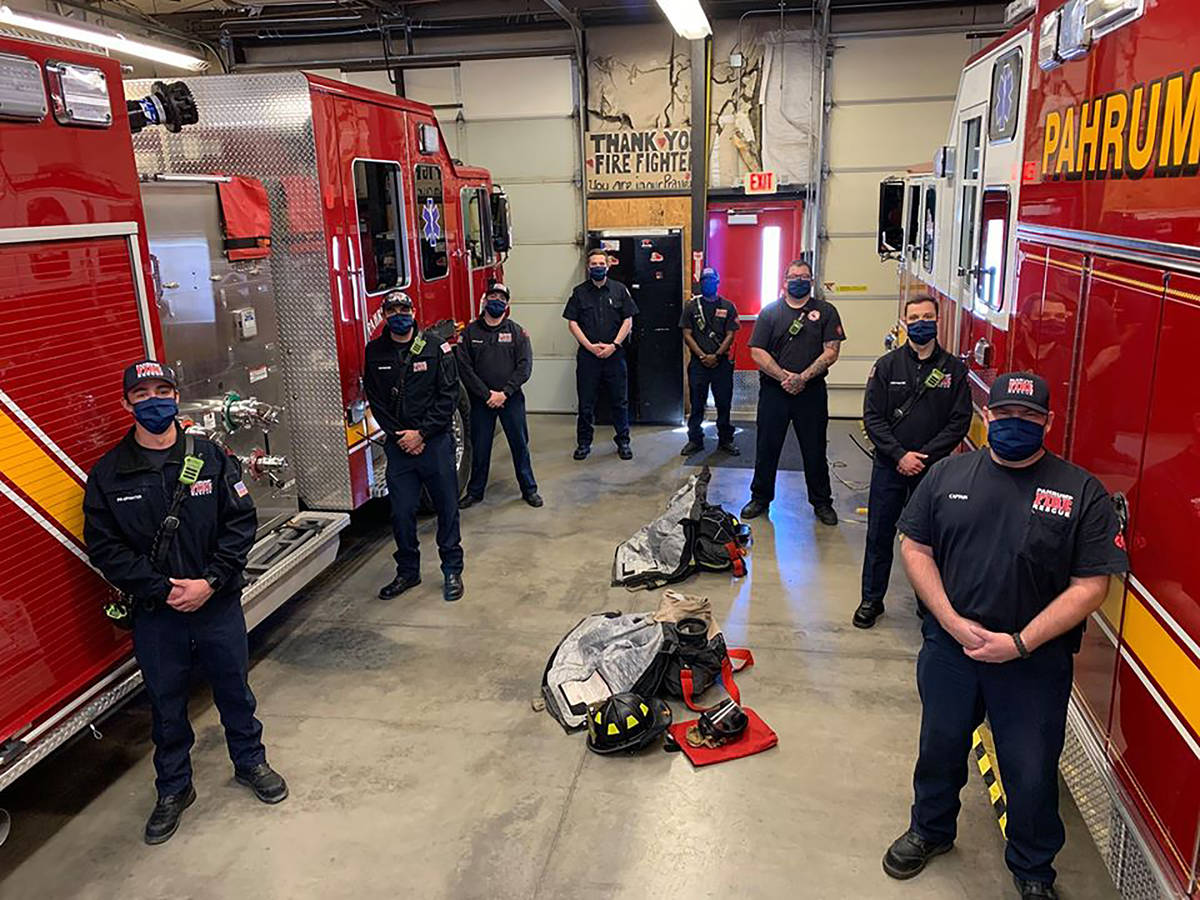 The Director of Emergency Management in Pahrump provided an update on the COVID-19 outbreak in Nye County.

“We are in the background investigations of those particular confirmations,” Lewis said. “Each time we get a confirmation, we fully investigate and determine whether there are any potential exposures or additional risks. We identified them and attempted in any way possible to mitigate them. We are in the process of that right now.”

Lewis also noted that Nye County’s rate, in terms of infections, is at present rising, as the tests indicate.

“In general terms, our curve continues to go up,” he said. “It’s all a result of the field testing and other testing done throughout the county. Once those tests are completed, we usually get at least several confirmations.”

Regarding how he and local first responders are handling emergency service calls amid the outbreak, Lewis said everyone appears to be holding up.

“The call volumes in general terms on the EMS side are down, however the seriousness of the incidents that we are dispatched to is up,” he said. “We’ve had serious fires and motor vehicle accidents. We’ve also had domestic-type incidences that you would normally see when you have trying times.”

Additionally, Lewis said he and his crews are also undergoing tests.

“When it is deemed necessary we are being tested,” he noted. “I was recently tested and I am negative. The only reason I was tested was because I came in perceived contact with an individual that later tested positive. I was never symptomatic. The crews are obviously working hard. The county government remains operational and we are exercising all precautions with personal protective equipment. Our resource request, to the closest degree has been answered. We received some equipment and it has been distributed to all of the rural areas throughout the county. Our emergency responders throughout the county are prepared. All things considered, it’s going pretty well.”

At present, no COVID-19 related deaths have been reported in Nye County.

On a final note, Lewis said individuals and families can get up-to-date information on the virus outbreak via a telephone call or by going online.

“We continue to get our messaging out through both http://nyecounty.net/ and for those who don’t have internet access, there’s also a telephone hotline, which is 775-751-4333,” he advised. “It prompts you through questions in different areas, and it’s also available in both English and Spanish.”