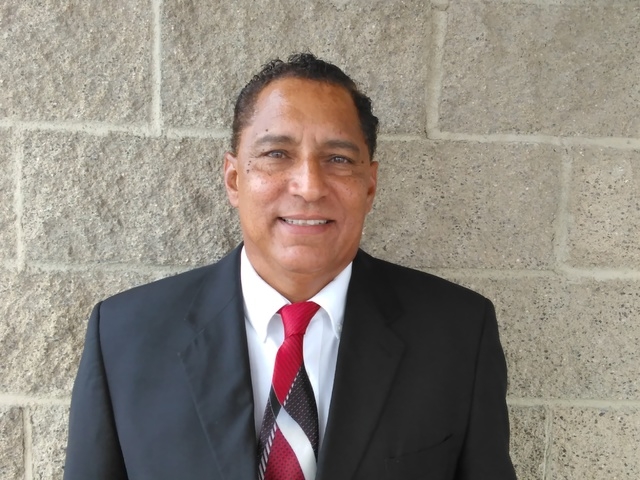 The 59-year-old Pahrump resident, who is a lifelong Republican, has never run for public office, which he considers a plus.

Grant said he decided to throw his hat in the ring for several reasons.

“The people need to have a voice for not only District II, but all of Nye County,” he said. “The people’s voices are not being heard by elected politicians.”

“The main challenge I believe is water,” he said. “We have to preserve our water because it’s very precious, especially in the rural areas. In the northern end of the county, we have ranchers and others who grow different crops. We have to come up with a practical idea on how to protect the individual well owners’ rights, but also protect our resources so we can continue to have the ranchers and crop growers.”

Grant believes that one major difference between himself and the other candidates is the fact he has been a pastor for the last 18 years.

“I have learned how to serve people in my capacity as a pastor,” he said. “You bring a lot of people together, especially families. I have counseled people on how to not ruin their careers because of drugs or alcohol abuse. I also have an ear for people and I listen. One thing above all else, is that I am loyal.”

As a fiscal conservative, Grant, a Vietnam-era veteran, is also a founding member and president of the Las Vegas Valley Tea Party.

“I have very, very deep core ideas regarding the Constitution,” he said. “Not just the First or Second Amendment that you hear some people talking about when invoking the Constitution. I am fiscally conservative because I know that running small ministries, you learn how to work within your budget when money comes in. I consider myself an American by birth, a veteran by choice and I call myself a conservatarian by core principles.”

Grant, a resident of Pahrump for more than five years, has scheduled a meet and greet at his home on 3051 W. Rand Lane next Saturday.

“It will be at my home May 28th, which happens to be the day after the Pahrump Valley Times debate,” he said. “It will begin at 12 noon for anyone who wants to come by. I’ll have hamburgers and hot dogs. I really want to hear the people’s concerns. A lot of candidates talk about what they are going to change, but I want to hear the people’s concerns. We are the ones who live here and purchase things at the stores and local businesses. We all need to be heard.”