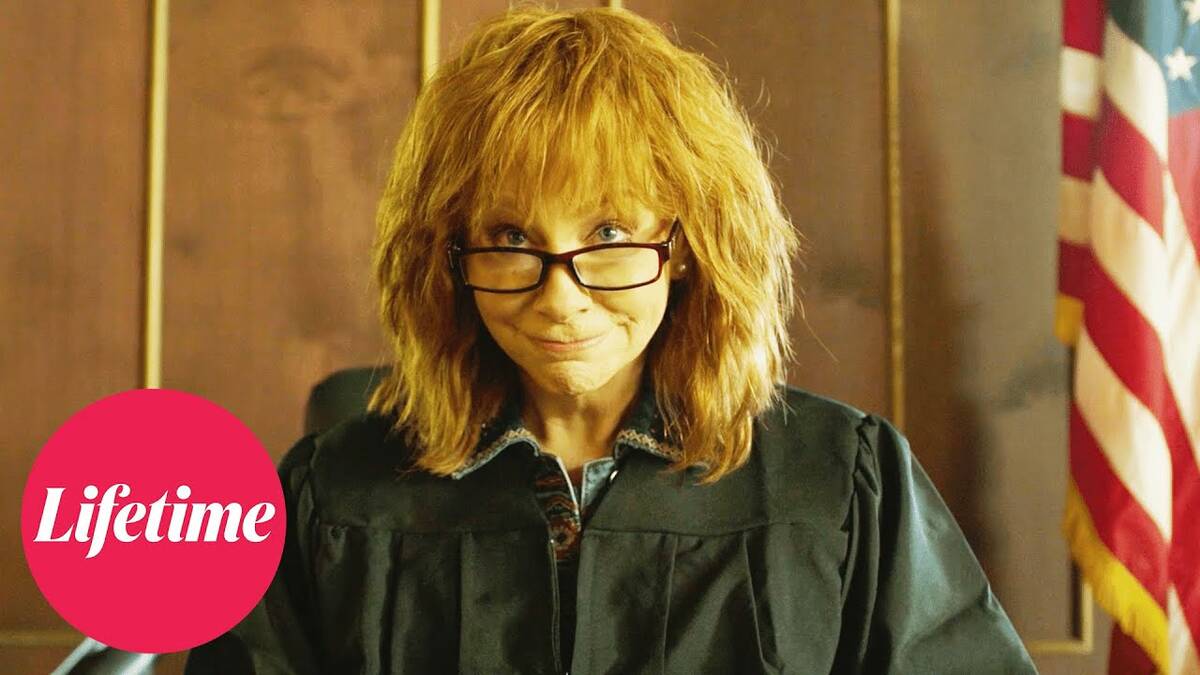 Following her election more than 10 years ago, Nye County Fifth District Court Judge Kim Wanker has tried countless cases in her courtroom. During that time, her no-nonsense approach toward defendants she’s convicted has earned her the moniker, “The Hammer.”

Wanker’s reputation caught the attention of a few Hollywood producers interested in making a movie based loosely on her tenure on the bench.

Wanker, who hosted a special screening of the movie before a packed house at Valley Electric Association’s Conference Center on Saturday, spoke about how it all came together. Attendees were also treated to free dinners from Pahrump’s Pete’s Meats, courtesy of Wanker.

The movie is best described as a biography, drama, thriller with a fair share of dark humor from an interesting cast of characters.

“Well, it’s actually fiction,” Wanker said. “The writers, Karen Wyscarver and Sanford Golden, followed me around on my travel rotation in 2014 and they wrote the movie, but I didn’t hear anything about it for a while. Then in January of 2022, they called and told me that the Lifetime Channel had bought their movie. Then in March, they called and told me that Reba McEntire would be playing me and that’s how this all came about.”

The town of Tonopah and the historic Mizpah Hotel are featured prominently in the movie.

Both Wanker and Judge Robert Lane regularly travel to Tonopah and parts of northern Nye County to preside over cases.

Wanker spoke about why she was chosen to be the protagonist of the picture.

“We’re one of the last few traveling circuit judges in the country,” she said. “It all stemmed from an article that was on the front page of the LA Times on Jan. 1 of 2013. They saw that article and came out and followed me on the travel rotation, so they thought they could make a story out of it.”

In the movie, McEntire studiedWanker for her role as Kim Wheeler, an attorney who is appointed as a judge for Nevada’s Fifth District Court following the death of the former judge. As the investigation into the judge’s death intensifies, Wheeler’s sister, who runs the local brothel, becomes the prime suspect.

The opening scene of the movie has Wheeler, speeding to Pahrump from Las Vegas at more than 100 miles per hour, when she is pulled over by a state trooper at gunpoint.

Once the trooper learns she is the new judge, he lets her go but not before Wheeler issues a stern warning to him with a distinct southern drawl.

“If I ever hear that you pulled your weapon on a traffic stop again, you and I will have a problem,” she says.

In another scene, Wheeler clobbers with her gavel a handcuffed prisoner who charges the bench to attack her.

Wanker spoke about how she got the nickname, “The Hammer.”

“I think it’s because I was just stern with people in the courtroom,” she said. I also like to give out chocolate gavels or hammers because that’s my thing, so I think that’s how the hammer nickname stuck. Any event that I go to, I usually take them.”

Wanker said she was elated to learn that McEntire would portray her in the movie.

“I was thrilled,” she said. “I love Reba McEntire and I don’t know anybody who doesn’t. She is very down to earth and she’s just as nice as you see her on TV.”

What’s ahead for the judge

Wanker said that she plans to run again when the time comes.

“We’re not up again till 2026 and our current term ends Jan. 3, of 2027,” she said. “I’m hopeful that Judge Lane will also run again with me. We’ve had some fun working together and hopefully that will continue.”

“The Hammer” can be streamed on the Lifetime Movie Network.