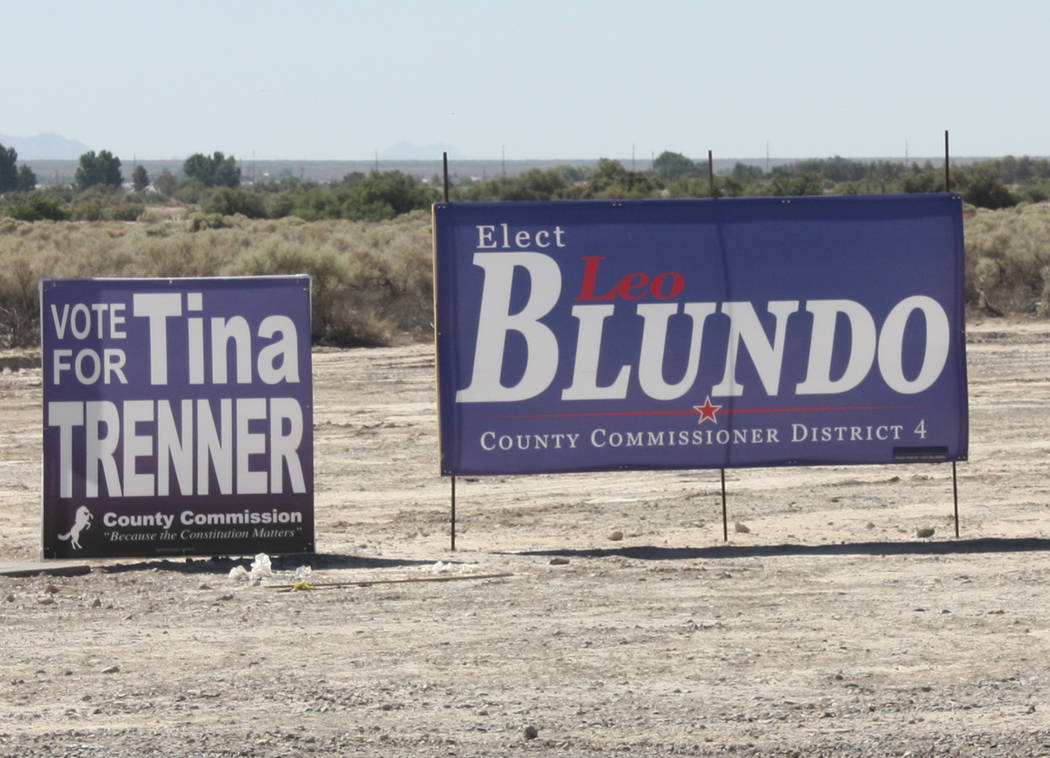 Robin Hebrock/Pahrump Valley Times In the Republican primary for Nye County Commission District 4, Leo Blundo and Tina Trenner were separated by only eight votes, leading Trenner to request a recount. The recount showed no changes in the votes. 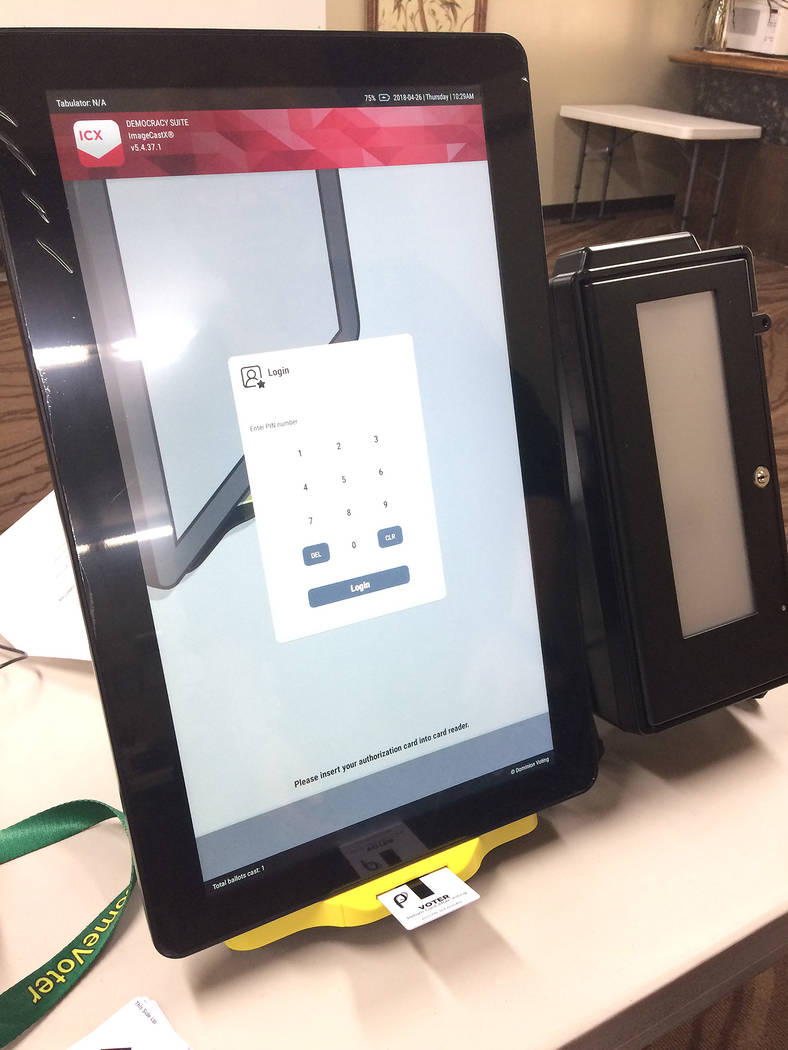 Robin Hebrock/Pahrump Valley Times Voters used all new election equipment this year and the issues reported regarding the new machines helped prompt Nye County Commission District 4 candidate Tina Trenner to request a recount of the primary results for her race.

Trenner explained that with so few votes separating her and the winner, Leo Blundo, she felt the effort of a recount was worth making.

The 2018 primary election ended with Blundo taking home 30.60 percent, or 355 votes to Trenner’s 29.91 percent, or 347, a difference of just eight votes. The other two commission District 4 candidates, Ron Boskovich and Walt Turner, received 322 and 136 votes, respectively.

Trenner cited reported problems with Nevada’s new election equipment this year as one reason she made the request, such as voters in Clark County voting twice. Trenner said that with such technical difficulties, she thought there was a possibility that the original count in Nye County may have been inaccurate.

However, the recount results showed no changes in the vote tabulations and Blundo’s win was confirmed.

In response to the results, Trenner simply stated she was, “not surprised.”

As for Blundo, he said he too was not surprised by the lack of change in the votes, having commented prior to the recount that he had confidence in the Nye County Clerk’s Office.

“Recounts are a part of the process and I commend my opponents in this race to represent you as a Nye County commissioner for District 4,” Blundo commented following the recount. “I am humbled to have your vote and support as a candidate with a voice of reason. Nye County Clerk Sam Merlino and her staff have done a thorough job past the primary and I look forward to the general.”

Blundo will be facing one contender in the 2018 General Election, Democrat Richard Goldstein.