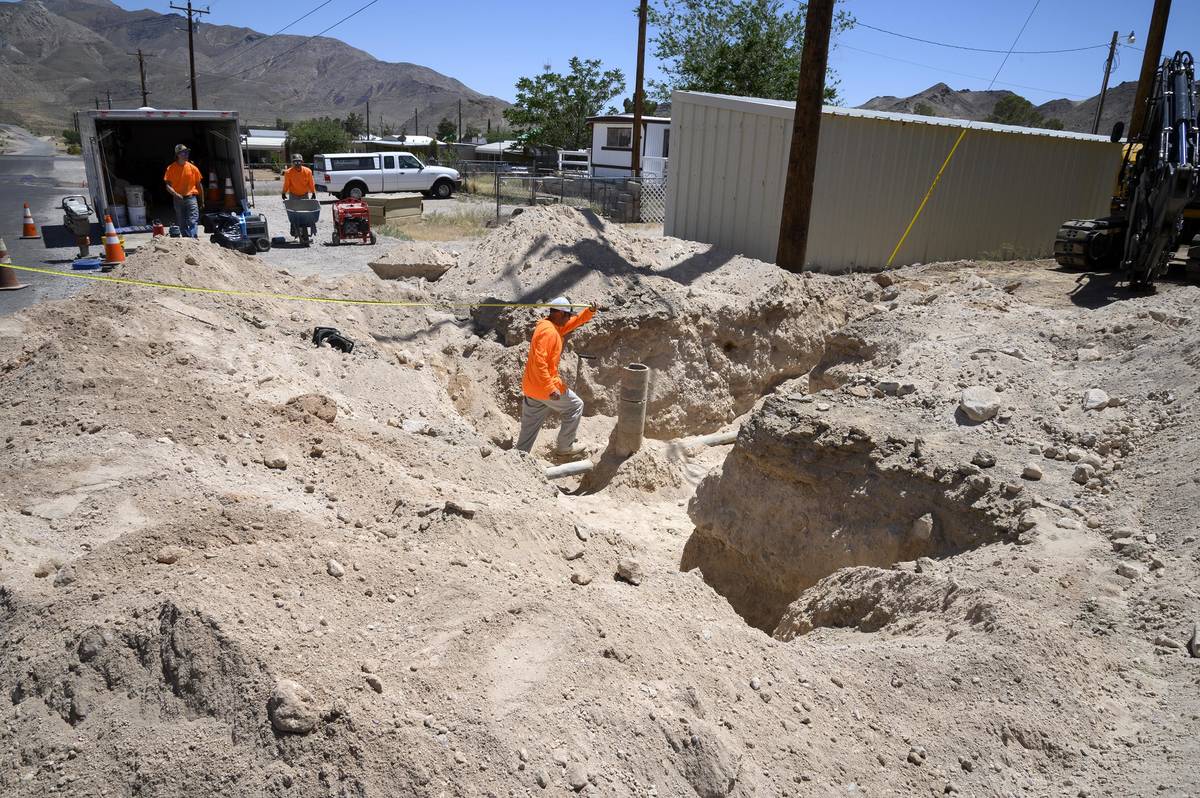 Richard Stephens/Special to the Pahrump Valley Times The failure of the valves, and the need to replace them, meant that the affected areas increased, and some residents experienced longer than expected outages. 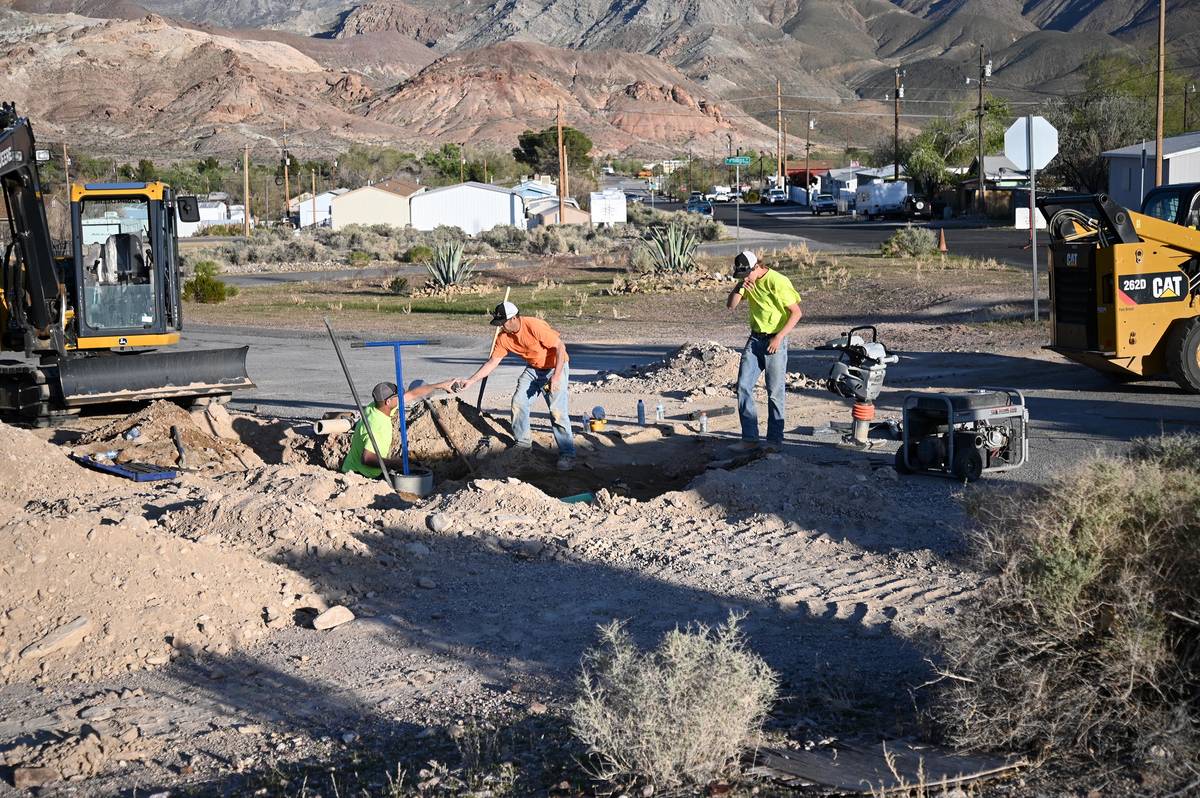 Richard Stephens/Special to the Pahrump Valley Times Another complication in completing the work is that proper fill material was not used to cover the old mains. It was full of large rocks, so it could not be dumped back into the trench to cover the new pipe.

Many Beatty residents have had to put up with a day or two without water in the last month or so as a crew from Four Point Engineering has worked on replacing alley water mains in parts of the town.

Beatty Water and Sewer District Board of Trustees Chairman Amina Anderson explains that the work to replace the mains is to bring them up to current standards. The old mains consist of asbestos cement pipe with a four-inch inner diameter. The standard now, to provide flow needed for fire suppression, calls for 6-inch mains.

The District secured money for the project from the Nevada State Revolving Fund, a low-cost loan program from the Nevada Department of Environmental Protection. Replacing the mains is not cheap. Replacing 800 feet of main costs approximately $100,000.

The work has proven more difficult and costly than expected as crews replacing the mains found that many of the old cut-off valves in the mains failed and had to be replaced. Workmen sometimes had to pump water as they found themselves working in a hole that turned into a deep puddle.

The failure of the valves, and the need to replace them, meant that the affected areas increased, and some residents experienced longer than expected outages.

Anderson said that, because this happened during the COVID-19 lockdown, “at least local businesses weren’t packed,” when they were without water. She also said that one bright spot is that “we now have shiny new valves that work.”

Another complication in completing the work is that proper fill material was not used to cover the old mains. It was full of large rocks, so it could not be dumped back into the trench to cover the new pipe. Instead, the correct type of fill was brought in by local supplier David Spicer.

Once the new mains are installed, they have to be flushed, and water samples have to be taken and sent off for testing.

Anderson said that because of the cost overrun, the part of the project that will conclude near the end of May has resulted in only two of the four scheduled replacements being completed. She says that they hope to be able to reapply to at least get the other two funded that were previously approved. Then they will be “putting in for three or four more.”

As part of the project, Beatty has gotten several new fire hydrants. “Which is a good thing,” says Anderson, who also serves on the volunteer fire department, “because we don’t have enough in places.”