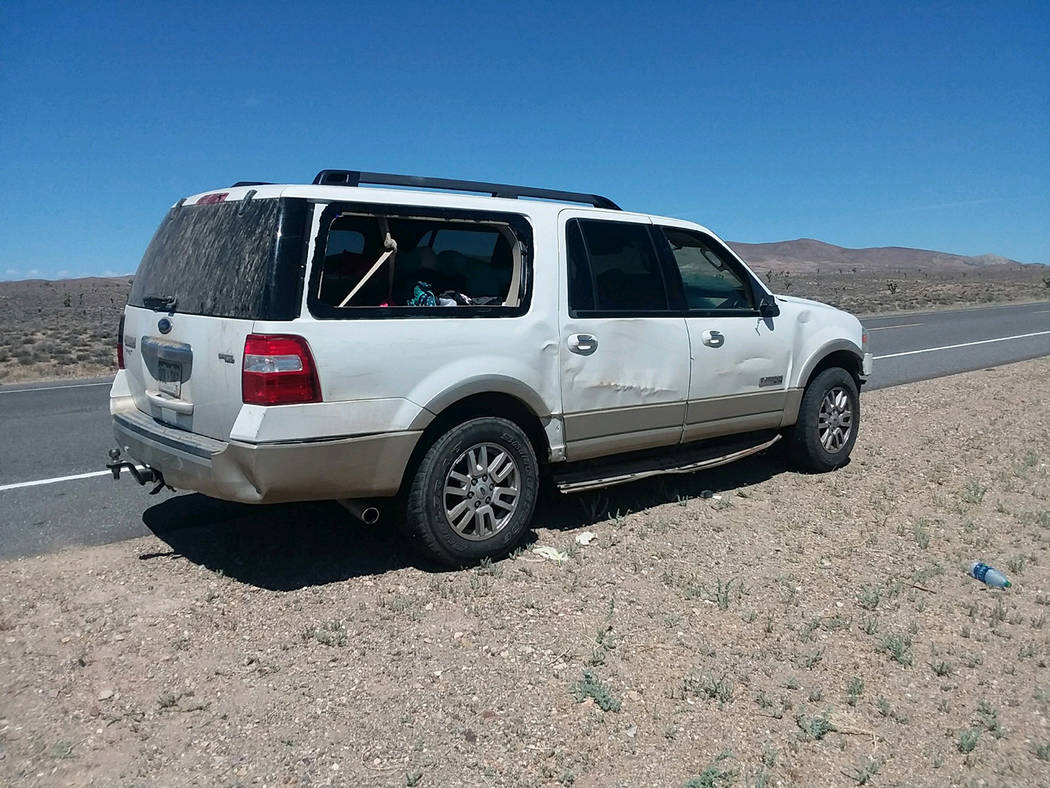 Special to the Pahrump Valley Times This Ford Expedition, reported stolen from the Goodland, Kansas Regional Medical Center on July 18, 2018, ran out of fuel on US-95, which ended an NHP pursuit near the Town of Goldfield Wednesday morning July 25. NHP troopers said the vehicle displayed a Colorado license plate, which had been reported stolen from a vehicle in Colorado Springs, Colorado. 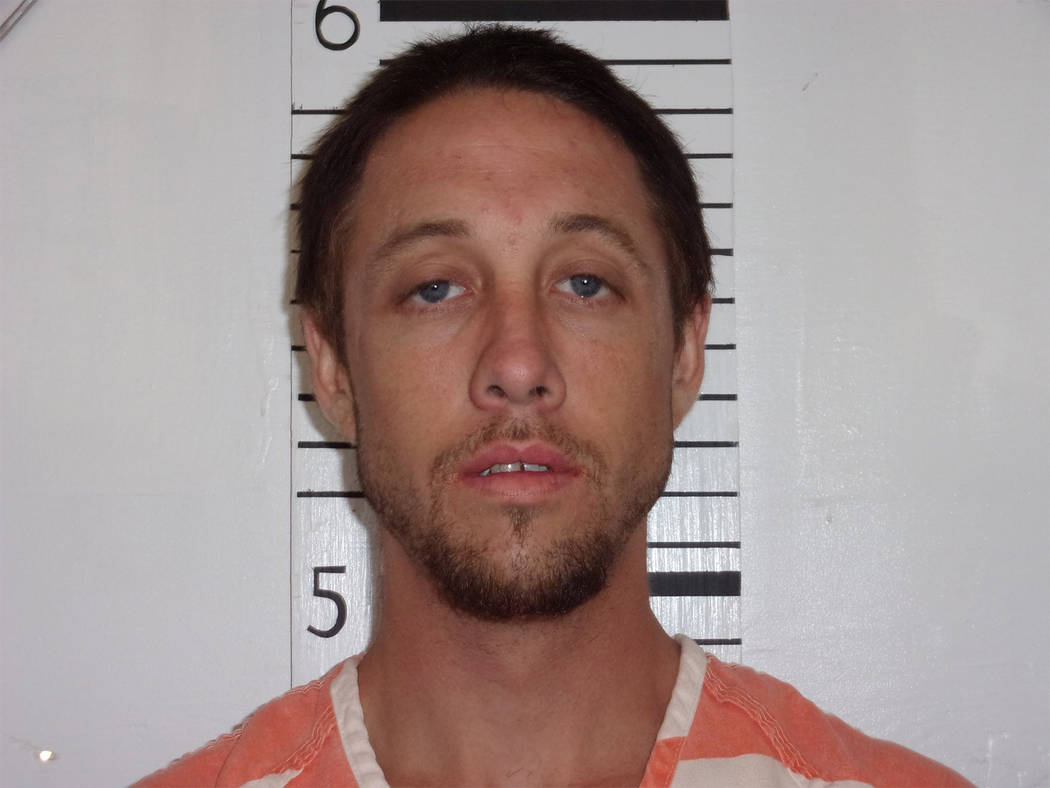 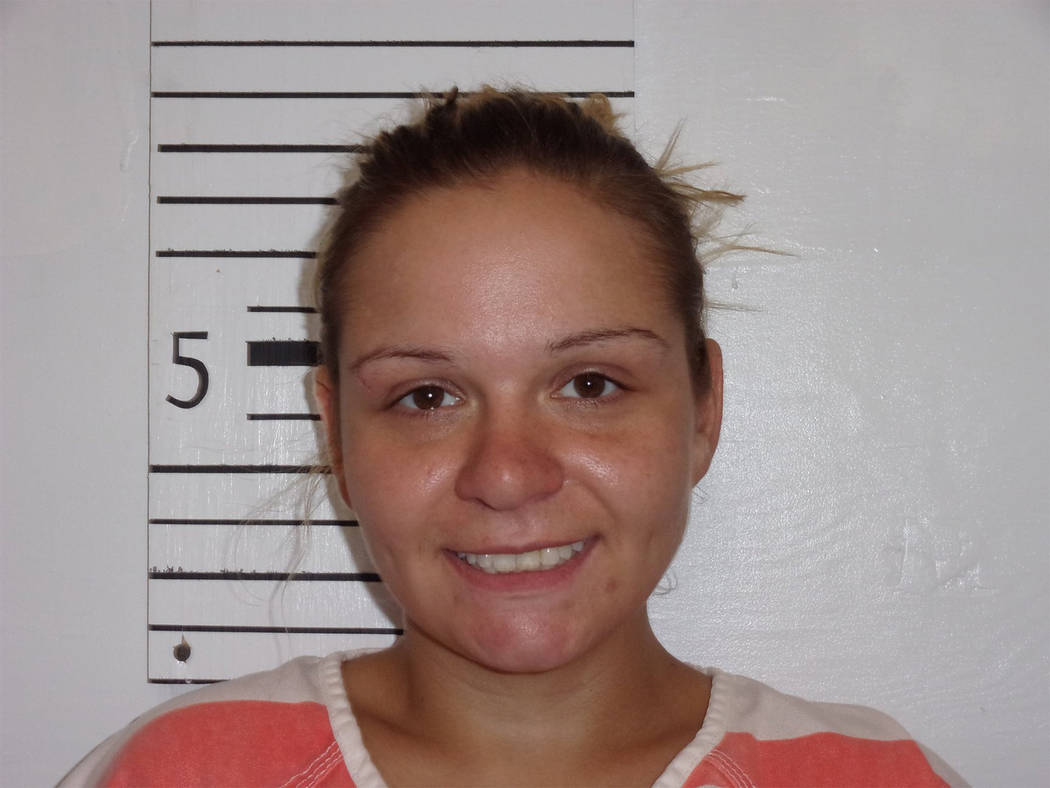 If you’re driving a reported stolen vehicle while trying to flee from law enforcement, it’s always best to make sure there’s enough fuel in the tank.

That’s what two individuals learned this week while traveling on U.S. Highway 95 near the junction of Nevada Highway 266 just south of Goldfield.

According to a Nevada Highway Patrol news release, a trooper spotted a white Ford Expedition on the highway traveling roughly 100 mph, just after 8:30 a.m. on Wednesday, July 25.

As the trooper attempted to stop the vehicle, the driver continued traveling northbound on U.S. 95 at a high rate of speed.

The posted speed limit along that stretch of highway is 70 miles per hour.

“The trooper was informed that the license plate displayed on the vehicle had been reported as stolen,” the release stated. “The suspect vehicle was being driven by a male, along with a female passenger. As the trooper continued the pursuit, he observed that the Expedition was pulled over on the side of the highway behind a tractor/trailer commercial vehicle. It was later learned that the suspect’s Expedition had run out of fuel and became disabled in the travel lane.”

During that time, the driver of the commercial vehicle, according to the release, noticed the hazardous situation, and stopped to provide assistance, unaware that the two occupants were trying to evade the trooper.

“As the trooper contacted the three individuals, two of them ran toward, and entered, the cab of the tractor,” the release stated. “The driver was unable to engage the transmission on the commercialvehicle and then exited the tractor. At this time, a good Samaritan in a passenger car stopped to assist the trooper, who he thought was in a precarious position.”

The release went on to note that both suspects attempted to enter the good Samaritan’s vehicle in an alleged attempt to carjack the vehicle.

“The NHP trooper detained all of the occupants of the sedan at gunpoint until additional units responded from NHP and allied agencies, ultimately taking the male and female suspects into custody,” the release stated. “It was later determined that the white Ford Expedition was stolen from the Goodland, Kansas Regional Medical Center on July 18, 2018. The Colorado license plate had been stolen from Colorado Springs, Colorado.”

As a result, the driver of the Expedition, identified as Matthew G. Ozment, 30, according to NHP, is a wanted fugitive from Kansas City, Missouri.

The passenger, identified as Maloree Leigh Ross, 28, is from Independence, Missouri.

Both are now in the care and custody of the Esmeralda County Jail.