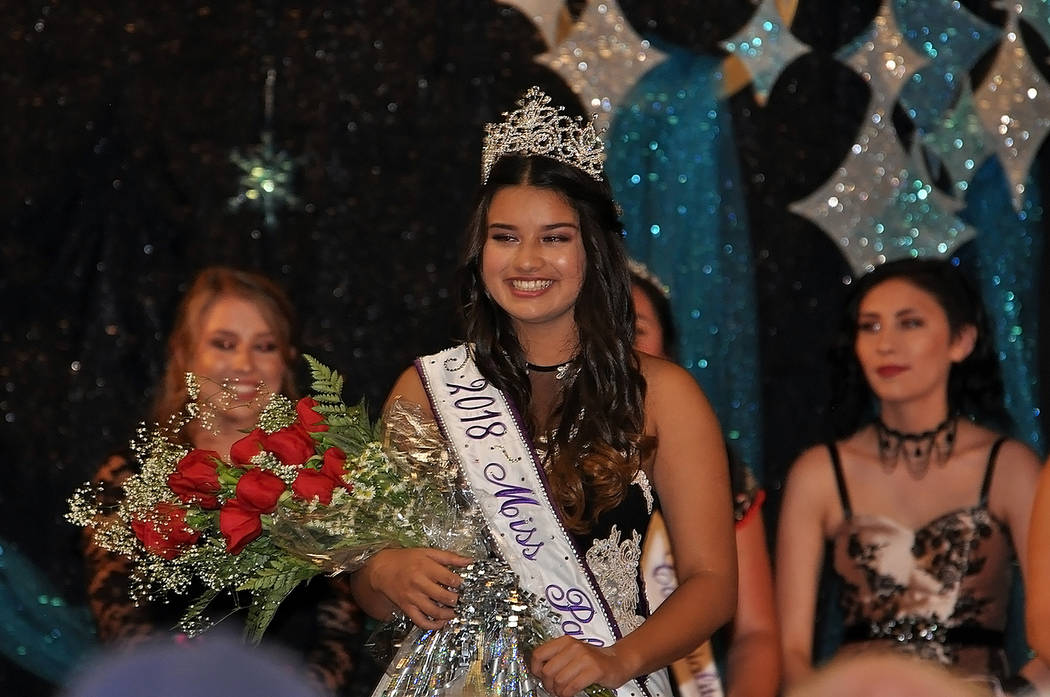 Horace Langford Jr./Pahrump Valley Times An ebullient Romi Carreon was crowned Miss Pahrump 2018 during the Saturday June 23rd pageant inside the Saddle West Showroom. Carreon was one of 10 contestants vying for the annual title, now in its 42nd year. 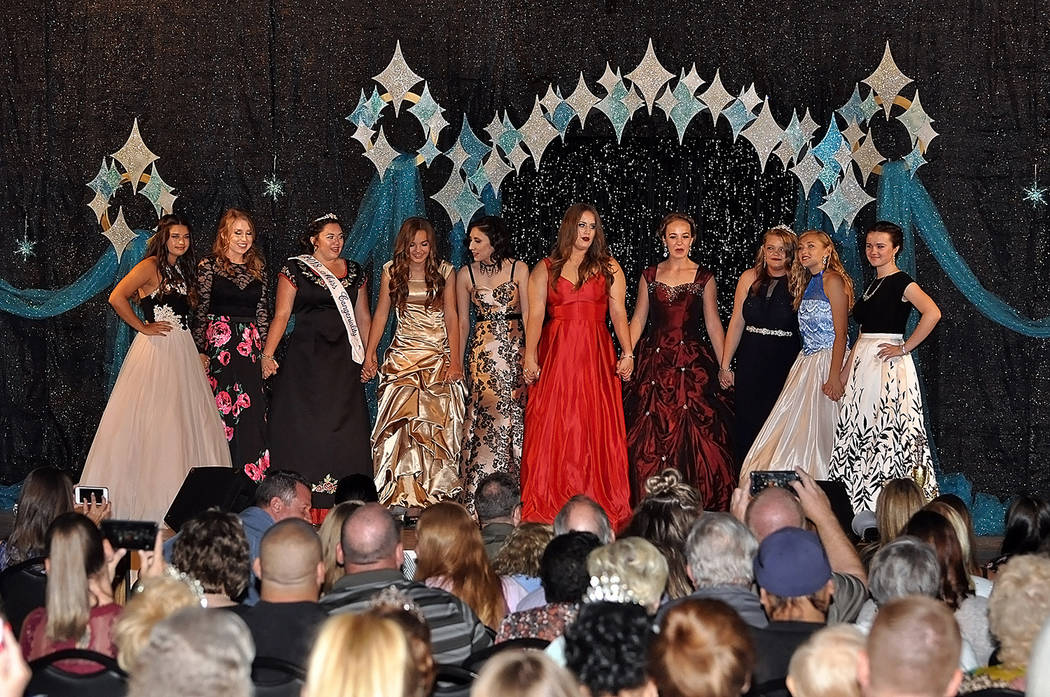 Horace Langford Jr./Pahrump Valley Times The 10 contestants eagerly await the announcement of who takes home the 2018 crown and title of the Miss Pahrump Pageant. Young women entering high school through their senior year, ages 13-18 years old, are invited to participate in the pageant the following year. 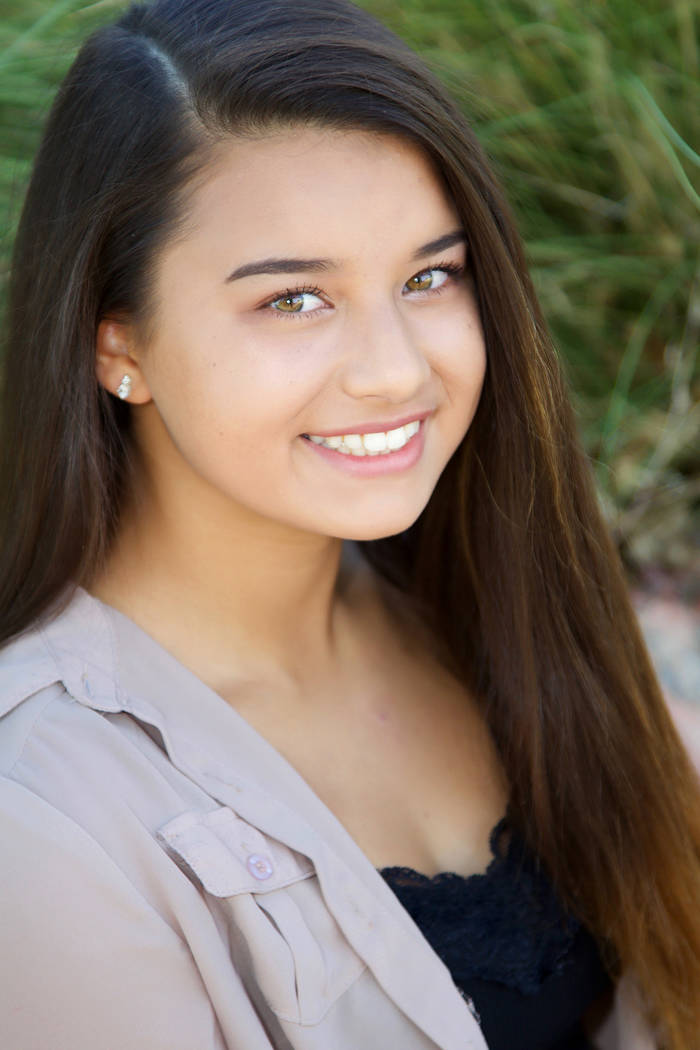 Special to the Pahrump Valley Times 2018 Miss Pahrump Pageant winner Romilyn Carreon, 16, plans to become a realtor later in life. The Pahrump Valley High School junior’s hobbies are reading, gymnastics and playing the piano, while her favorite activities include tumbling, track and participating on the student council. Carreon's community platform is offering animals a second chance.

The 2018 Miss Pahrump Pageant has crowned a new queen.

Carreon, in her junior year, was one of 10 contestants vying for the title, now in its 42nd year.

Carreon’s hobbies include reading, gymnastics and playing the piano.

Among her favorite activities are tumbling, track and participating on the school’s student council.

Her community platform is offering animals a second chance.

Carreon said she plans to become a realtor later in life.

Her proud guardians are Levi and Lisa Gregory.

Upon being crowned the winner, Carreon was joined on stage at the Saddle West Showroom by her court, First Attendant, Olivia Sharp, and Second Attendant, MaKell Sharp.

“What a great night it was tonight, and all of the girls were fantastic.” said pageant organizers.

Young women entering high school through their senior year, ages 13-18 years old, are invited to participate in the 2019 pageant.