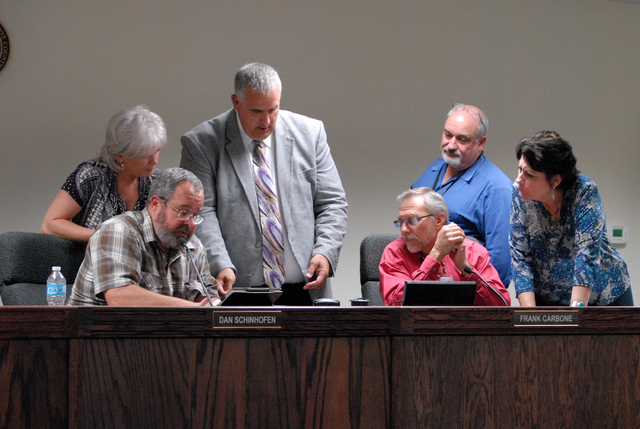 Nye County residents awaiting the county’s lone marijuana dispensary should count themselves fortunate that at least they will have one.

Eleven of the state’s rural counties have no dispensary applications, nor applications for cultivation facilities, testing labs or manufacturing, according to a state report released last week.

Nye County is allowed one of the 66 statewide dispensaries approved by the Nevada Legislature in 2013. State lawmakers divided the dispensaries based on population. Nye County has 42,300 residents spread across 18,159 square miles.

The Nevada Division of Public and Behavioral Health is reviewing 26 applications for medical marijuana establishments, including five for dispensaries in Pahrump and one dispensary in Tonopah.

County commissioners denied the special use permit for the Tonopah applicant, A Touch of Healing, in July, leaving Pahrump the most likely location of the sole dispensary.

That would leave medical marijuana patients in Beatty 70 miles from their nearest dispensary, and Tonopah patients 165 miles away from a dispensary.

To add to the potential lack of access, neighboring counties closest to Northern Nye County – Esmeralda, Mineral, Lander, Eureka and White Pine – had no dispensary applications.

State Sen. Tick Segerblom, D-Las Vegas, who authored the legislation creating the medical marijuana dispensary program during the 2013 legislative session, told the Las Vegas Review-Journal on Oct. 6 that he has not received any calls from residents of those rural counties expressing concerns about the lack of dispensary applications.

“A lot of those patients are probably home grows,” he said.

Even so, Segerblom said he might look during the 2015 session at establishing a state license that could allow a dispensary to operate in a rural county without local licensing requirements.

In a special use permit hearing in July, county commissioners ranked MM Development Company the highest for a dispensary, cultivation and production facility at 1530 E. Mesquite Ave.

Bob Groesbeck, president of MM Development and governmental affairs manager for C &S Waste Solutions, said in July their team had cash on hand of a little more than $3 million and will build a 2,800 square-foot dispensary and a growing facility just shy of 19,000 square feet at the corner of Mesquite Avenue and Kitty Hawk.

The state is reviewing 519 applications for medical marijuana establishments with a Nov. 2 deadline. The state will allow 66 dispensaries statewide, with 40 allocated for Clark County. The first dispensaries are expected to open early next year.