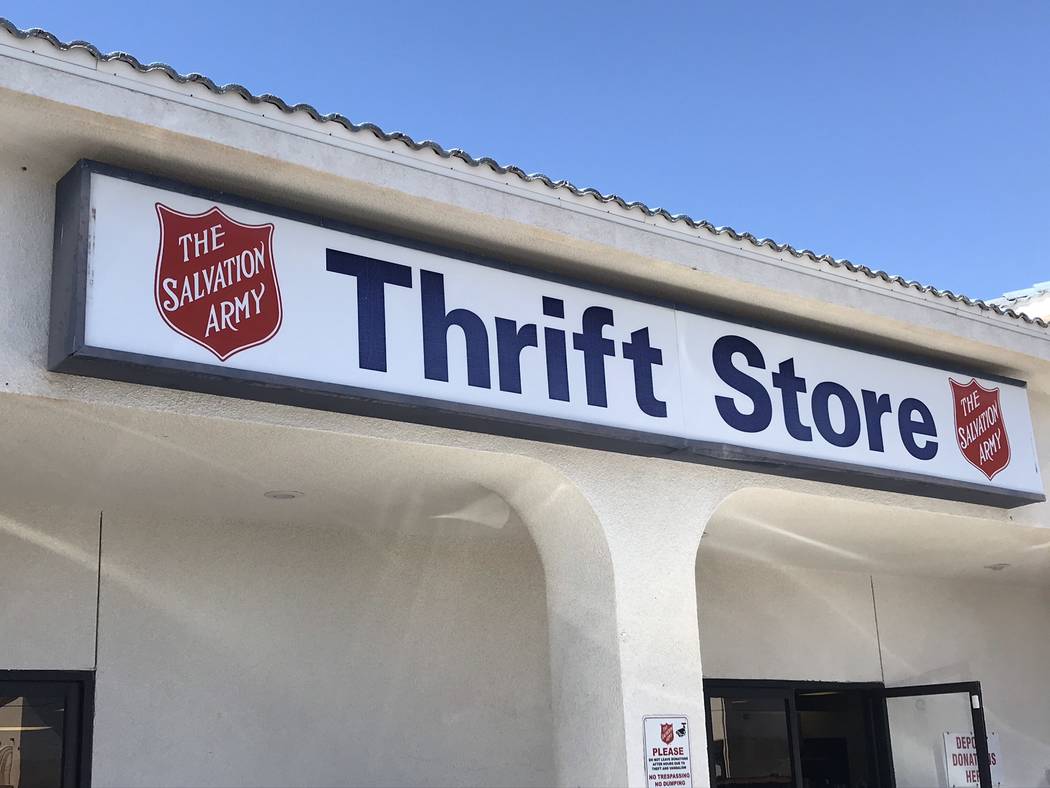 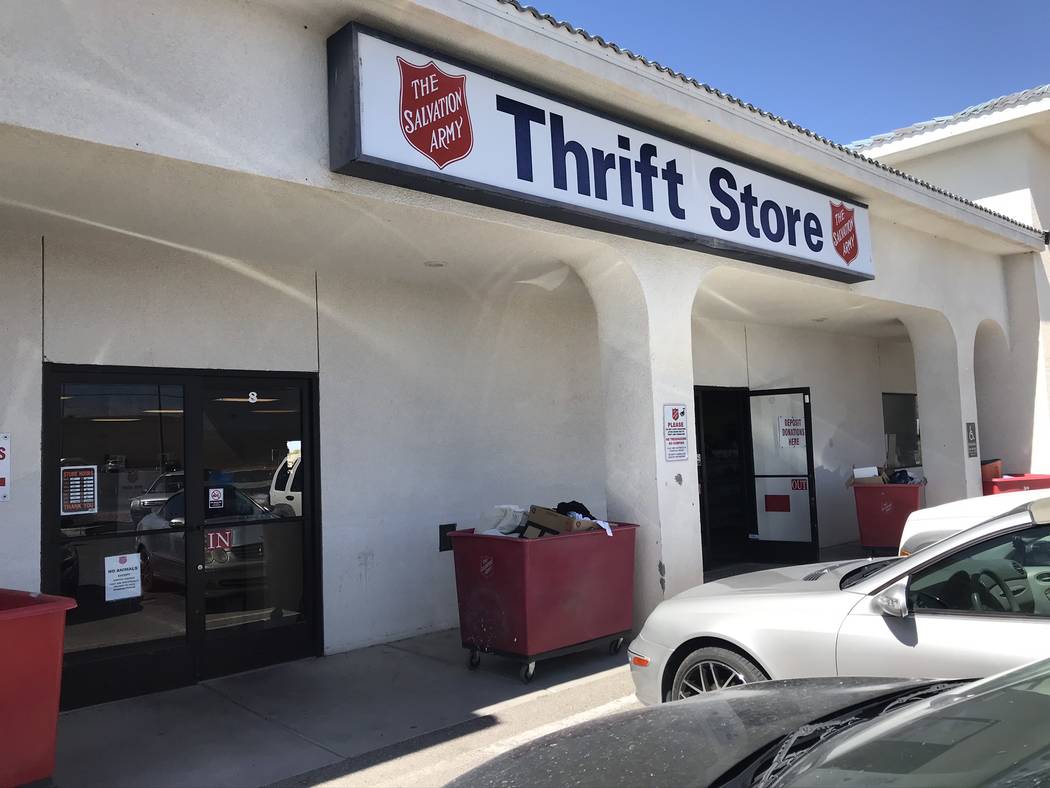 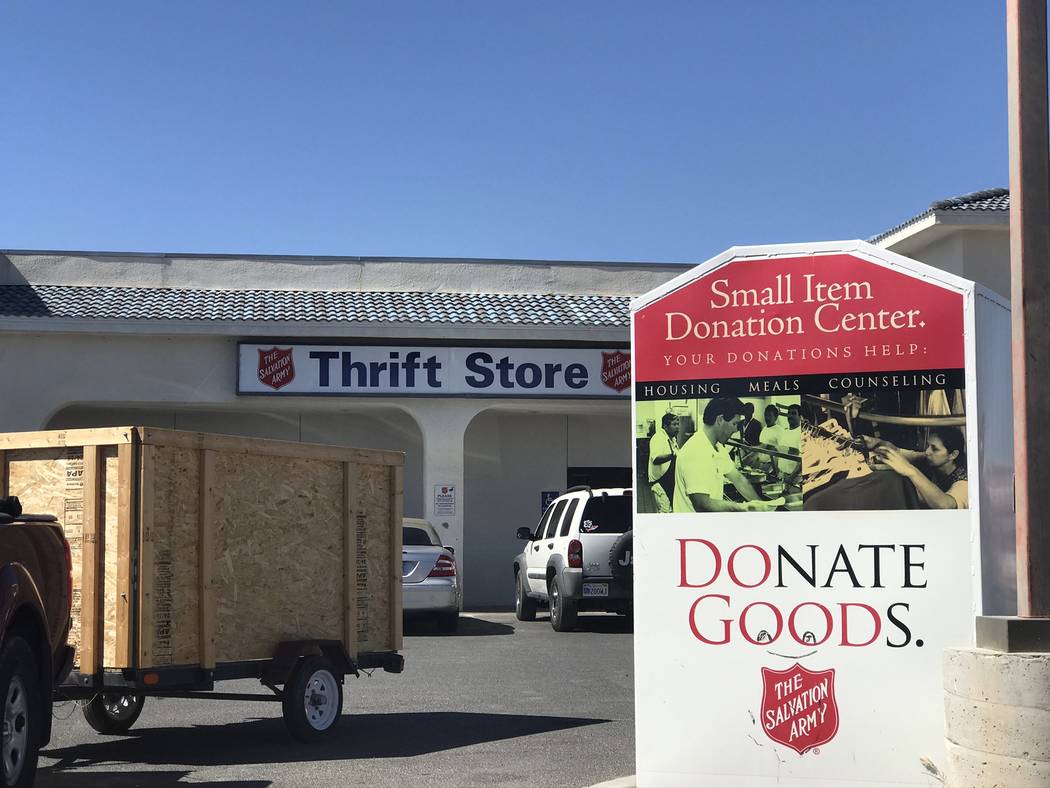 Jeffrey Meehan/Pahrump Valley Times The Salvation Army uses 82 cents of every dollar it collects from donations for the organization's social services. The army helps over 23 million people annually in overcoming poverty, addiction and economic hardships through its number of social services.

The Salvation Army is closing its thrift store in Pahrump with the nonprofit continuing to offer its social services in the area.

The Salvation Army Family Thrift Store in Pahrump at 240 Dahlia St. is expected to remain open through the end of October, according to a news release from the Salvation Army, a faith-based, direct-service nonprofit.

“We are grateful for the community’s support of the Salvation Army Pahrump Service Center and our Family Thrift Store,” said Maj. Randy Kinnamon, the Salvation Army Clark County coordinator, in the news release. “Closing the store was not an easy decision, but it was the most fiscally responsible one for our long-term viability in the Pahrump community and the Salvation Army’s mission of doing the most good.”

The funds from the Pahrump thrift store have been going to fund the organization’s Adult Rehabilitation Center (ARC) in Las Vegas. That center offered residential drug and alcohol rehabilitation at no cost to people in need, according to Kinnamon.

But the store was not producing enough revenue.

“With the store more than two hours round trip from Las Vegas and not producing the necessary income, we have no choice but to close the doors,” he said in the release. “We must make tough decisions when a project is no longer financially sustainable. Our donors count on us to be good stewards of their generous gifts to us.”

The Salvation Army is planning to sell the remaining goods and fixtures after the store is closed with the proceeds going to the Adult Rehabilitation Center.

The Army is also exploring the possibility of moving its service center offices into the thrift store building, according to Kinnamon.

The social services offered to the Pahrump community will continue.

The Salvation Army works to provide provide food for the hungry, clothing and shelter for the homeless, disaster and heat relief, senior activity and outreach, adult rehabilitation and opportunities for underprivileged children, according to the Army’s release for millions in the U.S.

The Salvation Army helps more than 23 million in the U.S. in overcoming poverty, addiction and economic hardships through its social services, according to information in the Army’s release.

“It’s important for people to know that the Salvation Army will continue to provide social services to our neighbors in need in the Pahrump community,” said Kinnamon in the release. “That will not change.”

The Salvation Army has 7,600 centers of operation in the U.S. with about 82 cents of every dollar donated going to support the organization’s social services.