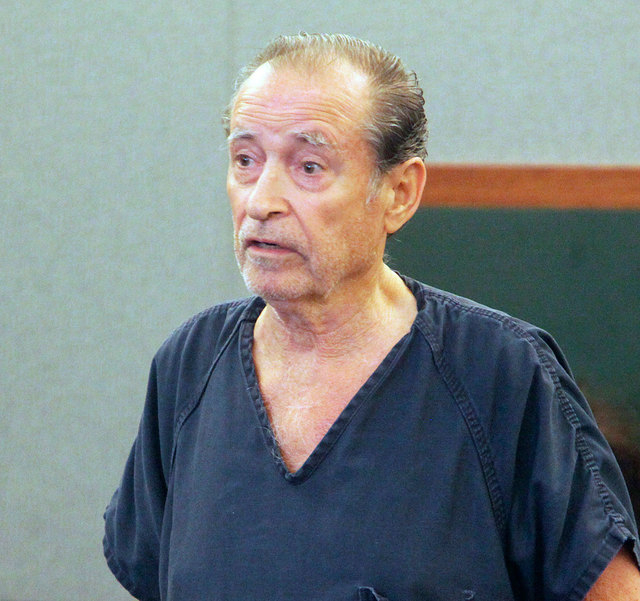 Pahrump resident Dennis London thought he had a good plan for his retirement, investing with developer Hans Seibt his savings earned as a computer programmer in the San Francisco Bay area.

From the time of his retirement in March 2004 until he was notified by Seibt’s lawyer of his client’s bankruptcy filing in December 2008, London invested $1.5 million with Seibt, $1 million in an Individual Retirement Account (IRA), another $500,000 of personal money in trust deeds.

“My step-father had a trust deed with him and he was getting his interest checks every month, no problem. That was good enough for me at the time. My step-father’s next door neighbor too had a lot of money invested with Mr. Seibt,” London said.

Like other investors, London said he was lured by returns of 10 to 12 percent annually on his investment. His IRA was growing while he received a $5,100 monthly check.

“Until it happened, the checks were in the bank like clockwork. I could set my watch to it. But then in December 2008, it was in the spring, summer of that year the first signs of a Ponzi scheme started to show, because all of a sudden the checks started showing up late. The excuses started coming. In December, I got a letter from his attorney announcing Seibt was declaring bankruptcy,” London said.

Today, London is living in a fifth wheel at Nevada Treasure RV Resort where he lives on a $1,400 per month pension while his family pays his medical bills. Seibt sank $11 million into converting the old Calvada Sports Complex at the north end of Leslie Street and Highway 160 into Seibt’s Desert Retreat, creating 232 luxury RV slips with an accompanying restaurant and spa, the centerpiece of his real estate empire. It was taken over by Dunham and Associates of San Diego and renamed after the bankruptcy.

“The bankruptcy court said when they went looking for assets they said they couldn’t find any. I’m not counting on getting any money back,” London said.

Seibt, who is accused of bilking hundreds of aging investors of their life savings in a Ponzi scheme, pleaded guilty in Las Vegas recently to a single felony theft charge. But investors are angry they aren’t seeing any of their money returned.

Seibt, 71, entered an Alford plea Sept. 11 in Eighth District Court to the theft count in an amended indictment that led to the dismissal of 26 other theft and securities fraud charges. An Alford plea means a defendant does not admit guilt, but acknowledges prosecutors could prove their case at trial.

The deal follows roughly two years of little action in the case.

Seibt was indicted in 2011 following a three-year securities fraud investigation that began after he filed for bankruptcy in September 2008 in the middle of the real estate downturn, reporting more than $70 million in debt. He was released on house arrest in September 2008, a decision that also angered duped investors.

According to his plea agreement, Seibt faces one to 10 years in prison, but both sides will not make any arguments at sentencing, which means District Judge Kathleen Delaney has the option of handing out a sentence of probation. His sentencing is scheduled for Jan. 15, 2014.

The seven-page agreement says Seibt “may be ordered to pay restitution to the victims,” but it doesn’t indicate how much.

“I don’t think it’s right that he’s going to get off so light,” said Sheri Cole, who lost several hundred thousand dollars in the investment scheme in 2008. “People are irate. I think he should spend the rest of his life in prison. The rest of us are living in poverty.”

Jeanne Thielman, 82, who lost more than $77,000 investing with Seibt, added: “If he gets away with a light sentence, it’s not fair. There won’t be justice for all the wrong he’s done to people.”

Luis Rojas, 73, who has been unable to recover the $55,000 he gave Seibt, said his lost investment has “created a lot of grief” for him in retirement.

“There’s something wrong about this deal,” Rojas said. “He should get a least 20 years in prison. He hurt a lot of people.”

“I think it stinks,” she said. “I just don’t like it. He put such a hardship on all of us. It left me humiliated and ashamed of being a victim.”

But Seibt’s lawyer, Deputy Public Defender Bryan Cox, described him as a victim, too.

“He went down with the ship,” Cox said. “He lost everything. He tried to save it and just wasn’t able to do it. If he had held on and the market turned, we wouldn’t be having this conversation.”

Cox said Seibt now lives in an apartment in Las Vegas and takes the bus to get around town. Gone are the fancy cars he used to drive.

The bankruptcy trustee in Seibt’s case reported he was unable to recover any assets from the developer to give back to investors.

He offered trust deeds, joint venture agreements and subscription agreements, all of which were supposed to be secured by parcels of land in Nye County. The value of the land, however, was grossly exaggerated, prosecutors alleged.

Seibt told investors they would receive a return of 10 percent to 12 percent on their investments but, instead of buying the land, Seibt used the cash for personal expenses and to pay off other investors, according to prosecutors.

Cox said Seibt plans to address the judge and “tell his story” at the sentencing.

His victims are preparing to do the same. Some already have written letters to the judge for prosecutors.

“In the end, I don’t think everybody’s going to be happy,” Cox said.

London predicted as soon as Seibt is a free man he’ll get a new passport and travel overseas where he suspects his money is stored.

But London received one piece of good news, he’ll be able to qualify for Medicaid to pay his medical expenses with the expansion of that program under President Obama’s Affordable Care Act.

Jeff German from the Las Vegas Review-Journal contributed to this report.