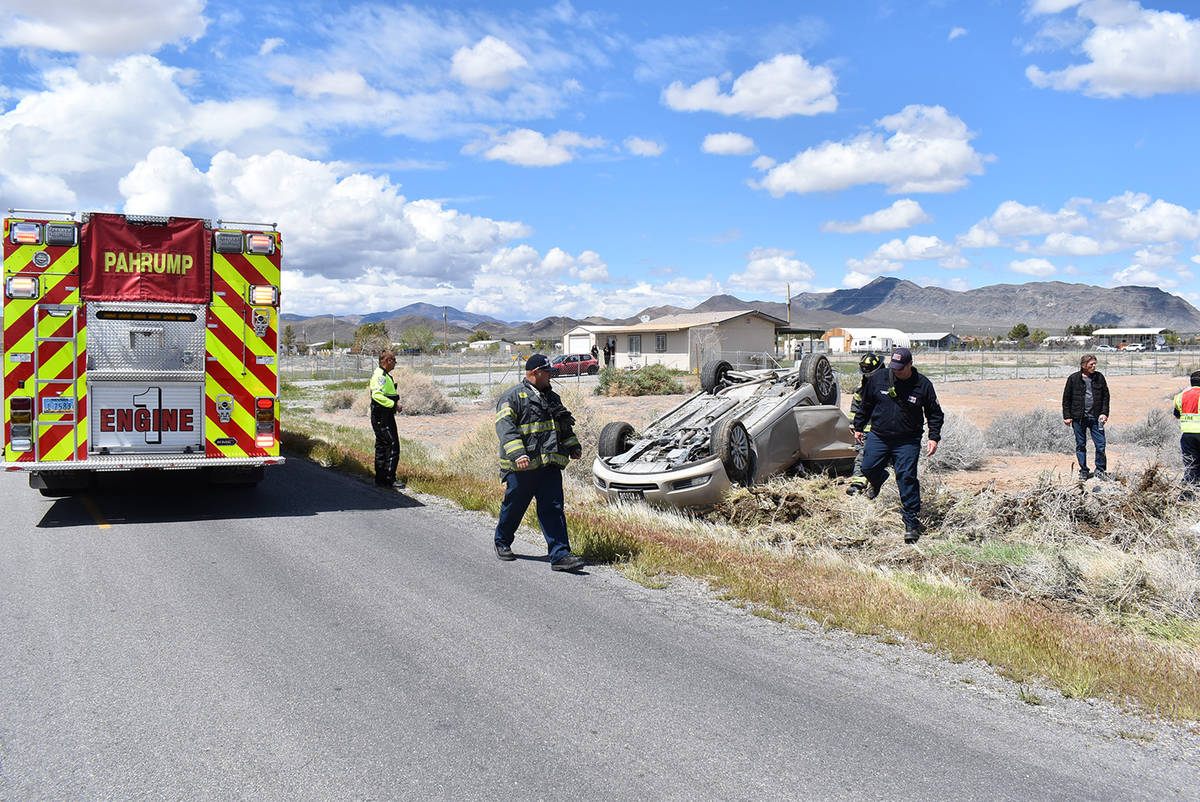 Special to the Pahrump Valley Times Pahrump fire crews were dispatched to a motor vehicle collision at the intersection of Charleston Park Avenue and Bannavitch Street at approximately 12:30 p.m. on April 9. No serious injuries were reported. 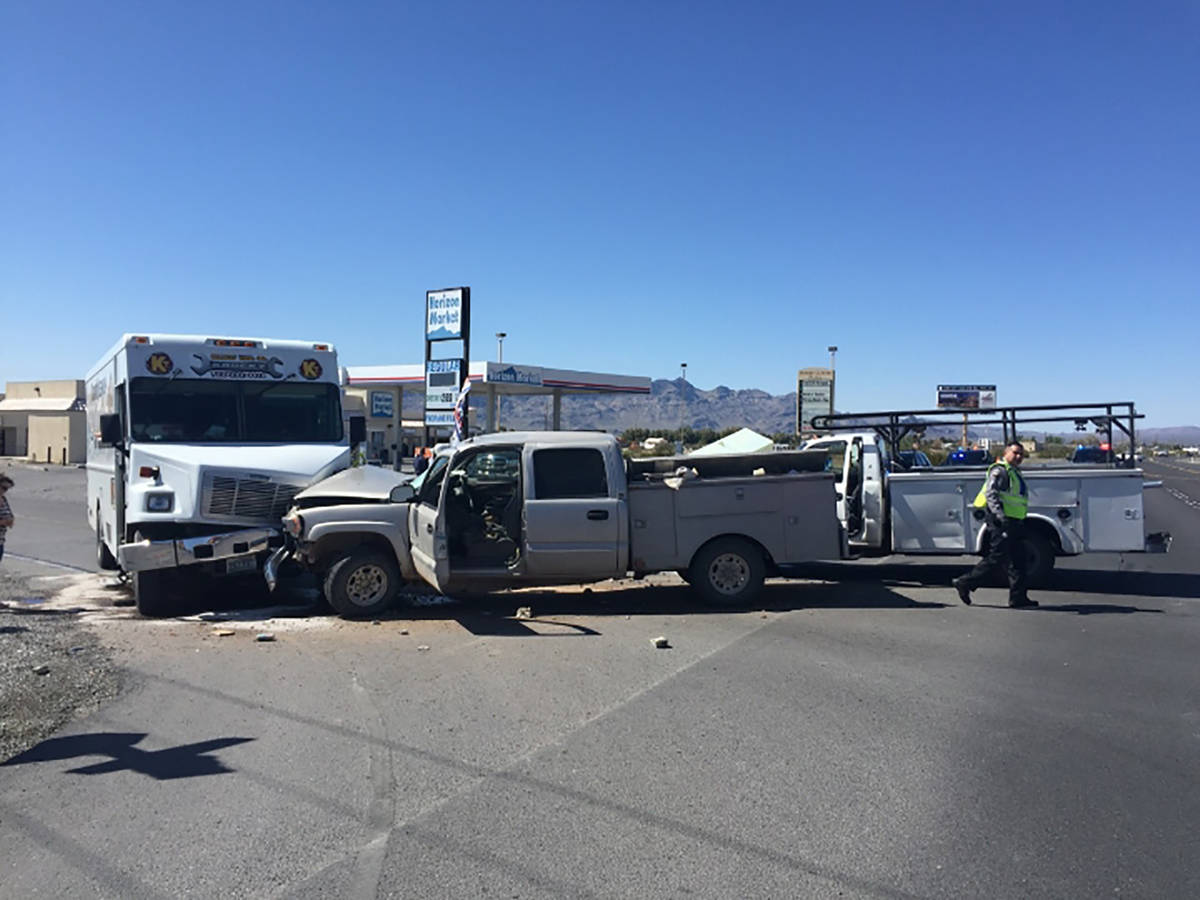 Special to the Pahrump Valley Times Local first responders were dispatched to a multi-vehicle crash the intersection of Highway 160 and Mesquite Avenue at approximately 2:37 p.m. on April 14. Though all three vehicles sustained serious damage as a result of the impact, no serious injuries were reported.

The evacuation of a senior care facility was one of several emergency service calls for local first responders.

“While responding, crews were notified of a laundry room fire, with an evacuation underway,” Lewis said. “Crews arrived on location and found white smoke coming from the open doorways. They completed a 360 size-up, risk assessment and determined that evacuations were underway and we had to coordinate that.”

As a result, Lewis also said additional crews were added to the assignment, including Nye County Sheriff’s Office deputies.

“We located a working fire in the laundry room with a sprinkler activation, so not only did we have to deal with the fire issue, but also the water that was pouring out of the sprinkler heads,” he said. “Crews quickly controlled the fire and the flow of water out of the sprinkler system at the riser. They were able to ventilate the smoke out of the building and return the residents back to their respective rooms. There were no injuries.”

On April 8, fire crews were summoned to the 4300 block of East Turner Street for a report of a structure fire at approximately 12:48 p.m.

The initial report was smoke showing from a large detached garage at the residence.

“The original reporting party was unable to provide us an exact address, but crews arrived in the area and found a working structure fire at the rear of the property,” Lewis said. “They identified the address and provided that to all the other incoming resources.”

Lewis went on to say that crews found heavy black smoke coming from the main door of a large detached metal garage at the rear of the property.

“They had to breach the initial front gate in order to get onto the property,” he said. “Once they did, they had to go back and force entry into the structure itself. They commenced a defensive exterior attack and quickly knocked down the fire. The contents were determined to be three classic cars and personal property associated with vehicle maintenance and repairs.

“One of the vehicles was on an elevated lift. The fire was quickly brought under control and the cause is thought to be accidental in nature, with no indicators of an intentional act. There were no injuries.”

The following day, fire crews were dispatched for a report of a motor vehicle collision with injuries at the intersection of Charleston Park Avenue and Bannavitch Street at approximately 12:30 p.m.

“Crews arrived to find a vehicle off of the roadway resting on its roof,” Lewis said. “The risk assessment determined that it was a hit-and-run accident where the other vehicle had fled the scene. The Nye County Sheriff’s Office was investigating and in search of that vehicle.

“Our investigation on scene revealed that there was no entrapment. Though there were minor injuries, nobody was transported from the scene.”

Several hours later, crews were dispatched for a report of a serious motor vehicle accident along the 1500 block of West Fawn Street.

“Crews arrived to find a single vehicle accident involving a motorcycle, with the motorcyclist having sustained serious injuries to the extremities,” Lewis said. “Crews quickly packaged the patient where they were transported to Desert View Hospital, and then later transported to UMC Trauma.”

On Tuesday, April 14, crews responded to an injury motor vehicle crash at the intersection of Highway 160 and Mesquite Avenue at approximately 2:37 p.m.

“Crews arrived and found a three-vehicle accident, involving two pickup trucks and a medium-duty box truck,” Lewis said. “The scene size-up and risk assessment revealed that there were no additional scene hazards, however, all three vehicles sustained serious damage as a result of the impacts. There was no entrapment, however we assessed three and all of them refused transport to the hospital.

“This was a very serious accident.”