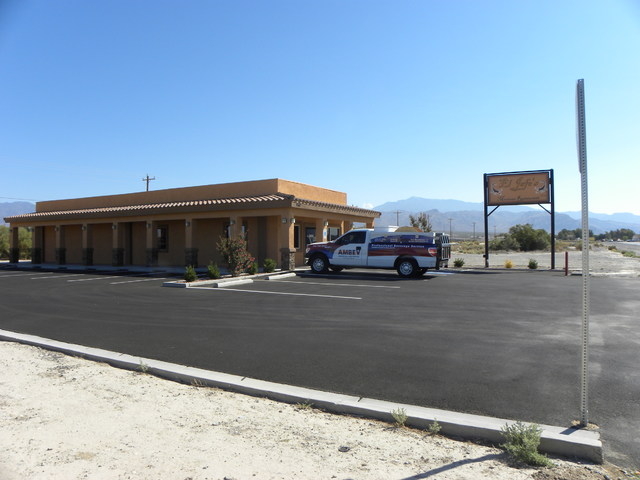 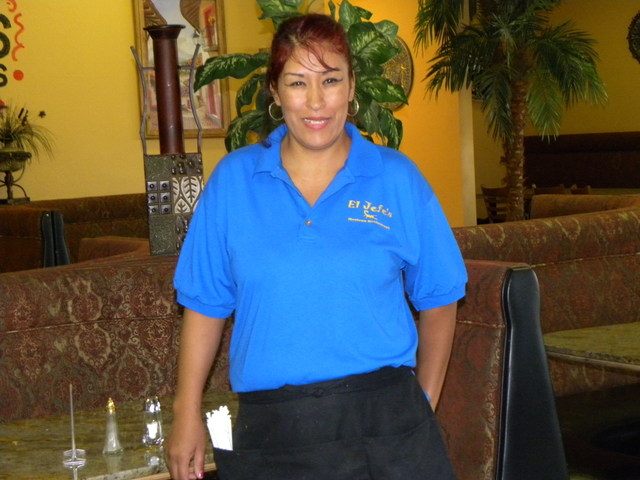 New businesses continue to open doors to the public this week, and a restaurant which has appeared ready for business for almost a year will open its doors today.

El Jefe on Calvada Boulevard has been in a state of readiness for almost six months, according to Alma Hernandez, who owns the restaurants with her husband Jose.

The primary location for the past five years has been Wheeler Springs Plaza and Hernandez said the couple will continue to keep that location open. They have had an El Jefe in Pahrump since 1996.

She said, “The difference is that we own the Calvada property and here we are leasing.” Hernandez said in order to comply with the planning department’s requirements for parking, the couple had to purchase the lot to the west of the original property line. The parking lot is paved and the exterior has been landscaped.

The couple have been working at night stocking coolers, installing new furnishings and updating the kitchen equipment. “We also had to build a handicapped-accessible restroom as well,” she said.

Employees have already been hired and trained in the Wheeler Springs location but opening the second location for El Jefe added eight jobs to the workforce.

Hernandez said she has applied for the liquor license and is expecting it to be approved in time for the opening. “I haven’t had time to call them, Hernandez said. “But they told me four weeks and this is week five.”

She said a banner went up Tuesday announcing the opening today at 10 a.m. The menu is the same.

Owner Jinfu “Jeff” Shao said about 150 people turned out for the event. Shao said, “You know I used to feed the homeless after hours at the old China Wok. This community has supported my restaurant and I want to use the new location to give back.” He said he is interested in organizing events to benefit homeless students and seniors.

Shao admittedly doesn’t speak fluent English, so getting participants in fundraising events on the same page might be a challenge.

The restaurant opened permanently at 11 a.m. yesterday with a sushi station, a grill station, salad bar and buffet.

Big 5 Sporting Goods will have a soft opening Sept. 11 at 9 a.m. at its location on Carlton Street.

The retailer’s grand opening is set for Sept. 18.

NyE Communities Coalition helped organize a very efficient job fair Aug. 12, where human resource employees from the corporate office processed almost 200 applications for 25 to 30 jobs. Those who were hired knew before the sun set and were processed the following day at NyECC campus.