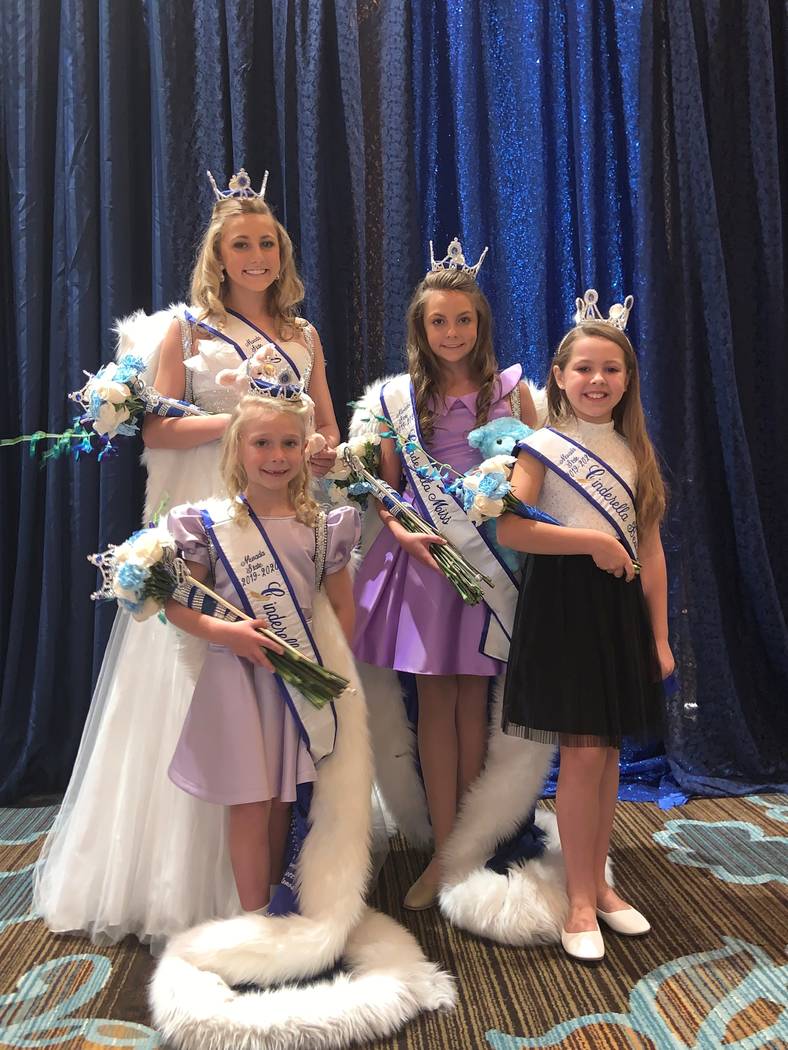 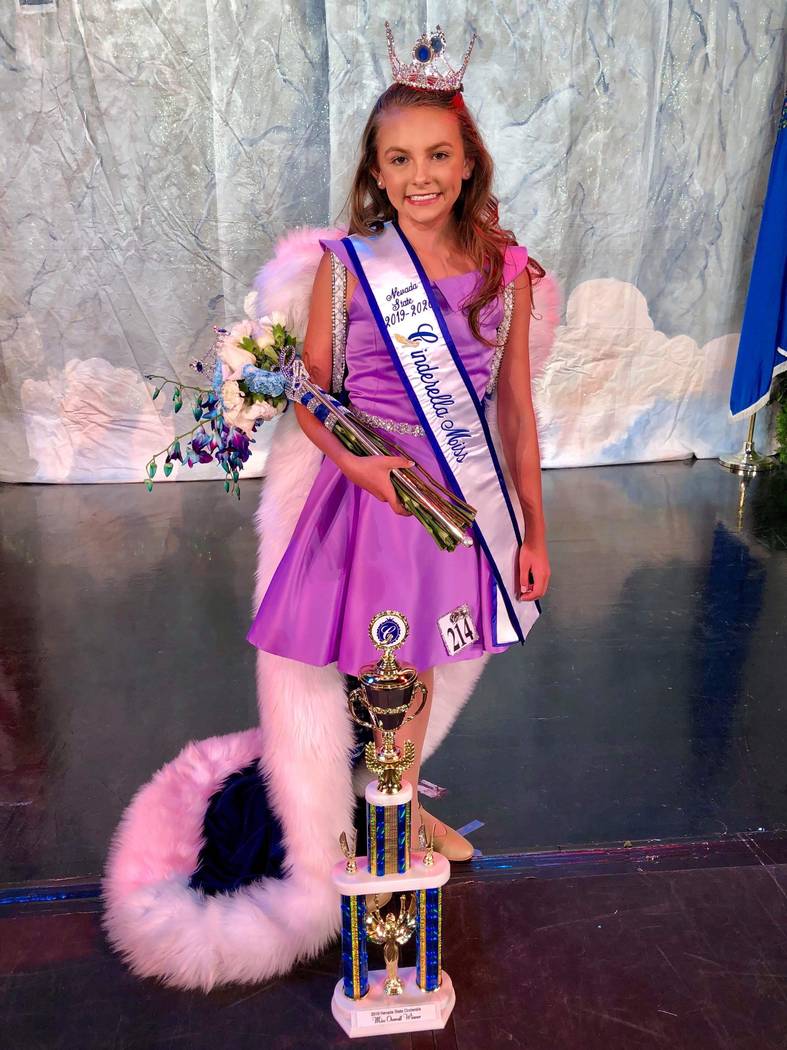 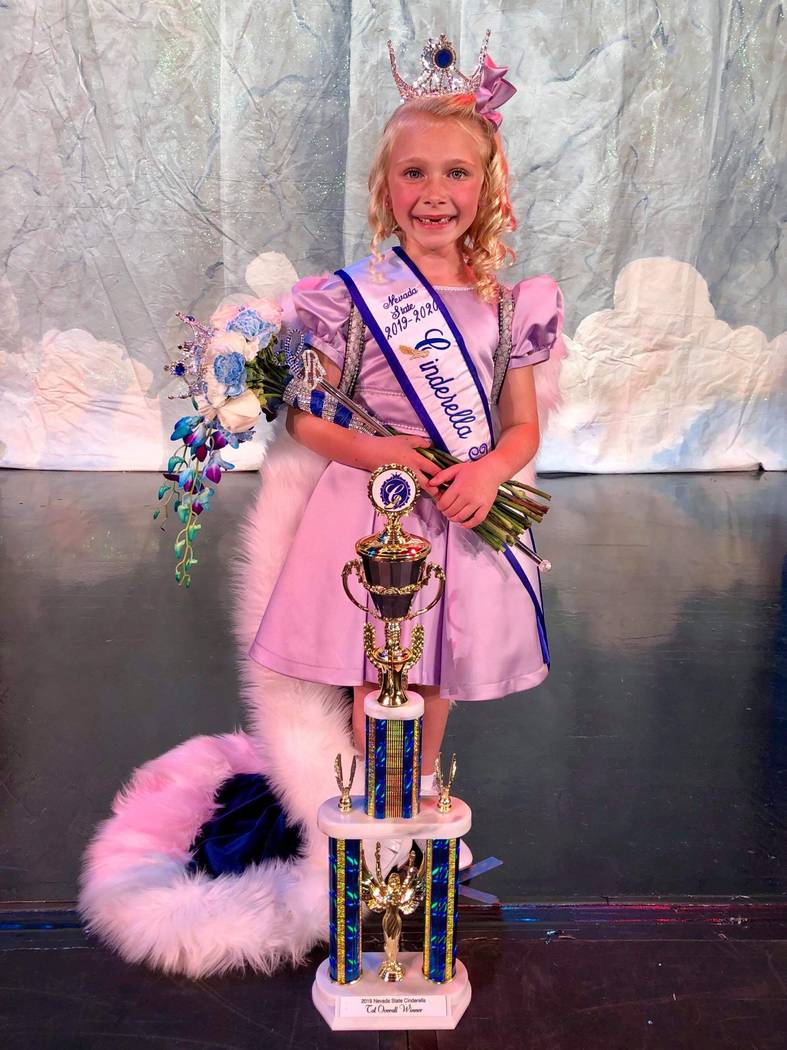 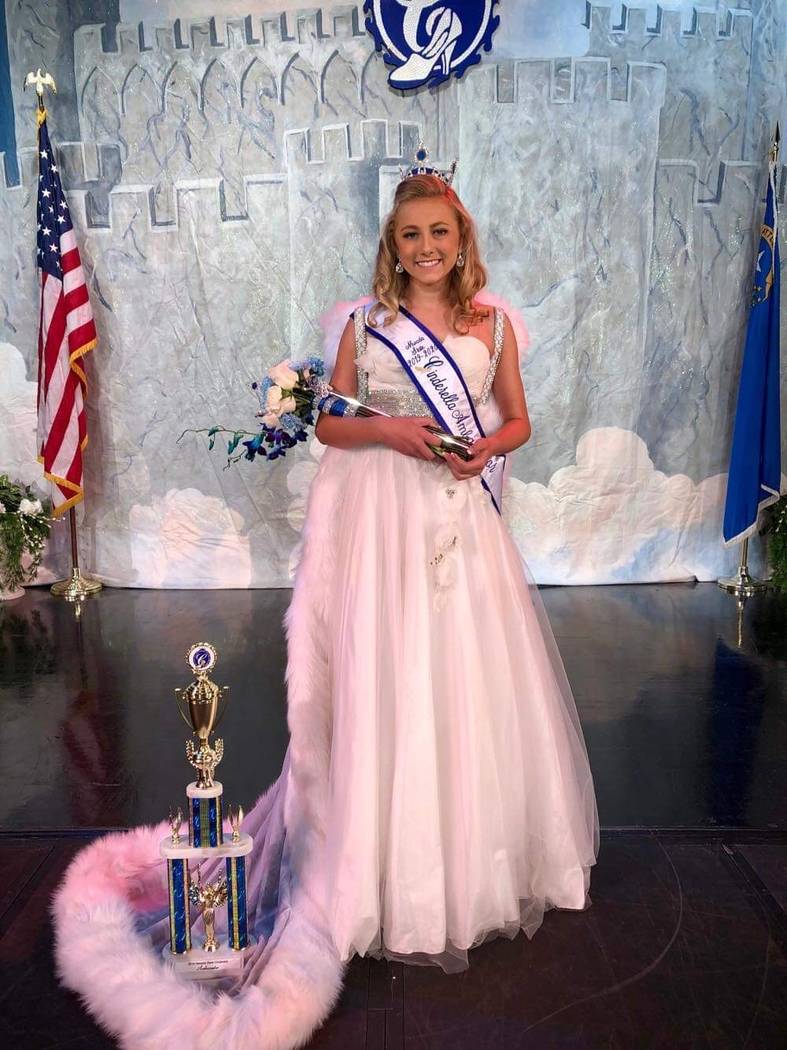 Three Pahrump youth were overall winners in the state Cinderella pageant in Las Vegas in June. The overall Pahrump winners who competed against roughly 50 other competitors in the state were Kinley Smith (Tot division), Tayela Brown (Miss division) and Sienna Brown (state ambassador), according to a news release from Nye County Cinderella, a pageant group in Nye County.

“This year was an exciting and very proud moment for our city of Pahrump as three of our local girls earned overall titles,” the release stated. “These members of the Cinderella family are talented, hardworking and dedicated to self-improvement, community service and in the Cinderella Youth Program.”

A Nye County youth, Quinn Kaucky (Mini-Miss division), placed in the top five. Kaucky won the second alternate in her division and a Beauty Award, according to the release.

Patti Patterson, director at Nye County Cinderella, said the competition was on the small side. Patterson said she’s seen up to 120 girls and women compete in previous years.

Cinderella, a youth development and scholarship program, has been in existence for the past four decades.

“Cinderella is a ‘natural’ pageant, not a ‘glitz’ pageant,” the release stated. “Our judges seek out the ‘wholesome girl next door’ type of look.”

“This is natural,” Patterson said. “They don’t really prefer makeup on the girls, the younger girls. They are allowed to wear a little bit of lip gloss and stuff on stage, but they want natural.”

Patterson said “the whole program is for young girls to develop themselves, and learn to speak properly and how to have self-confidence and carry themselves.”

“There’s 22 pageants in the year, and you can go to any one,” Patterson said. “We have a delegation here, but if you want to go do a pageant in Las Vegas, you can do that. If you win an overall title, you can go to the pageants, as like scoresheet only, if you already won.”

Patterson explained that “if we had a girl win the Nye County overall, she could still do the pageants for practice in Las Vegas.”

Prior to the annual competitions starting, competitors attend a minimum of three to four workshops and/or seminars. There is no cost for any of the workshops, according to Patterson.

“At the workshops, we teach modeling, we talk about wardrobe, grooming, hair, stuff like that,” Patterson said.

The state winners are set to head to an international competition in Dallas, Texas, where local competitors from all over the world will compete.

A raffle is currently underway to help pay for the trip to the international competitions in Texas. Raffle tickets are $5 each or five for $20. See more information at Nye County Cinderella’s Facebook page at bit.ly/2J9gVOF

To be a sponsor or participate or help out or get raffle tickets, contact Patterson at 702-332-5989 or email her at nyecountycinderella@outlook.com

The raffle drawing will be held live on the Nye County Cinderella’s Facebook page on July 19.

Prizes up for grabs include one ton of alfalfa or $100 cash from Pahrump-based Shadow Mountain Feed, a $25 Visa gift card, a $25 Starbucks gift card, a haircut by Amanda at A Touch of Gold and other prizes.