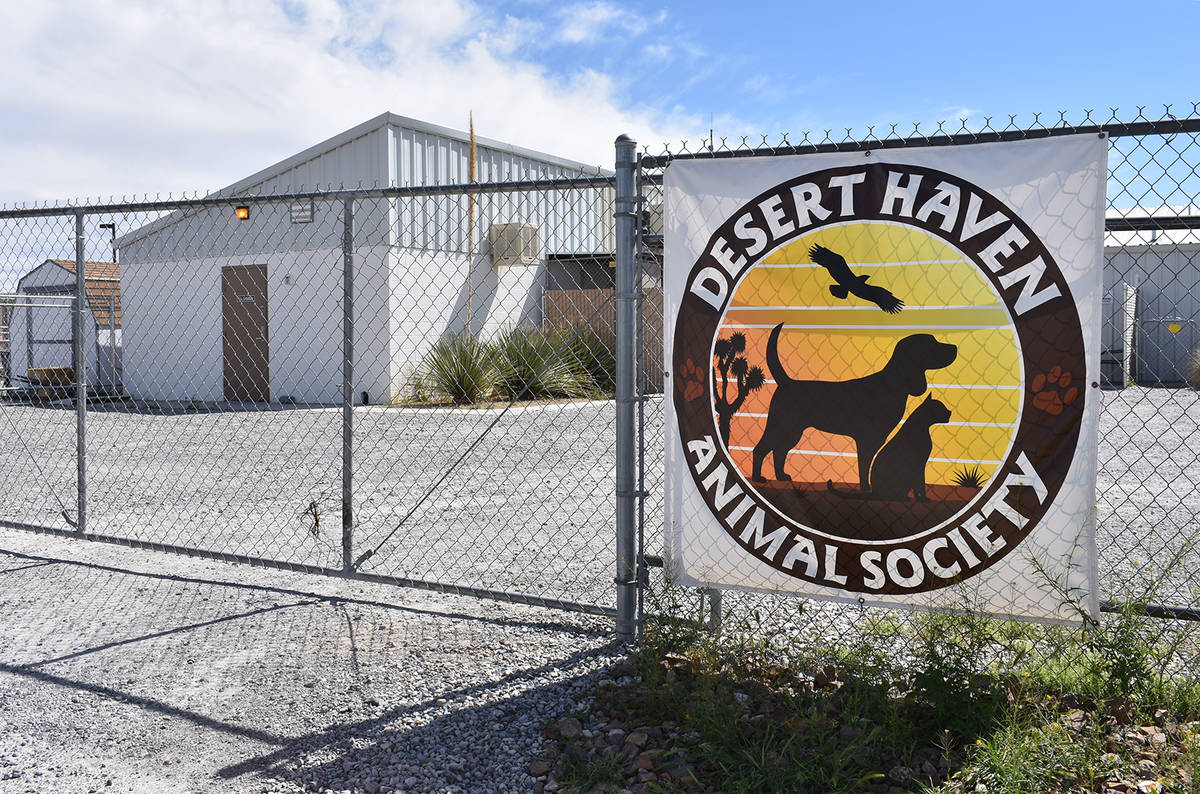 Daria Sokolova/Pahrump Valley Times Officials at Desert Haven Animal Society were both surprised and overjoyed that the number of stray dogs transported to the facility declined this year. In previous years the shelter saw a large influx of frightened animals who fled their properties due to fireworks celebrations in the valley.

More than a week after Fourth of July celebrations concluded this month, officials at Pahrump’s Desert Haven Animal Society were elated to learn that there was actually a decrease of frightened stray dogs who fled from their properties due to fireworks exploding throughout the valley.

Each July, Nye County Animal Control officers routinely have their respective hands full, picking up the strays who’ve escaped the confines of their home out of sheer fear of the loud detonations.

Desert Haven Animal Society Client Service Coordinator Sheri Lewis said she and other staff members were both surprised and overjoyed that the number of stray dogs entering the facility declined this year.

Just days before the Fourth of July, officials expected to see another increase of panic-stricken dogs transported to the facility once again this year.

“We only had about five or six this year and thankfully they were all reclaimed,” Lewis said. “It was definitely because of the fireworks that they ran away.”

For pet owners who believe their dogs may have been picked up by animal control and transported to the facility, Lewis suggested going online to locate them.

“They can look us up on Facebook and see what dogs we have because we usually post them on our Facebook page when we’re trying to find the owners,” she said. “They can also call us here to see if we’ve got them in our book, and then we can call them back if their dogs end up coming in. If they weren’t in here when they called, then we can call them back if they do come in.”

Additionally, Lewis noted that though the facility is at capacity presently, strong efforts are constantly being made to find the animals a permanent, loving home.

“We get them out through rescues, and we obviously adopt them out, but as fast as we do that, we get more coming in,” she said. “We strongly urge owners to get their dogs licensed and registered through us, so that if they do come in, we can get them back to their owners a lot faster. They also need to prove that their dogs have a rabies vaccination before they can reclaim them.”

Though Desert Haven Animal Society is closed on Mondays and Tuesdays, the facility is open Wednesday through Sunday.