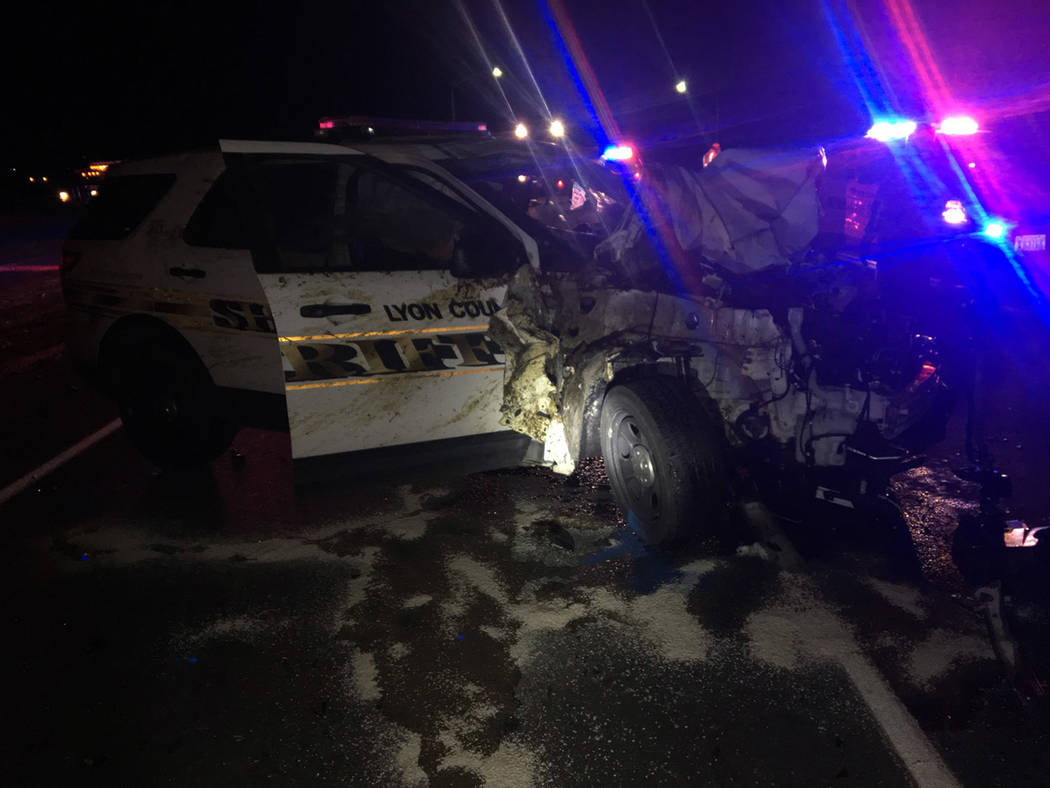 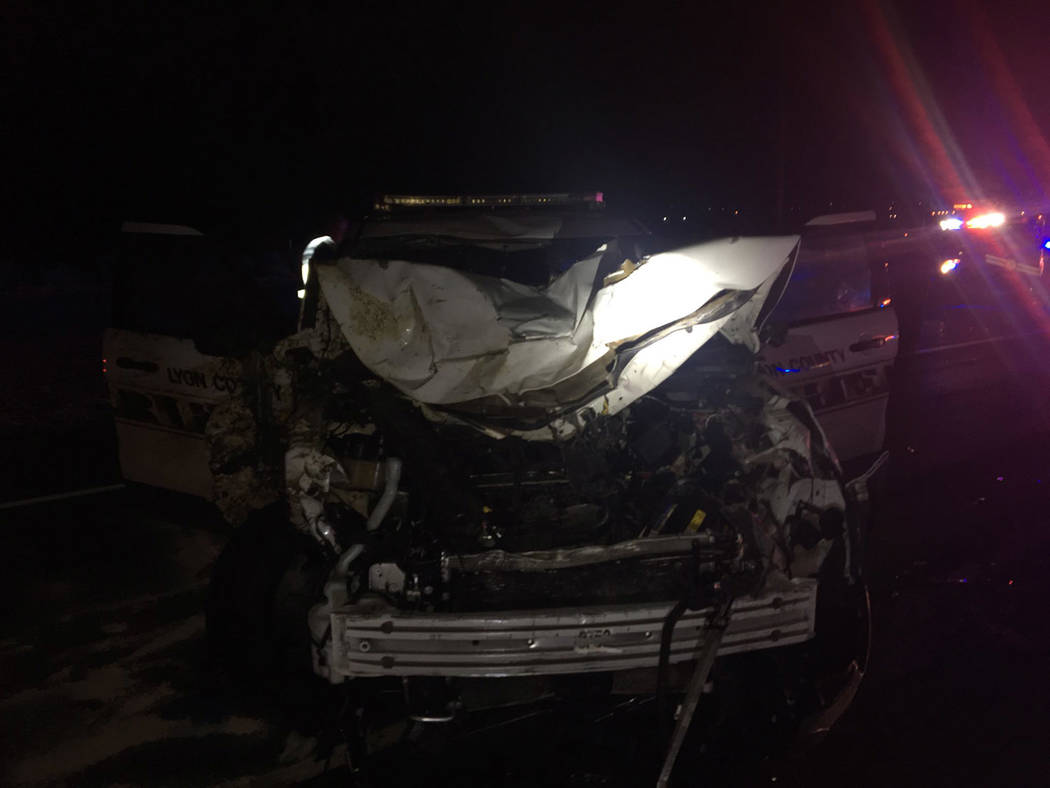 Nevada Highway Patrol Injuries to a Lyon County deputy sheriff were non-life-threatening from the crash between a law enforcement vehicle and three wild horses on Tuesday night.

The Nevada Highway Patrol is investigating a nighttime crash between a sheriff’s vehicle and wild horses in rural Nevada.

Three wild horses were involved in the crash Tuesday night in Lyon County, according to initial media reports.

Injuries to the deputy were non-life-threatening.

The crash occurred along U.S. Highway 50 east of Dayton.

“The horses did not survive the crash,” Trooper Matt McLaughlin said.

The NHP is urging motorist caution.

“Please drive with caution and watch out for horses,” it said in a tweet.

Last month near Pahrump, the U.S. Bureau of Land Management rounded up 117 wild burros. Burros foraging for food are routinely struck by vehicles traveling along the highway.