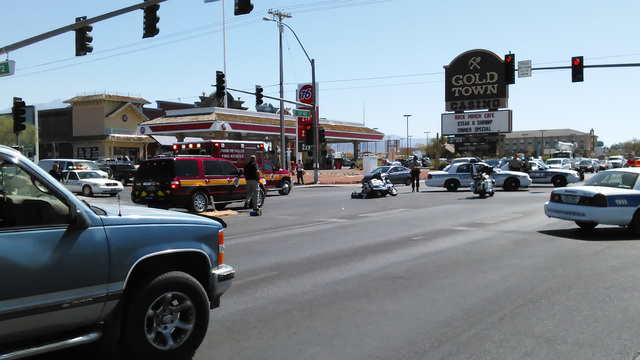 A Nye County Sheriff’s motorcycle deputy was air lifted to UMC hospital in Las Vegas following a crash at the intersection of Highways 160 and 372 Tuesday morning.

The incident occurred at approximately at 11 a.m., when the officer who was on the east sidewalk, entered the intersection with lights and sirens activated and was struck by a vehicle. The officer was flown into Las Vegas with serious, non-life threatening injuries.

This is a developing situation. Check back for details.