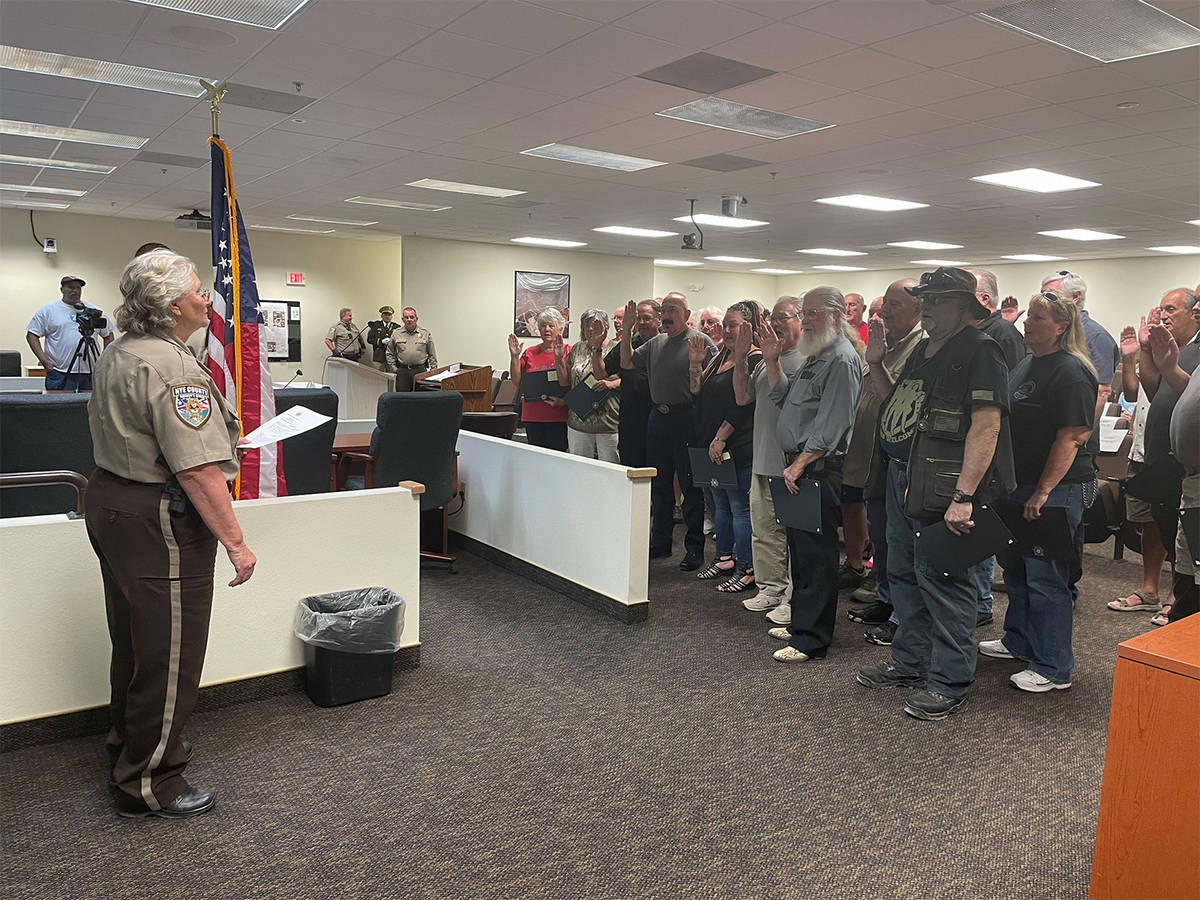 Photo courtesy of NCSO Nye County Sheriff Sharon Wehrly swears in more than two dozen area residents after they recently successfully completed the sheriff's office's Rapid Response Team training. The individuals may be deployed if and when the sheriff’s office’s resources are completely deployed, engaged, or when personnel resources are overwhelmed.

Horak went on to say that volunteers who completed all of the required training, which took place over several weeks in February and March, gathered for a graduation ceremony on June 24, where they received their graduation certificates from Sheriff Sharon Wehrly.

Once such volunteer was local resident and retired U.S. Air Force veteran Bill Hockstedler, who said the training was very thorough.

“It was provided by Lieutenant Tippets and other officers,” Hockstedler said. “They covered all kinds of areas including use of force, traffic regulations and things like that. I just thought it was a good thing for me to do to help the department and the community. About 47 people graduated and we took an official oath of office. We also signed and had our written oath notarized.”

Horak, meanwhile, noted that the sheriff’s office will continue to seek and train additional volunteers for the Rapid Response Team.

“We will be conducting additional Rapid Response Team academies in the near future,” she said.

She continued: “If anyone is interested in joining the Rapid Response Team, visit the Nye County Sheriff’s Office, front office to pick up an employment application. You may also print out an application at nyecounty.net.”

Completed applications can be dropped off at the Nye County Sheriff’s Office, front office at 1520 E. Basin Avenue.