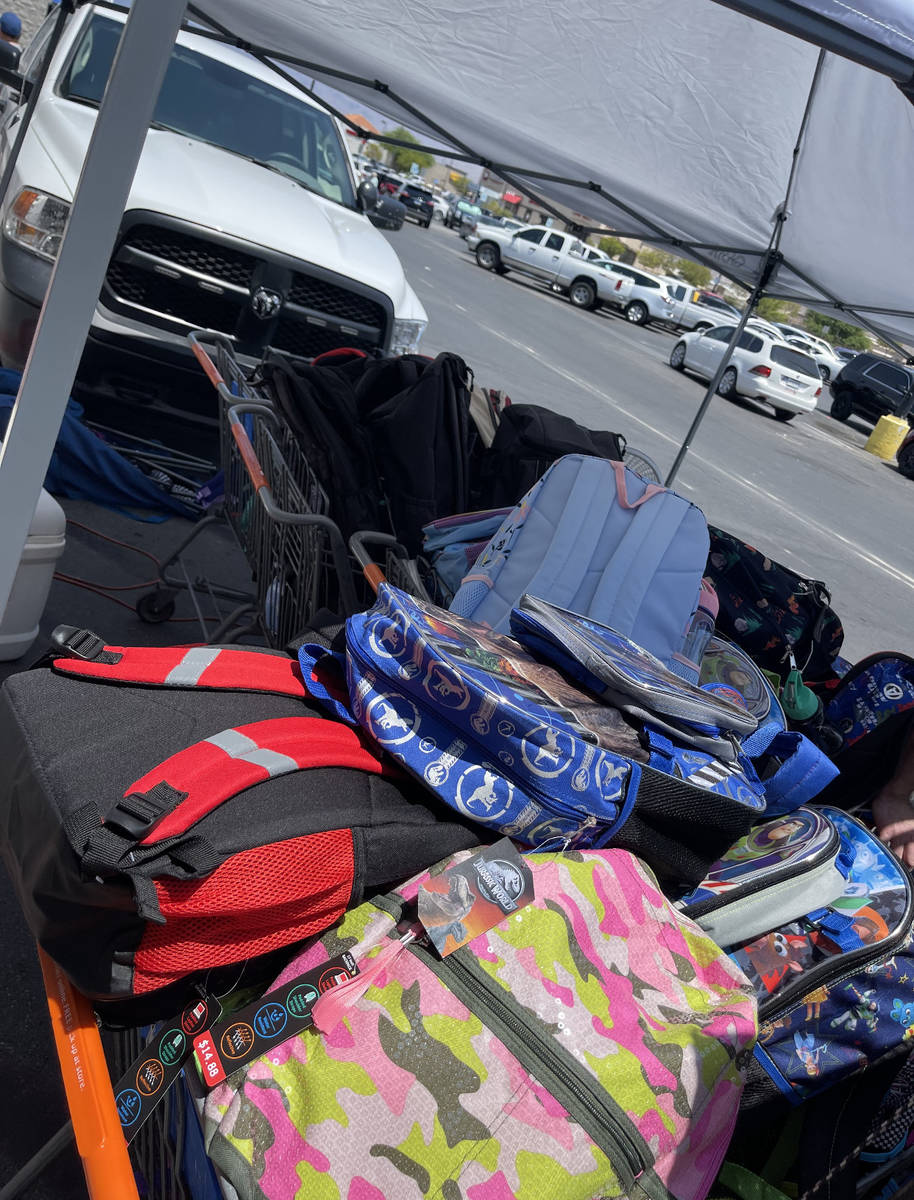 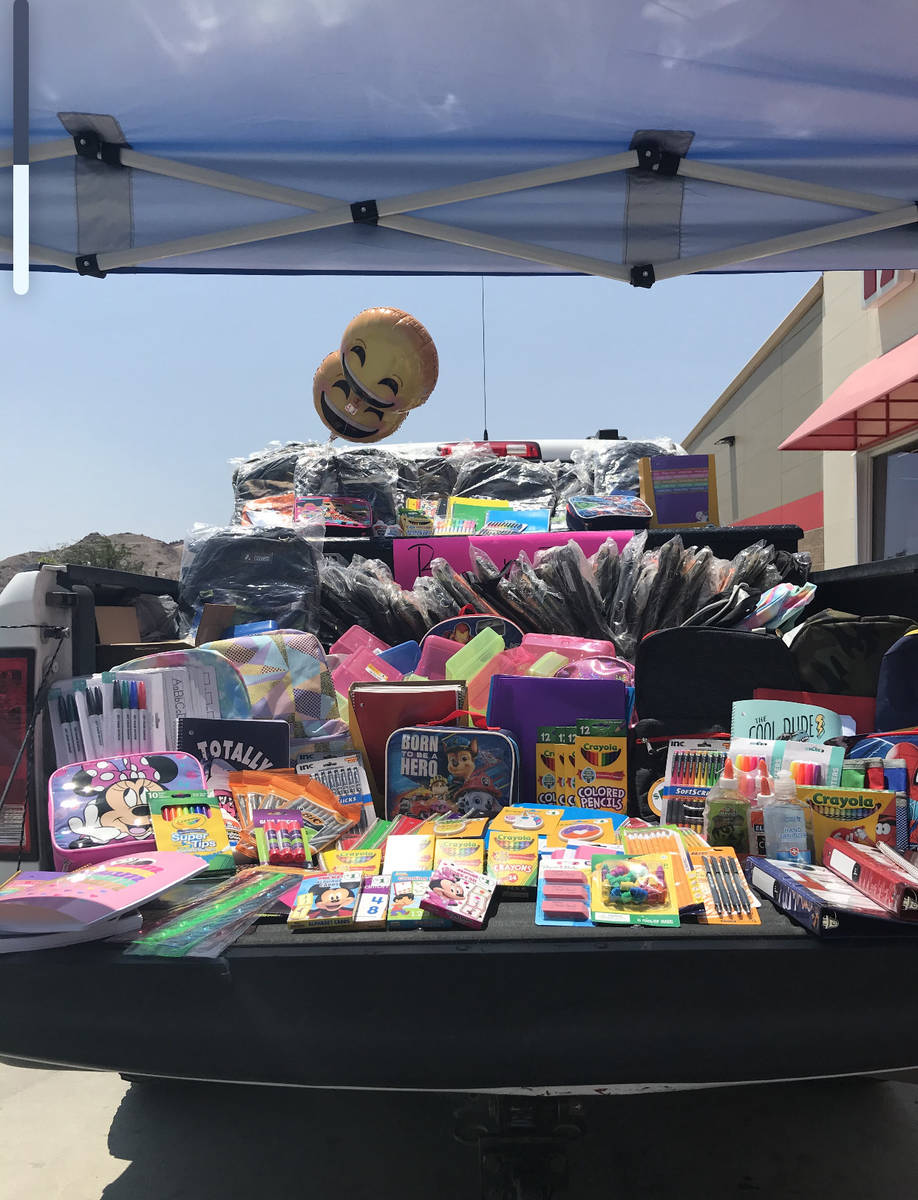 The Nye County Sheriff’s Office held its 7th annual student school supply drive in front of Walmart on Saturday, July 17. The sheriff’s office also set up in other towns across the county, including Tonopah.

The four-hour-long event ended with many receiving the needed supplies for the upcoming school year.

Over the year, many donations have increased due to more people moving to the Pahrump area and more people donating to help the children. After last year’s drive, they didn’t receive many donations due to COVID-19, which caused a major increase in donations this year.

Some of the officers and volunteers involved with the drive included Capt. David Boruchowitz in Pahrump and other deputies in Beatty and Tonopah, as well as numerous volunteers from the Pahrump Disability Outreach Program and Positive Pahrump. Deputies were stationed in Beatty and Tonopah where drive-thru events were also held to help the schools in those towns.

There is never really an issue when it comes to distributing the items, and they usually get rid of them all here in Pahrump. If there are any leftovers, the sheriff’s office usually works to give them out until they are gone or uses them for the next year.

After the drive ended, they handed out supplies to approximately 150 students in Pahrump, and only about a handful in Beatty and Tonopah.

In Beatty and Tonopah, those supplies will be provided to organizations that deal with children and the school district for distribution.

There were some leftover supplies in Beatty and Tonopah, but those will still be handed out for students.