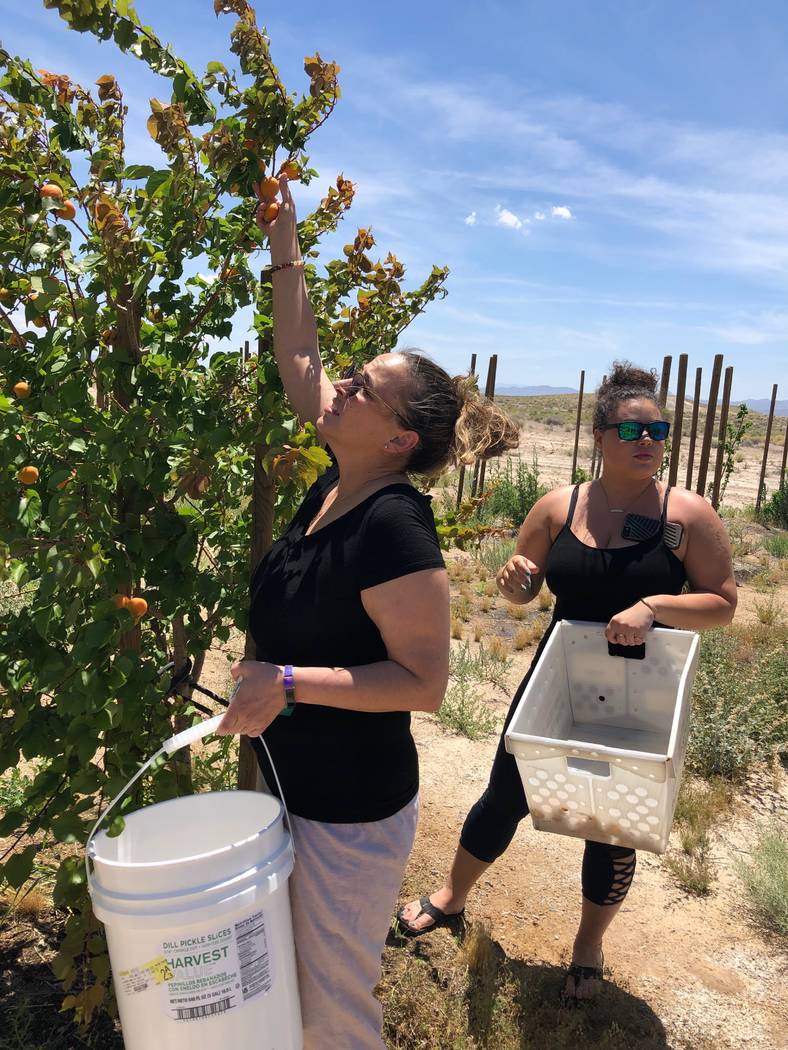 Sheri's Ranch According to a spokesman for Sheri’s, the brothel is planning to add at least 50 or more trees to the already more than 100 already on site. 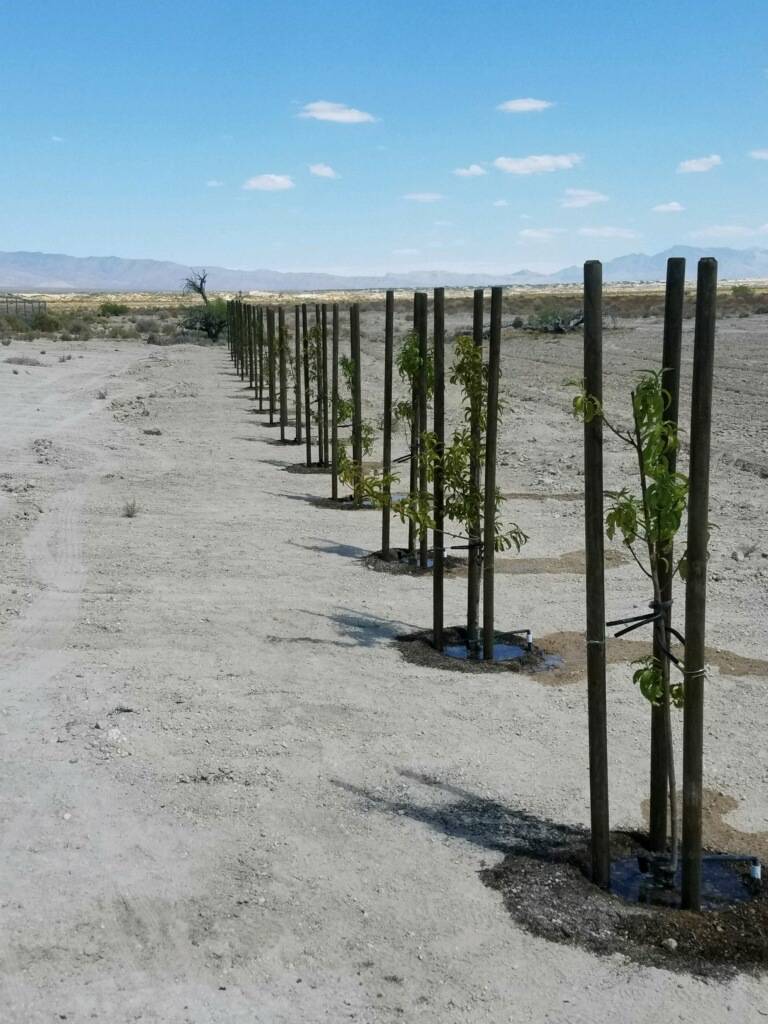 Sheri's Ranch Over 100 trees have been planted at Sheri's Ranch's on-site community orchard. This year, 50 more trees were planted. 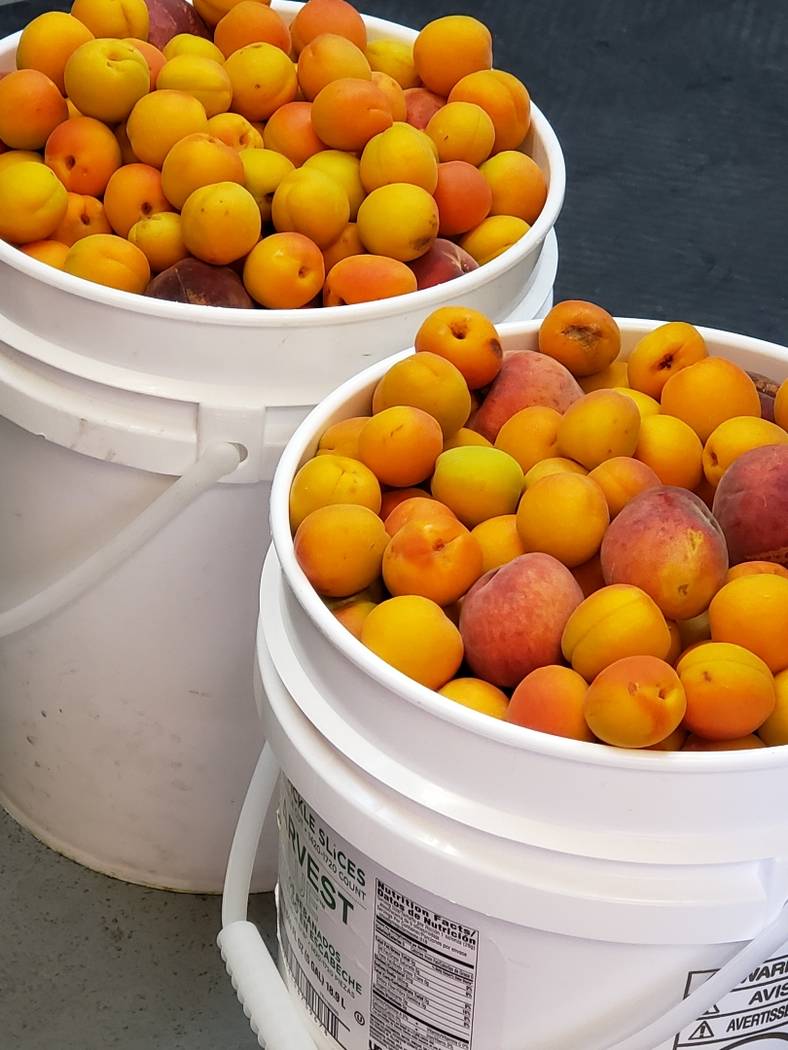 Sheri's Ranch Sheri's Ranch recently donated a variety of fresh fruit to the Pahrump Community Church's food pantry. The Pahrump-based legal brothel has over 100 trees at its on-site community orchard with 50 more trees being added this year. 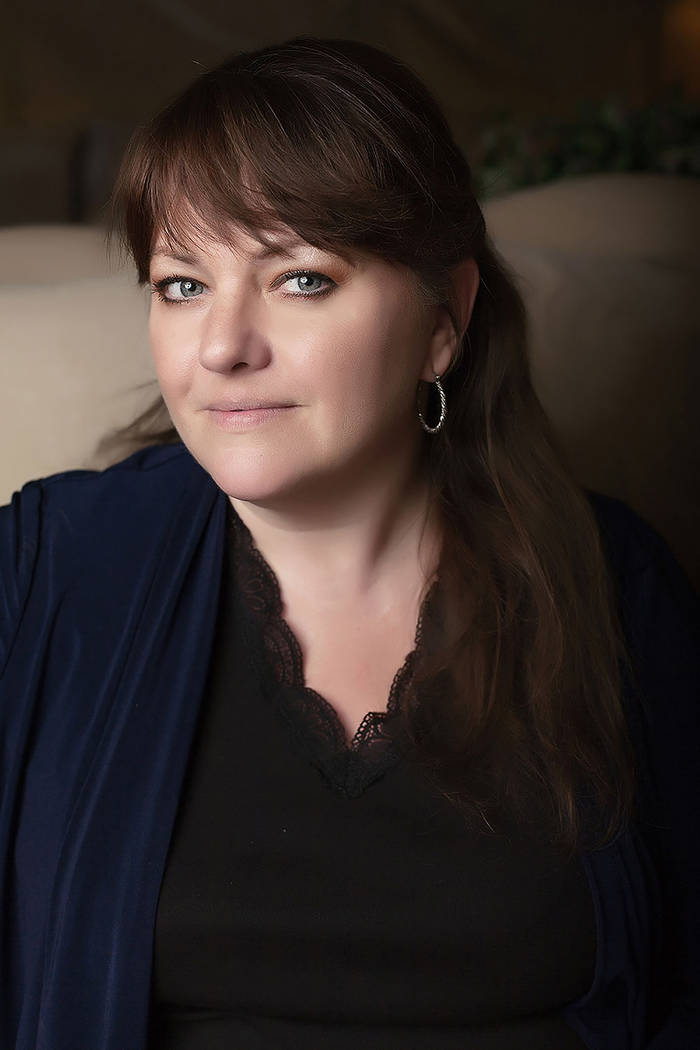 Sheri's Ranch Sheri's Ranch madam Dena has been working two jobs during her time at the the legal brothel. Dena works full-time as the madam at Sheri's and works to maintain a community orchard, on-site at the Pahrump-based legal brothel and resort.

Pahrump-based legal brothel and resort Sheri’s Ranch made a donation to a local food pantry after harvesting from its on-site community orchard.

The legal brothel donated a selection of fresh fruit, including peaches and apricots, to the Pahrump Community Church’s food pantry, according to a June 18 news release from Sheri’s.

“It was the most satisfying feeling after spending so much time to see that we were successful in our efforts to produce crops to give to the community,” said Dena, the madam at Sheri’s Ranch, in the news release. “About two years ago we dedicated a part of Sheri’s Ranch’s land for this reason, and self-funded it and gave it all the resources that were available.”

Over 100 trees have been planted in the on-site orchard, according to Dena.

“…I made a commitment that I was going to dedicate some of my time on a daily basis to take care of the plants and make any necessary arrangements to make this orchard a success,” she said. “My staff did a fabulous job making sure that these plants were watered properly throughout the year.”

The legal prostitutes at Sheri’s played a large role in caring for the orchard.

“I think a good part of my success is the ladies who have helped me manage this orchard,” said Dena.

Working on the orchard project can be a positive.

“When you introduce a project like this with an end goal to help the community, it promotes a positive culture among the working ladies and something marvelous happens—a self-motivated, selfless desire to work together toward producing something meaningful that is more than us,” Dena said. “And I think it is therapeutic.”

Work on expanding the orchard this year is in the works.

According to a spokesman for Sheri’s, the brothel is planning to add at least 50 or more trees to the already more than 100 already on site.

Former Nye County Commissioner Dan Schinhofen said in Sheri’s release, “I am very pleased that Sheri’s Ranch continued with their garden and have been able to donate fresh fruits to the local community food bank—they always have been a great community partner. Since they have opened, they have been donating to the senior center group on a regular basis, and I am pleased that they are a member of the community.”

Schinhofen helped with the initial design and implementation, according to a spokesman for Sheri’s.

“Sheri’s Ranch since then continued this project,” he said in an email.

The project initially started on “one acre of land “with the intention of allocating more as needed,” the spokesman said in an email.