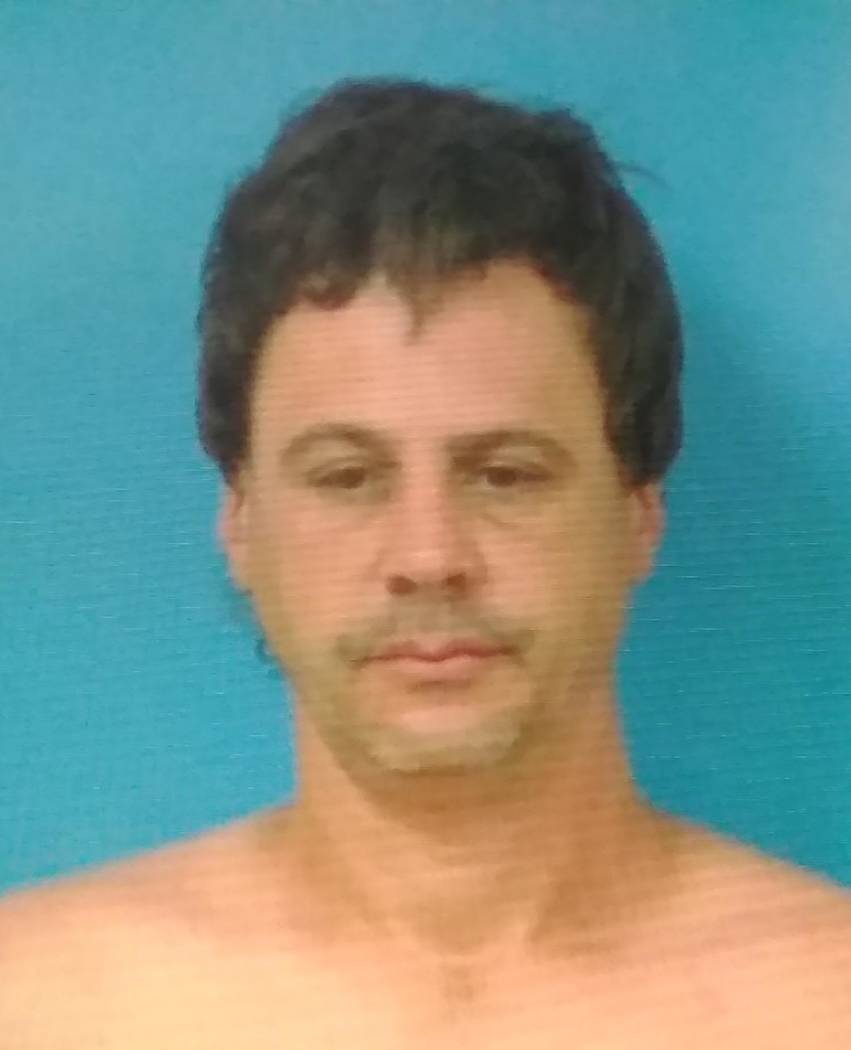 Special to the Pahrump Valley Times Clifton Pappas, 44, of Pahrump faces firearms and several animal cruelty charges after his arrest for allegedly killing two dogs and wounding another on Monday May 13.

A Pahrump man is facing charges after allegedly shooting three of his wife’s dogs, authorities said.

As stated in a Nye County Sheriff’s Office video news release, on Monday, May 13, dispatchers received reports of gunshots coming from inside a residence on Jane Avenue on the far south end of town, where deputies met with the homeowner, identified as Clifton Pappas, 44, of Pahrump.

“Pappas appeared to be under the influence of alcohol and stated that he had been drinking beers throughout the day,” the release noted. “Deputies had been called to the residence earlier on that day regarding Pappas’ alleged threatening of his spouse. He allegedly sent text messages threatening to shoot and kill all of her dogs and horses.”

The release went on to state that Pappas told deputies that he didn’t do anything wrong, but he heard the gunshots coming from somewhere.

“He later stated that he was tired of dealing with all of the animals and had the right to kill any animals on his property,” according to the release. “He then stated that he did what he had to do because his wife was cheating on him.”

Once inside the residence, the release stated that deputies observed a .45-caliber pistol, several cans of beer, an empty magazine and .45-caliber ammunition with nine rounds missing.

“Deputies located a large dog inside the residence that was obviously limping and had an open, bleeding wound to the right front leg and another in the abdomen,” according to the release. “Two additional dogs were located deceased inside the residence with gunshot wounds.”

Deputies also located both spent and unspent .45-caliber ammunition inside the home.

“Pappas admitted to deputies that he killed the dogs, and would have been able to finish the third dog if they had not shown up to interrupt him,” the release noted.

Pappas was subsequently arrested and charged with possession of a firearm under the influence of alcohol, perjury, three counts of torture, maiming, or killing an animal, in order to threaten or terrorize, three counts of killing, maiming, disfigure, or poison an animal of another, and two counts of discharging a gun within a structure.