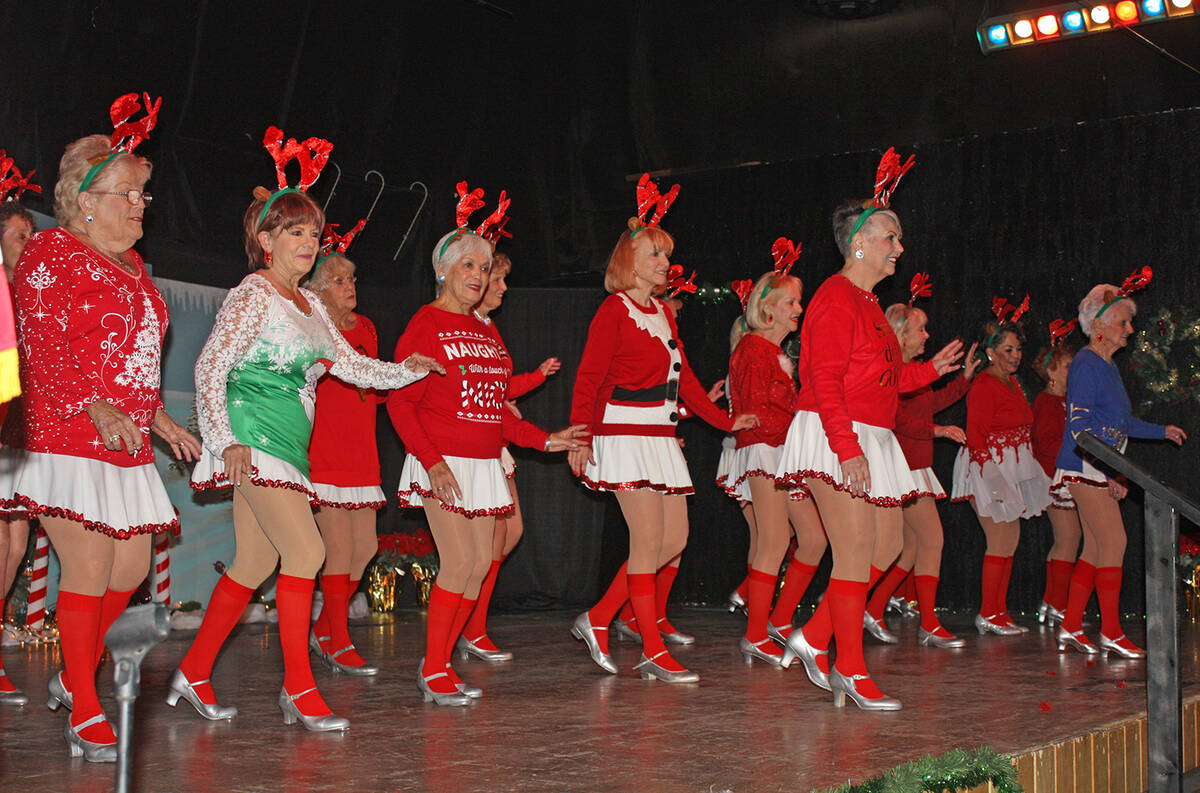 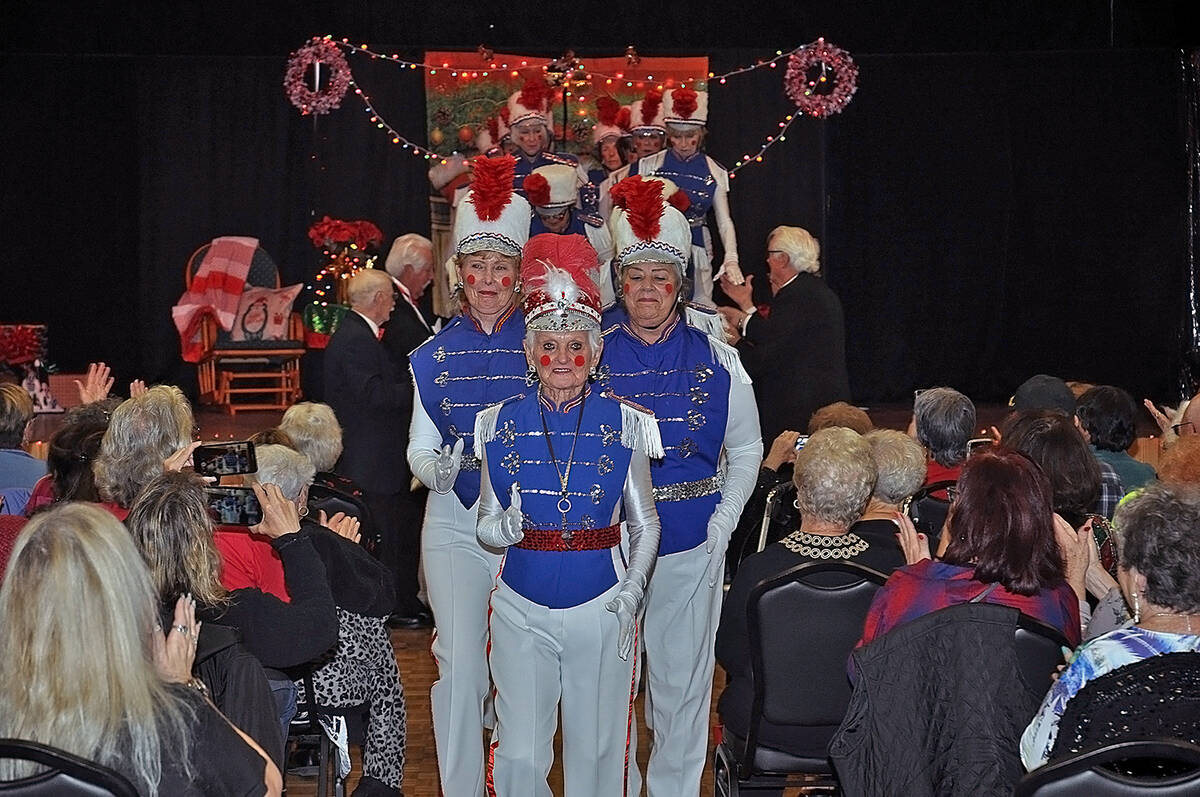 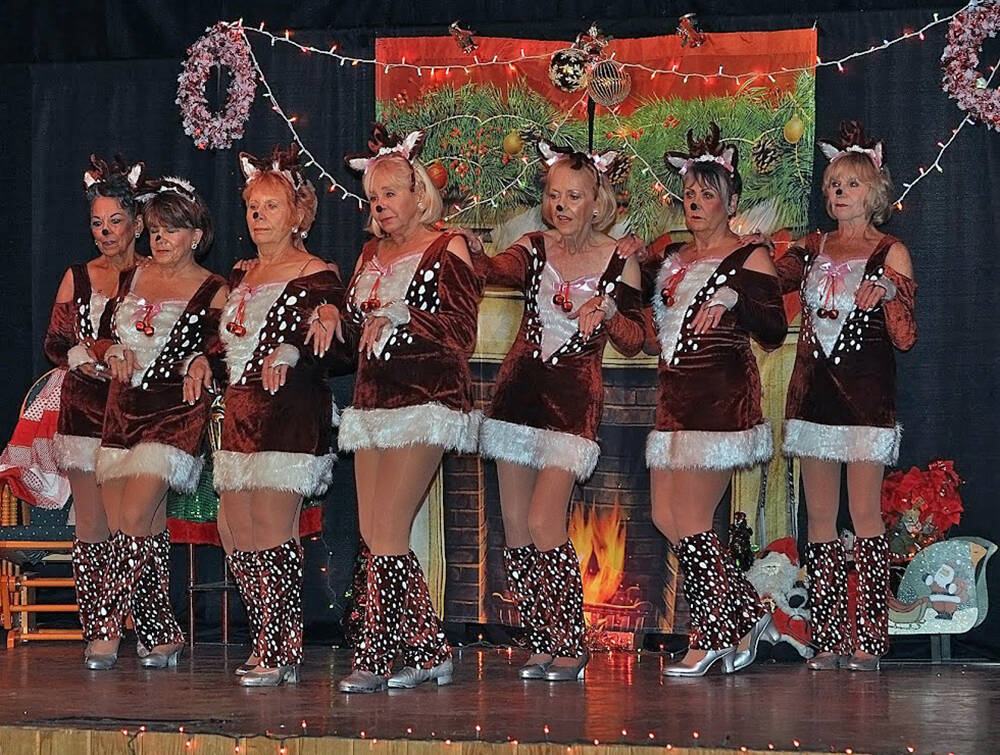 Christmas in the Pahrump Valley is always accompanied by a variety of holiday happenings and one of the most longstanding events of the season is the Nevada Silver Tappers Annual Christmas Benefit Show.

For decades, the ladies of the Nevada Silver Tappers have been taking to the stage each December to bring some holiday cheer to the town with song and dance, community and camaraderie, but the yearly venture is about a lot more than just Christmas revelry. The Christmas Benefit Show is, at its heart, a fundraising endeavor, with different organizations selected each year as recipients of the cash generated. For 2021, the Nevada Silver Tappers have chosen three distinct causes to reap the benefits of the show.

A portion of the proceeds will be donated to support veterans’ transportation in the valley, while another portion will be allotted to help the Tappers and its sister organization, Ms. Senior Golden Years, purchase wreaths to lay on the graves of late veterans buried at the Chief Tecopa Cemetery. The final third of the funds raised will be given to Nathan Adelson Hospice, with Silver Tappers and Ms. Senior Golden Years Founder B.J. Hetrick-Irwin noting that the nonprofit hospice was picked partly because of the incredible work they had done for her longtime partner Roy Barnes, who passed away in July of this year. She told the Pahrump Valley Times that she could not be more grateful for the compassion and care that those at Nathan Adelson gave to not just Barnes, but to every person they serve, and she is well aware of how emotionally trying such a career can be. Her desire, she said, was to give back to those nurses and assistants, with the donation to be made for the sole use of the Pahrump Nathan Adelson office.

The Nevada Silver Tappers are celebrating three decades of fabulous footwork and fundraising this year and everyone will be commemorating the milestone during the Christmas Benefit Show, which is set for this Sunday, Dec. 12. The show will take place at its new venue, the Bob Ruud Community Center, and a very delighted Hetrick-Irwin reported that all tickets have already been sold.

“We are completely sold out!” Hetrick-Irwin enthused. “And we are really looking forward to it. I just pray that people will come out and have a good time with us. It’s just wonderful how people come together this time of the year, and it would be wonderful if that could continue the whole year-round. That’s what it’s all about.”

The Christmas Benefit Show will include an array of talented performers, with 17 acts slated, ranging from dance routines by the Silver Tappers themselves to performances by members of the Ms. Senior Golden Years, to entertainment by various supporters of the two organizations. The show is scheduled to kick off at 3 p.m. but doors will open at 2 p.m., so that attendees can arrive early to spend a few moments with Santa and Mrs. Claus, who will be portrayed by Phil and Pam Raneri. There will be a holiday setup erected for Santa and the missus and they will be on hand to take free photos with attendees and share whispered confidences with the children as to what they are hoping for this Christmas.

In addition to the sale of tickets, another major fundraising feature of the Christmas Benefit Show is the passing of the Christmas stocking. During a brief pause in the entertainment, stockings will be passed through the audience and attendees are encouraged to bring along some cash so they can help make the benefit show as monetarily successful as possible.

“That’s when I am going to test their hearts!” Hetrick-Irwin said with a chuckle. “What we are all about, both the Silver Tappers and Ms. Senior Golden Years, is giving back to the community and that is what we continue to do. And the community has always supported us, so we are hopeful that there will be lots of generosity shown when we pass the stocking this year.”

For more information on the Nevada Silver Tappers or Ms. Senior Golden Years contact Hetrick-Irwin at 775-727-7011.