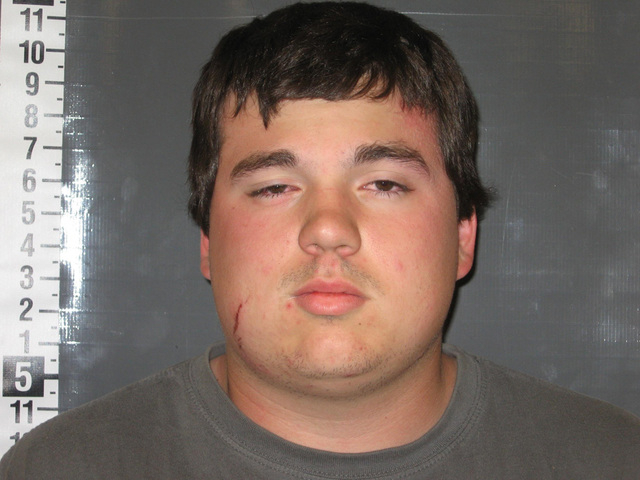 Police announced a sixth arrest in an ongoing investigation into adult men allegedly using the social media site Facebook to try and lure an underage female to meet them for sex.

Joseph Doty, 18, was arrested March 23 for luring a child with computer after police said he allegedly agreed to meet a female, who identified herself to him as being 13 years old, to engage in sexual activities.

According to a declaration of arrest in the case, during the course of Doty’s conversation with the female, he allegedly made statements such as “will you get me into trouble?” and asking her if she liked chocolate because he planned to bring a chocolate flavored condom with him when they met.

Police said the two then agreed to meet at the intersection of McMurray Drive and Woodchips Road. When the female told Doty she would need to sneak out of her house to see him, she asked whether she should leave through a door or a window, to which Doty allegedly replied she should go through a window.

After Nye County Sheriff’s detectives learned about the alleged Facebook conversation, they went to the intersection to further investigate.

When they arrived just before midnight, detectives said they observed a male wearing a grey sweatshirt and blue shorts standing on the corner. The male identified himself as Doty, and was subsequently placed under arrest.

According to his arrest report, Doty at first told police he was just hanging out on the corner relaxing, but as police continued to question him about the alleged Facebook conversation, they said he stated someone may have stolen his Facebook account password.

After police said they discovered a chocolate flavored condom in Doty’s wallet, the 18-year-old allegedly conceded that he was there to meet the female he had been chatting with on the social media site.

Doty was later booked into the Nye County Detention Center, where he remained in custody as of Thursday morning.

The Nye County District Attorney’s office filed a criminal complaint against Doty in the case March 26, charging him with luring a child, a category B felony.