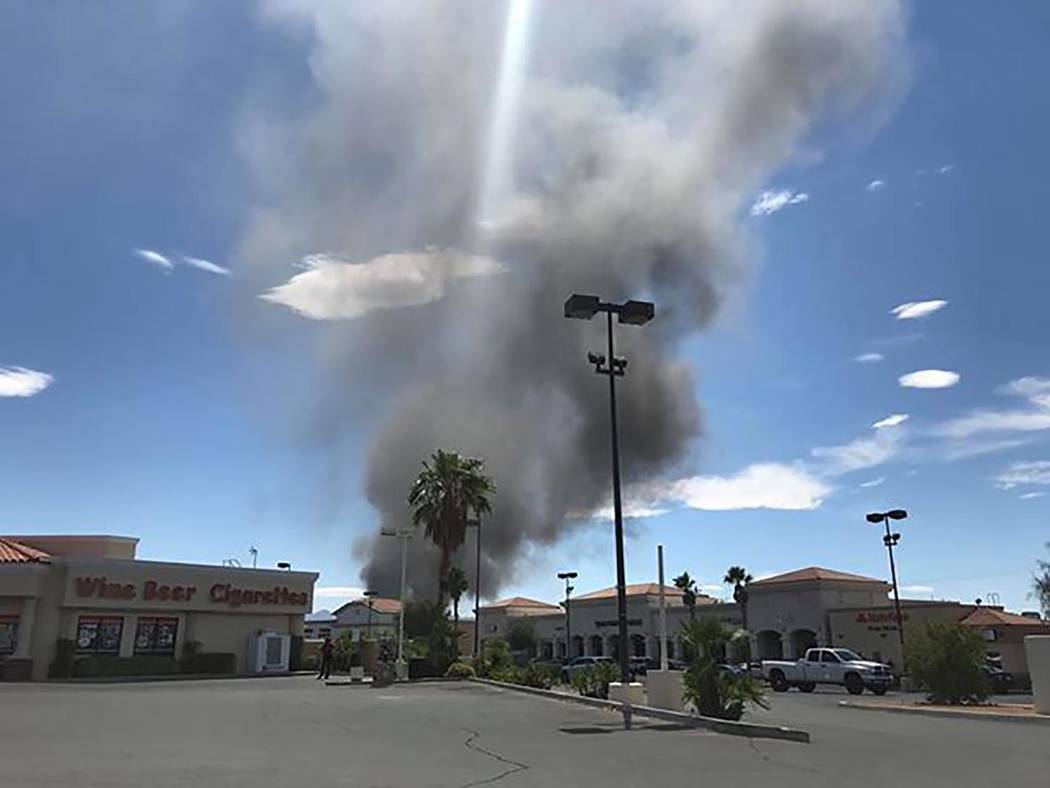 Philip Northcutt/Special to the Pahrump Valley Times Smoke is shown rising from behind a shopping center in Pahrump on Tuesday. A fire was reported in a nearby residential area. 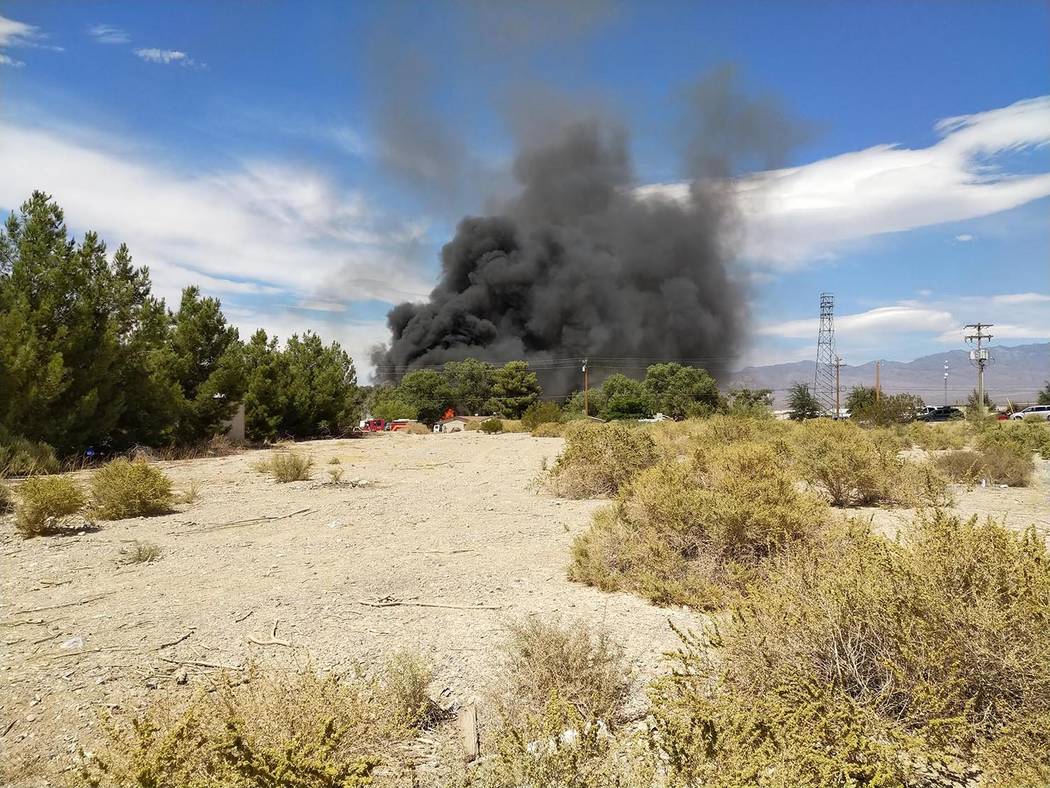 Fire crews on Tuesday afternoon were at the scene of a residential fire near Wilson and Bolling roads in Pahrump. Initial reports were that a mobile home was burning near the area of West and Short streets.

Later, the Nye County Sheriff’s Office said that “several” residences were burning as part of a large structure fire in the area of Wilson and Bolling.

Two people were being assessed for injuries, according to the initial reports.

The fire’s cause was not known.

Traffic in the area, including school buses, was being rerouted while Pahrump Valley firefighters worked at the scene. Power was briefly cut to a nearby school district building.