Some COVID-19 metrics inch up in Clark County, Nevada
By Mary Hynes Special to the Pahrump Valley Times
September 29, 2022 - 9:33 am 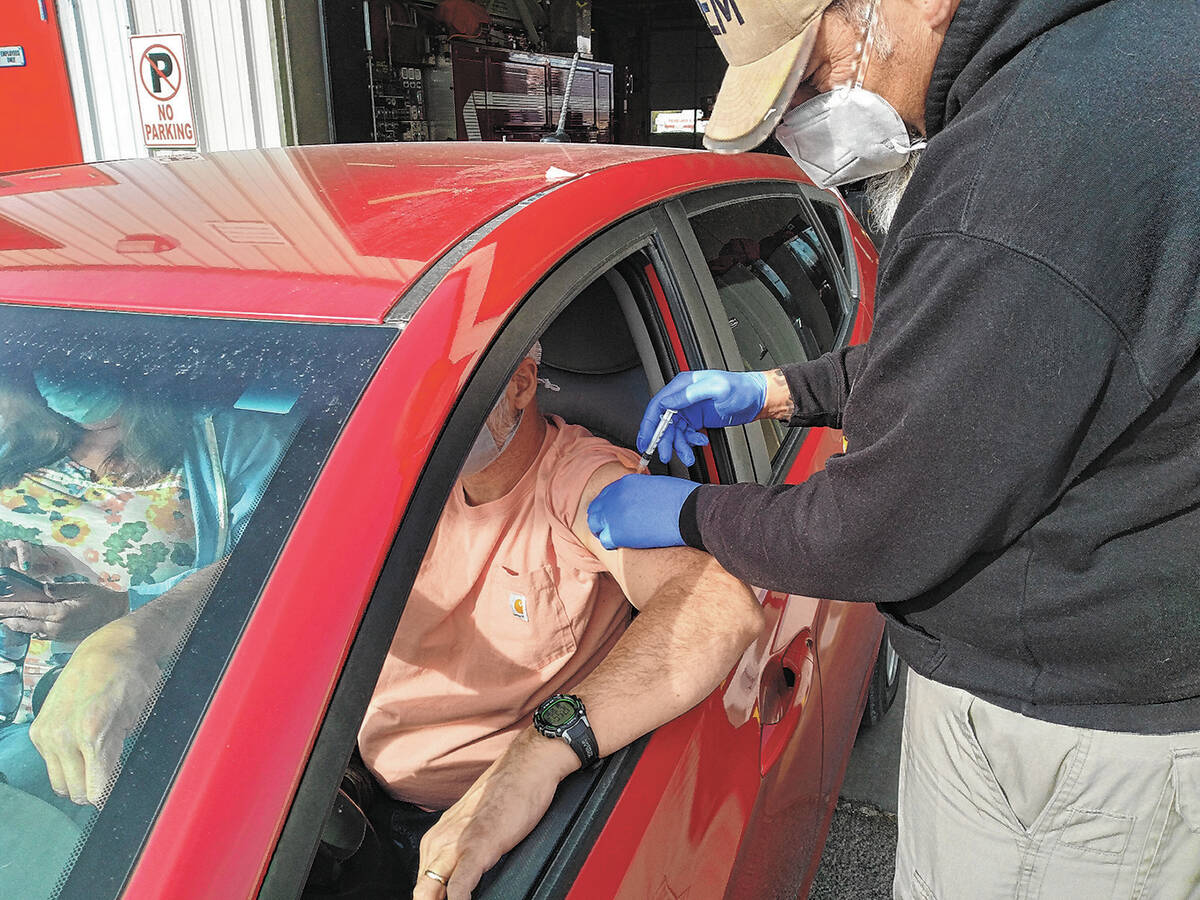 After declining for 10 straight weeks, COVID-19 hospitalizations plateaued this week and inched up statewide, according to new state data released Wednesday.

Deaths also ticked up in Nevada after falling last week to their lowest point of the pandemic.

Epidemiologist Brian Labus said the slight increases in some disease metrics aren’t significant, adding that when numbers have hit bottom they’re going to “bounce around a little bit.”

“The hospitalizations and deaths are low, and there’s no indication that they’re trending back up yet,” said Labus, an assistant professor of epidemiology and biostatistics at UNLV’s School of Public Health.

Confirmed or suspected COVID-19 hospitalizations inched up to 118 statewide from last week’s 115, according to data from the Nevada Department of Health and Human Services. There was one additional death in the state in the past two weeks, according to updated data released on Wednesday.

The 14-day average for confirmed daily new cases in the state was 114, down from 144 the prior reporting period. Nye County recorded six new cases in the past seven-day reporting window, up from four the previous window. All of those cases were in Pahrump.

These figures are undercounts in part because of the growing use of at-home rapid tests, whose positive results go unreported. Numbers of hospitalizations are considered a better measure of disease trends.

The Nevada Hospital Association in a weekly report said that there are some predictions that there will be “modest” increases in hospitalizations in October but did not provide details.

For weeks, all of Nevada’s counties, or all but one, have had low community levels of COVID-19, a determination made by the Centers for Disease Control and Prevention based on hospitalizations and cases. This week, rural Lander, Mineral and Lincoln counties were designated as having medium levels of COVID-19, while the remainder of the state was at low.

The emergence of a new variant that can evade built-up immunity from prior infection or vaccination could reverse the downward trend, health officials say.

Wastewater surveillance conducted in Southern Nevada to spot disease trends continues to find omicron subvariant BA.5 in most samples, said Edwin Oh, a researcher and associate professor at UNLV’s Kirk Kerkorian School of Medicine. BA.5 was the dominant strain this summer and is targeted by the new, bivalent booster shot.

However, Oh and his colleagues have started to observe the emergence locally of new variants BF.7 and BA.2.75, strains also being detected in other parts of the country.

It remains uncertain whether these new strains could result in an increase in cases, health officials say.