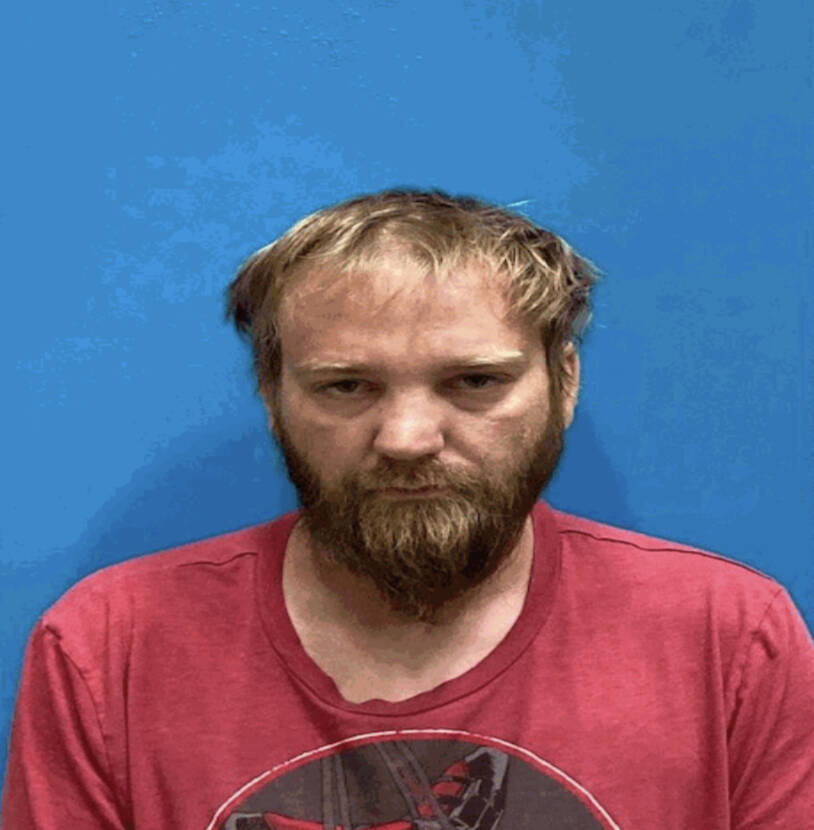 A Nye County Sheriff’s Office deputy said he was met with screams from a woman as he responded to a domestic dispute.

Deputy Cody Murphy was dispatched to a residence along West Rio Rancho Drive for a reported disturbance involving a 68-year-old mother and her son just before 5 p.m. on June 15, according to a sheriff’s office arrest report.

The woman was the mother of the alleged suspect, according to the report, and she had called 911 for help.

The woman’s son was identified as Bradley Garban, according to the report.

“The mother was clearly emotional and fled to her car, where her oxygen was, that she needed to breath with,” Murphy’s report stated. “I then detained and spoke to Bradley, who advised that he suspected his mother had taken his firearm and several knives from his room. Bradley advised that he suspected that his mother had taken the items due to him being told that she was trying to have friends and family hold them for her.”

Garban told Murphy that he had called the sheriff’s office to report the firearm stolen, according to the deputy’s report, but wanted to settle the issue prior to their arrival.

“Bradley advised that during the argument, he had prevented his mother from leaving the scene by blocking the doorways,” according to Murphy’s report. “Bradley also advised that his mother had pushed him several times during the altercation. While speaking with Bradley, he admitted to having taken several shots of alcohol.”

After speaking to Garban’s mother, she admitted to taking a firearm and other items that her son was alleging, the report noted.

As a result of the initial investigation, Garban was arrested and booked on suspicion of false imprisonment and domestic violence, when he allegedly grabbed and prevented his mother from escaping the altercation when he prevented her, against her will, from leaving.