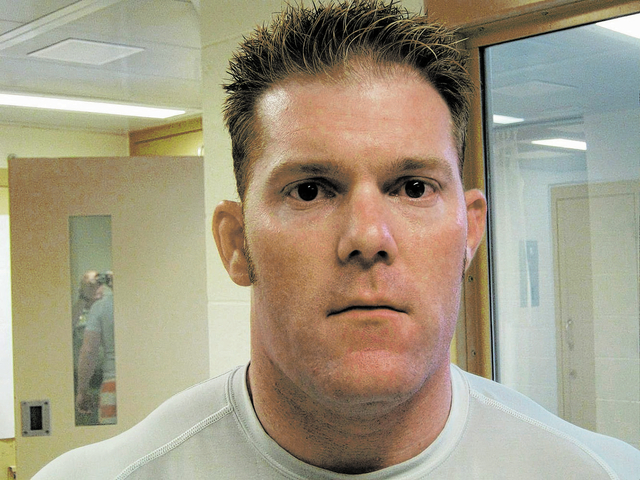 “It was the department’s worst kept secret.”

That’s how one Nye County Sheriff’s deputy described the situation before a drug investigation nailed a local patrol sergeant who was caught last month stealing pills from the department’s prescription medication disposal program.

Far from being a “shock” to the rank and file of the sheriff’s office, the arrest of Sgt. Michael Horn, a 10-year-veteran, apparently followed years of suspicions and missed opportunities to get the deputy help.

Several sources, all current deputies not authorized by Sheriff Tony DeMeo to speak publicly, confirmed to the Pahrump Valley Times that at least two complaints alerting superiors to Horn’s suspicious behavior were made in the past, one several years ago, the other just months before his arrest.

Nothing ever came of the complaints, even though they were drug-related. No serious internal affairs investigations were conducted, and the matters seemed to be “swept under the rug,” multiple sources said.

A volunteer in charge of the drug disposal program revealed to the PVT that pills began missing almost a year prior to Horn’s arrest. The volunteer began noticing less and less of certain types of medications that previously were collected in greater quantities. These included brands like Oxycontin, Viagra and Cialis, the source said.

Horn volunteered to help with the drug disposal program about a year before his arrest. His assistance coincided with the beginning of the suspected thefts, the source confirmed to the PVT.

It got so bad that the pills were moved from an unsecured office into the department’s secure evidence room. That was about eight months ago. Still, pills destined for the landfill instead turned up missing.

On at least two occasions, drug-related complaints against Horn filtered through the department with no results.

The first came to narcotics detectives in 2007 from a former sheriff’s deputy.

Numerous sources tell similar stories about what happened. Essentially, Horn, during a night of partying, allegedly gave a friend some pills. The friend lost consciousness and Horn rushed him back to a house in Boulder City where the ex-deputy, now a Boulder City cop, lived. The friend’s wife was forced to stick her hand down the man’s throat and force him to vomit.

“His stomach was full of pills,” said the officer, who didn’t want to be identified. Later, the officer said he and the people with Horn discovered a cache of drugs and syringes in a bag Horn brought with him to the home.

“He committed three or four crimes right off the top of my head. I called (a narcotics officer with Nye County),” he said.

Travis Huggins, a retired deputy, confirmed he received instructions when he was a narcotics officer from superiors to look into the matter. The man Horn allegedly gave the drugs to would never give a statement, Huggins said. Horn denied any wrongdoing to the officers and so the matter was handed over to internal affairs, where officers can be compelled to provide information or be fired.

Nothing was ever done and the matter was dropped, Huggins says.

A second complaint naming Horn was made by a subordinate just last year.

According to Bill Becht, a former sheriff’s captain who retired last September, he was alerted to suspicious behavior on Horn’s part by the underling and referred the matter to the narcotics squad.

“A deputy came to me and said Horn wanted to count pills that he was turning in,” Becht said. “I think I talked to narcos about it. I don’t believe it was shut down by the sheriff or anything.”

Becht said he never personally witnessed any strange behavior or saw physical proof that Horn was doing anything wrong.

“In hindsight, well, hindsight is 20/20,” said the former captain, who today is running for sheriff.

A police report detailing the evidence against Horn remains at the district attorney’s office, which has not yet filed formal charges. The police report is not yet being made available to the media.

A detective who has seen the report says the prior complaints against Horn are revealed in the report.

District Attorney Brian Kunzi said this week that there remain some loose ends to tie up before formal charges are filed by his office.

Sources say an internal affairs investigation against Horn has not yet commenced.

By comparison, Royce Avena, another deputy facing criminal charges in an unrelated case, was arrested in December and charged in January by the DA’s office, an internal affairs investigation commencing against him immediately. Avena is already preparing for future court dates while none have been set for Horn.

DeMeo wasn’t available for comment by press time. When alerted two weeks ago that the PVT was preparing a story questioning statements he made in public about Horn’s arrest coming as a “shock” to his department, he suggested anonymous comments about the ordeal were politically motivated — Horn is the son-in-law of Assistant Sheriff Rick Marshall, a leading candidate to replace DeMeo.

When asked about specifics, he said the extent of Horn’s issues with prescription painkillers were the result of Veterans Affairs doctors overprescribing drugs to the deputy.

“We did find the source of the drugs (related to the complaint several years ago), it was the VA!” DeMeo exclaimed, before launching into an angry tirade about deputies lying about administrative staff members covering for Horn over the years.

Horn was an Air Force firefighter. He’s dealt with major back pain for a number of years, people close to him say.

He was arrested on drug and other charges after he was confronted over pills missing from a cache of medication he was responsible for booking into evidence.

Police learned that Horn was not just stealing the pills, but was accused the day of his arrest with coercing an elderly woman out of her pain medication as well. When caught, police discovered that Horn was under the influence at the time, operating his squad car, and responding to calls. He allegedly failed a drug test and was in possession of all manner of pilfered medication; empty pill bottles with other people’s names on them were discovered in his squad car.

Sources questioning Horn’s treatment by top NCSO brass say they believe Horn should have been drug tested during the earlier incidents — after all, such testing is stipulated in the department’s union contract when suspicions are raised against a deputy. It could have saved the department not just from an embarrassing ordeal today, they say, but spurred Horn to get help, possibly saving his career.

He was arrested Jan. 25 and placed into custody in Beatty in lieu of $66,900 bail. But a justice of the peace, assured by a former local physician and Horn family friend, Dr. Frank Toppo, that the deputy would immediately go to rehab, released the sergeant on his own recognizance. Sources say Horn has so far been unable to find a spot in a VA in-patient facility.