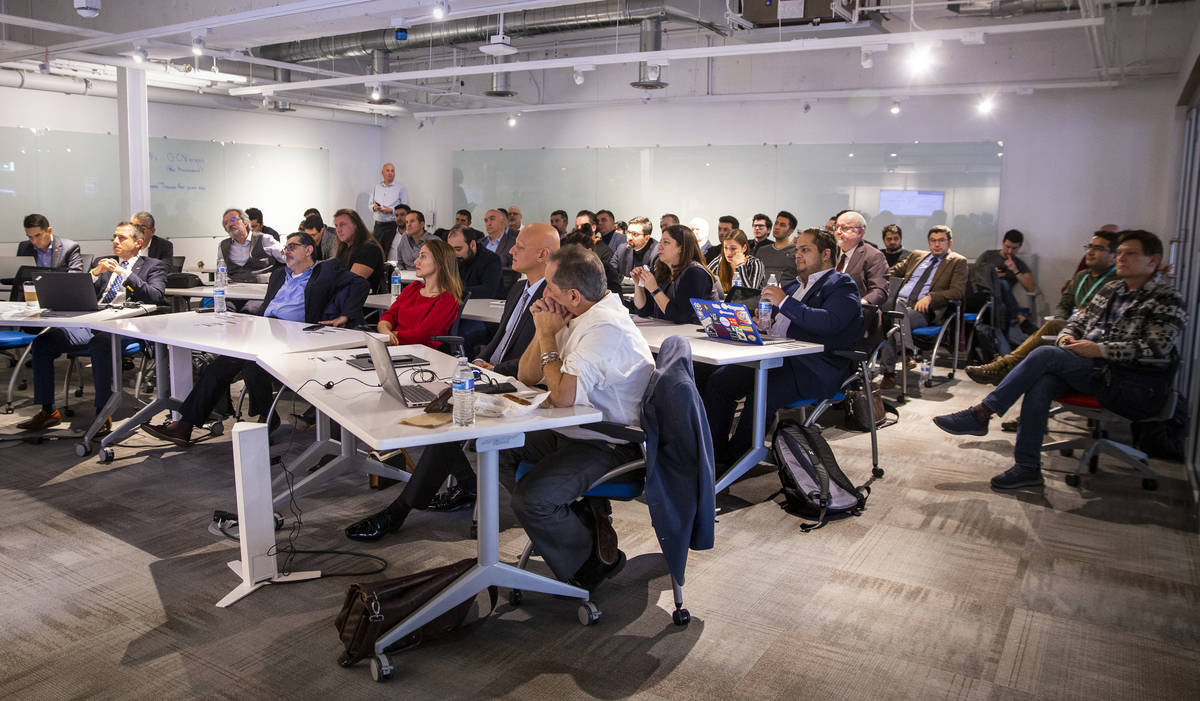 L.E. Baskow/Las Vegas Review-Journal Members of the Turkish Trade Expo listen to a presentation by StartUP NV at the International Innovation Center @ Vegas on Monday, Jan. 6, 2020, in Las Vegas.

Prior to SB9, Nevada’s law regarding private company investment had been written in the 1990’s during the dot.com boom and aligned to federal regulation at that time. Federal laws since changed but the Nevada statutes did not keep pace, creating potential conflicts and uncertainty in how laws would be applied. The uncertainty discouraged private investment funds from forming and investing in high-growth Nevada-based startup businesses.

Introduced by Lt. Gov. Kate Marshall and StartUpNV, SB9 was passed unanimously by the Nevada State Senate, with an overwhelming majority in the State Assembly and signed into law May 25 by Gov. Steve Sisolak. Many business and economic development leaders staunchly supported the bill as it aligns Nevada with 23 other states, including Utah, Arizona and Idaho, that together maintain state investment laws consistent with federal law.

SB9 specifically and clearly defines how investors and entrepreneurs can comply with investor laws. It also outlines how small investor funds and their representatives are exempt from regulations designed for much larger funds with more complex financial offerings. By clarifying the laws and related regulations in Nevada, SB9 removes barriers and uncertainties for new startups to raise capital, encourages new Nevada-based investor funds to be created and entices investment organizations to move from out of state and support Nevada startups.

“Investors are prepared for the risks of early-stage investment, but unclear laws and regulations discourage investment,” said Jeff Saling, executive director of StartUpNV. “SB9 incentivizes investment in Nevada-based startups helping to create jobs, develop new industries and make our state’s economy more diverse and resilient. This new law can be one of the matches that lights the fire to expand Nevada’s economy by providing the fuel for startup growth, job creation and equal access to capital markets and wealth creation.”

“The passage of SB9 will modernize our laws around accredited investors, thus democratizing access to capital for our Nevada startups and making access to the American dream easier for our communities,” Marshall said. “I thank StartUpNV for their critical leadership on this issue.”

It is estimated that the new law will grow annual invested capital from $2 million to $25 million, creating $500 million in economic activity by 2024.