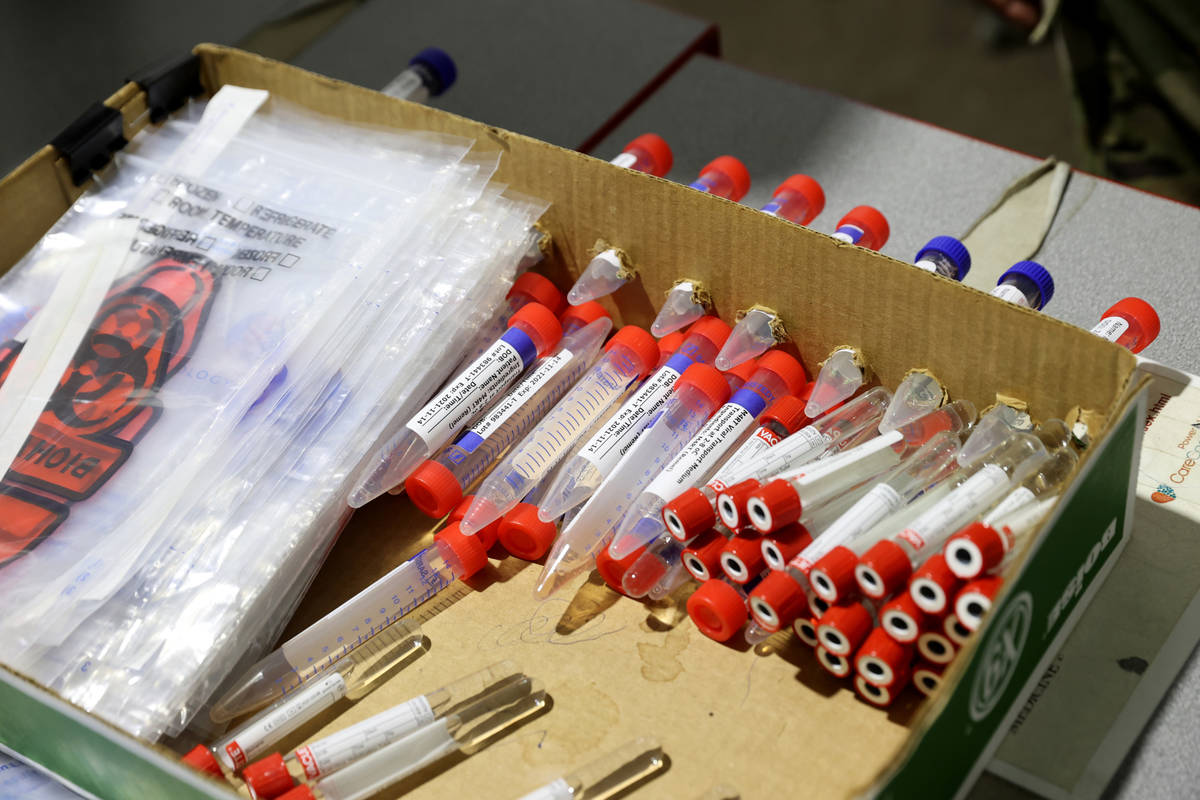 For the first time in more than two months, more than 1,000 new cases of the coronavirus were reported throughout Nevada, according to the Department of Health and Human Services.

There were 1,146 new cases reported on Saturday, along with five additional deaths, according to the state health department’s coronavirus website. The last time more than 1,000 cases were reported in the state was on Aug. 14, when there were 1,099 reported cases.

The new cases include numbers from Washoe County, which reported its highest ever one-day increase in cases on Friday evening. Because the county reports numbers in the evening, they are factored into the following day’s state total.

The state’s infection rate, which is calculated by the Review-Journal as total cases divided by total people tested, rose by 0.1 percentage points to reach 12.10 percent on Saturday, according to state data.

The rate has been slowly rising since mid-September, when daily case reports also started rising.

The health department calculates a positivity rate over a two-week period, which increased by 0.2 percentage points to reach 9.8 percent on Saturday. The rate is calculated using total “testing encounters,” which produces lower percentages because the figure includes people who received multiple tests at different points during the pandemic.

The updated figures brought totals in Clark County to 78,162 cases and 1,491 deaths.