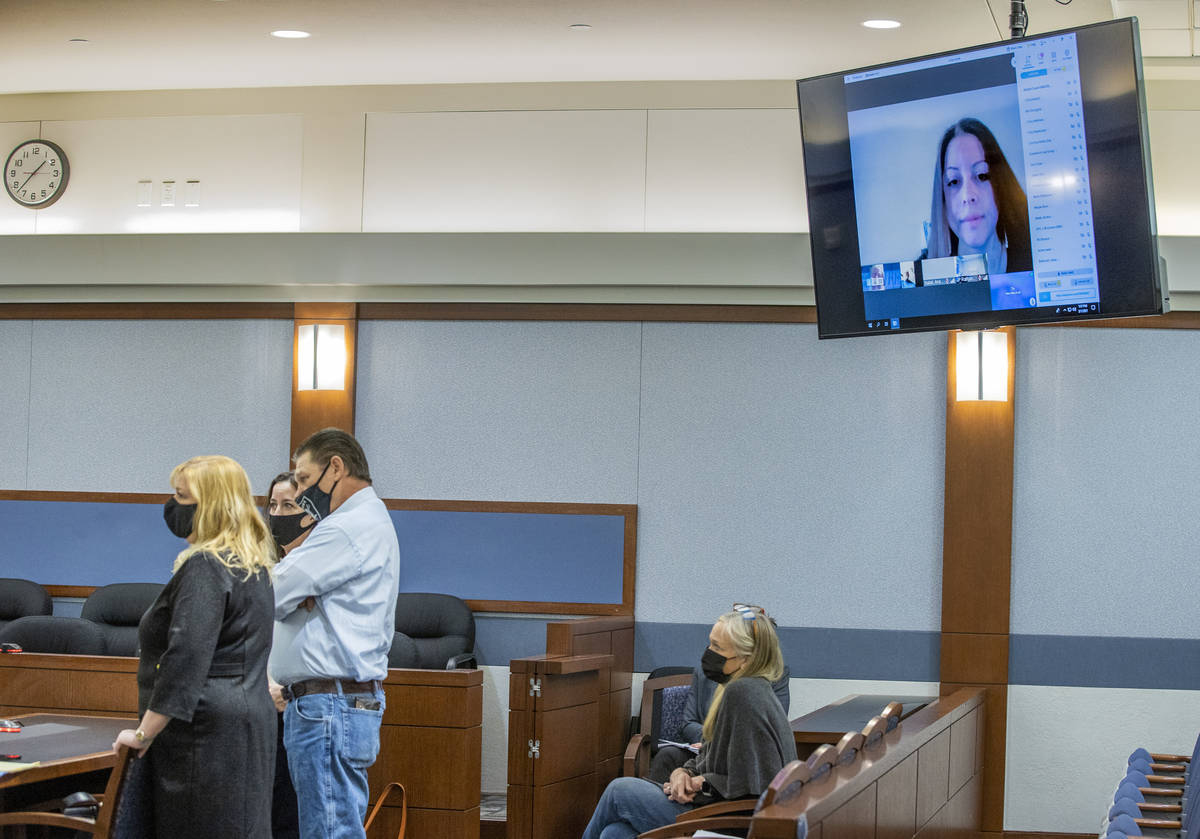 (From left) Attorney Lisa Rasmussen, attorney Kristina Wildeveld, Fred Steese and others listen to the judge during his settlement hearing at the Regional Justice Center on Monday, March 1, 2021, in Las Vegas. (L.E. Baskow/Las Vegas Review-Journal) @Left_Eye_Images 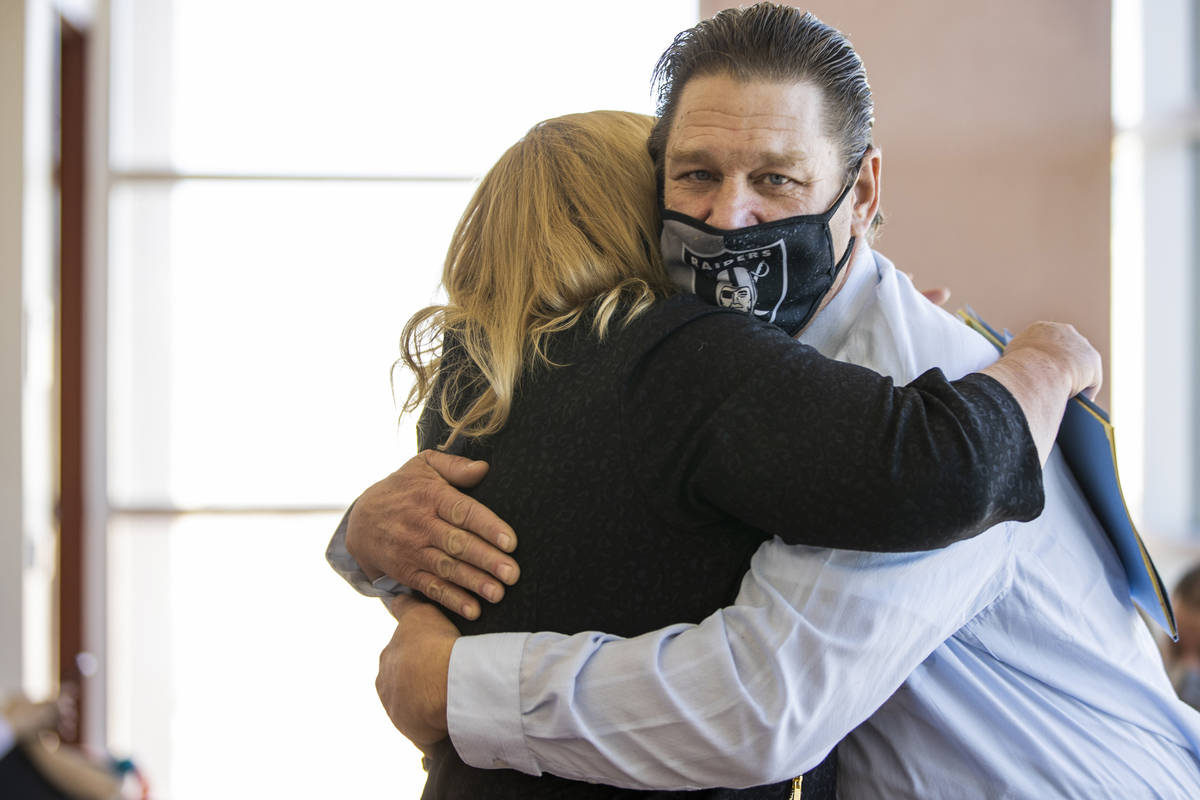 “As attorney general, my job is justice, and I’m thrilled that Mr. Steese has been declared an innocent man,” Ford said. “While no amount of money can ever replace our freedom, Mr. Steese will be compensated for the years he has lost. I want to thank the attorneys in my office who have worked tirelessly on this case. Your work means so much in the eyes of Nevadans.”

In 2012, following extensive evidentiary hearings, the Eighth Judicial District Court granted Steese’s post-conviction petition for writ of habeas corpus, finding that Steese was actually innocent. The state agreed to permit Steese to enter a nolo contendere plea to reduced charges of second-degree murder. Steese was released on a time-served sentence on Feb. 28, 2013. In 2017, Steese received a full, unconditional pardon from Nevada Board of Pardons commissioners based on his actual innocence.

In 2019, the Nevada Legislature adopted Assembly Bill 267 to compensate persons who have been wrongfully incarcerated if they can prove, by a preponderance of the evidence, that they did not commit the crime for which they were convicted, were not an accomplice and did not otherwise cause their own conviction. Additional costs, including reasonable attorney fees, educational expenses, counseling services and certain other reimbursements are also permitted. Steese is the fourth person in Nevada to receive a Certificate of Innocence under this new statute.