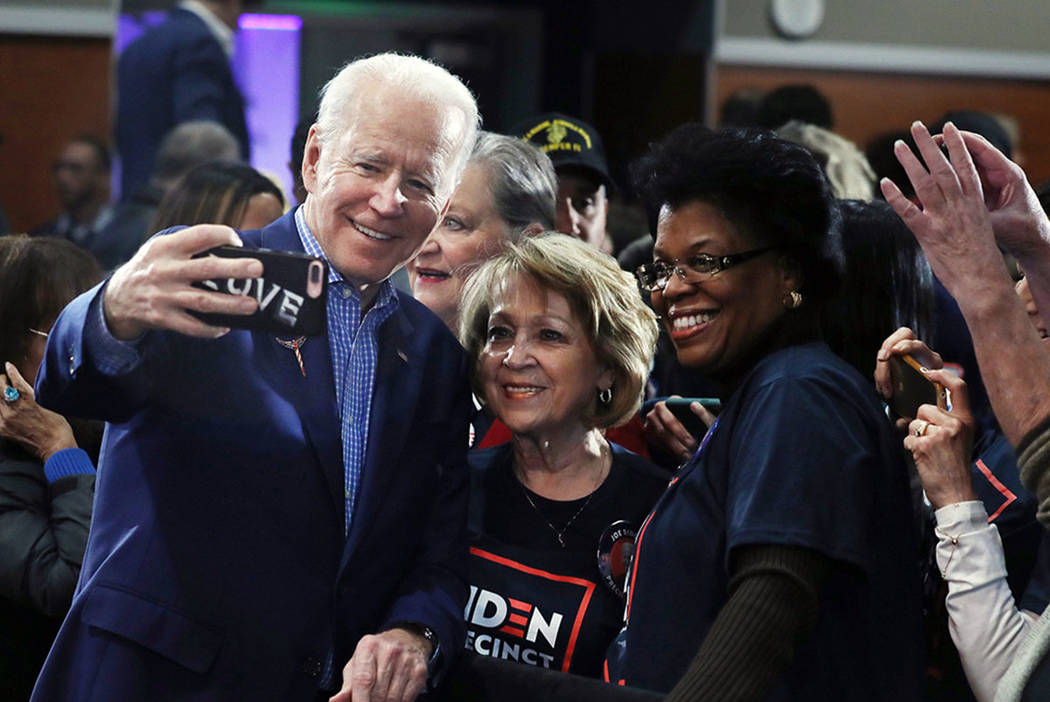 In politics, the oldest cliche in the business is: The only poll that counts is the one they take on Election Day.

The truth is more like this: The only poll that counts is in the Electoral College. If we’ve learned nothing else from President Donald Trump’s victory four years ago, we should learn this: The game is played in Electoral College states and only in those states.

That’s one of the messages hammered home repeatedly in Rick Wilson’s newest book, “Running Against the Devil.” The former Republican consultant-turned-Never Trumper offers political advice to his former adversaries in the Democratic Party about how to win in 2020.

I thought of that on Tuesday, as former Vice President Joe Biden was continuing the upward glide that began with his distant second-place finish in Nevada’s caucuses on Feb. 22. Biden took home 10 of the 14 Super Tuesday states, while top rival Vermont Sen. Bernie Sanders gained four. (In fairness, one of those was Vermont, his home state. But in even more fairness, one of them was delegate-rich California.)

But I was looking at something else on the map: a short list of states that either the Democratic nominee or Trump will need to win in November. And in that respect, Biden had a very good night.

In a single day, he won Minnesota, Maine, Virginia and North Carolina, all swing states that Wilson identified as keys to the November election. (Winning in Texas, while definitely a plus for Biden, is less impressive when you consider Texas will very likely go for Trump.)

In fact, the election is all over but the voting in a majority of states now, Wilson argues. The real battle will be fought in about 15 states that might swing back or forth between the two parties. Wilson’s opinion is that a more centrist candidate such as Biden would run better against Trump than would a more liberal candidate such as Sanders. (That’s in spite of the national polls that show Sanders beating Trump in a head-to-head matchup, polls Sanders is fond of citing.)

So far, Biden and Sanders are splitting wins in swing states. Biden on Tuesday captured Minnesota, Maine, Virginia and North Carolina. But Sanders already bagged New Hampshire (on Feb. 11) and Nevada (on Feb. 22), as well as Colorado (on Tuesday). He came in a very close second in another of Wilson’s swing states, Iowa, on Feb. 3.

Of course, winning a Democratic primary is a far cry from guaranteeing a victory in a statewide general election that’s still more than seven months away. And we’re nowhere near knowing even who the eventual Democratic nominee will be (as of this writing, Biden had 502 delegates to Sanders’ 454, with 1,991 needed to clinch the nomination).

Although some high-profile people have endorsed in the race — looking at you, Sen. Harry Reid, as well as former candidates such as Pete Buttigieg, Amy Klobuchar and Michael Bloomberg, who have all endorsed Biden — it’s important for the Democratic Party to let the process play out. That means no late-in-the-game rule changes, such as “whoever has the most delegates going into the July convention should win.” It also means that Biden and Sanders should keep competing as long as necessary without undue party or establishment influence.

The short-term gains — wrapping up a nomination so a single candidate can start uniting the party and raising money that can be saved for the general election fight against Trump — would clearly be overridden by the long-term losses. Sanders’ supporters are already suspicious of the establishment rallying to Biden. They already reject the idea that only Biden can defeat Trump, although the president seems keenly interested in Sanders getting the nomination. There’s a very real possibility any hint that the party’s establishment is trying to steal the nomination from Sanders could alienate his base of supporters, which could spell disaster for the party in November.

It’s going to be a long, hard slog for whoever wins the Democratic nomination to win against possibly the most media-savvy, gifted persuader ever to win the presidency. (And Democrats who fail to recognize these qualities because of their disdain for Trump make their work only harder.) Democrats can’t afford to fight among themselves and against Trump at the same time.