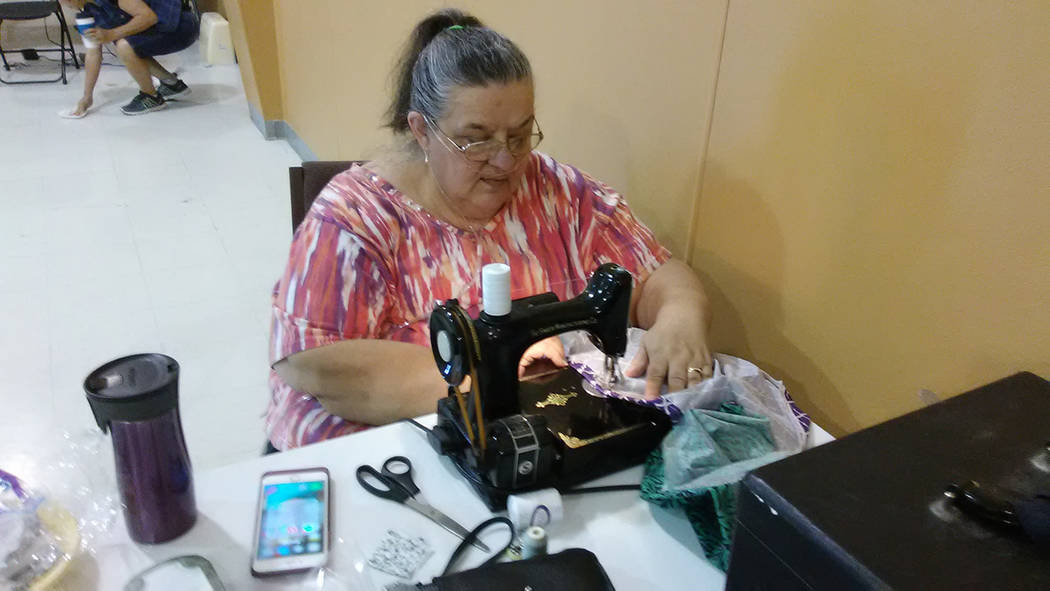 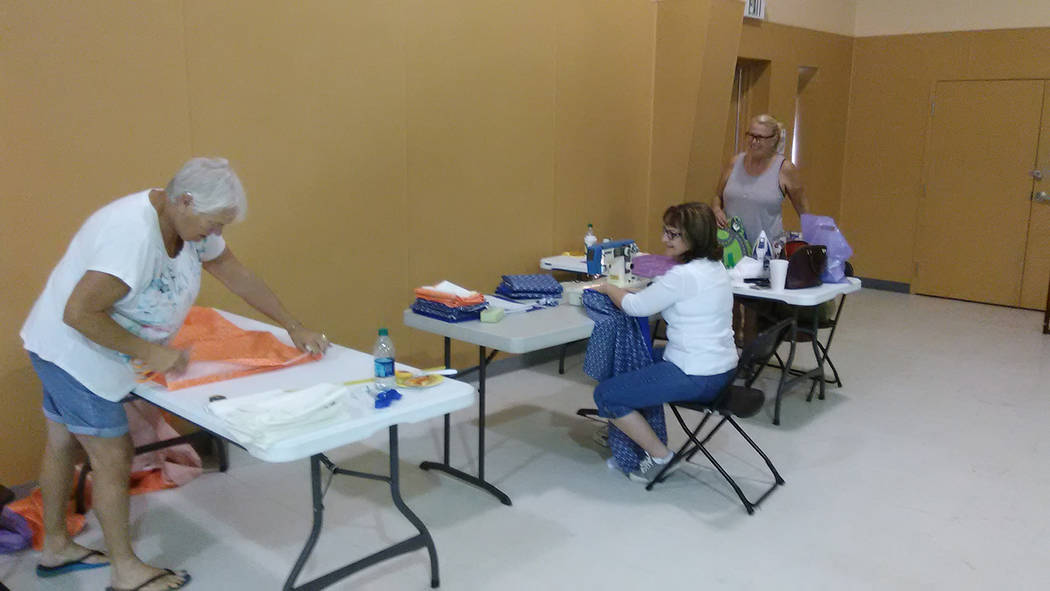 Selwyn Harris/Pahrump Valley Times The “Stitching for Students” campaign would not have been possible without the efforts of volunteers. The event has been in existence for eight years, organizers said. 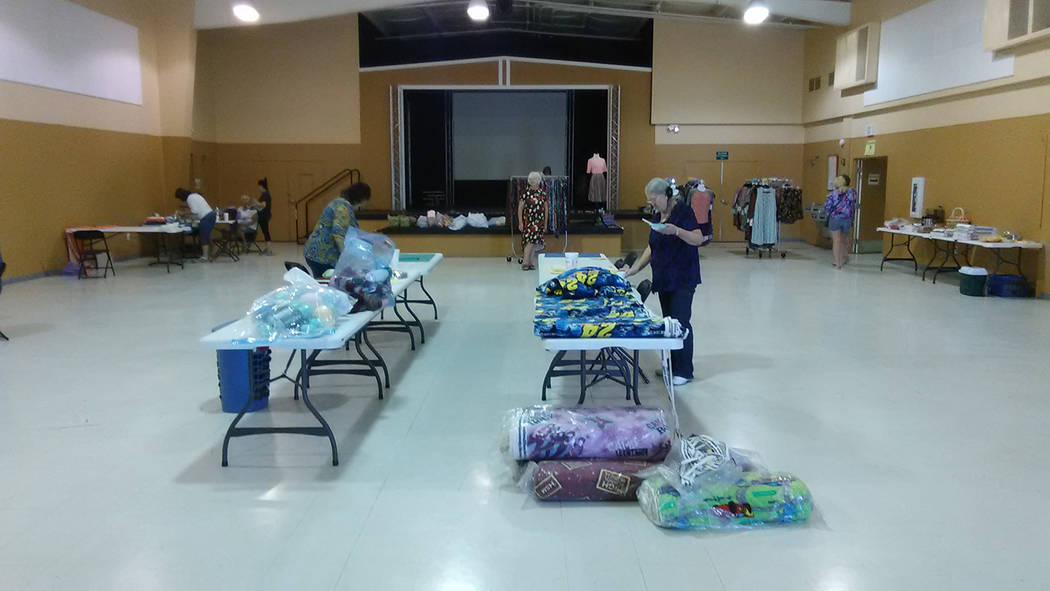 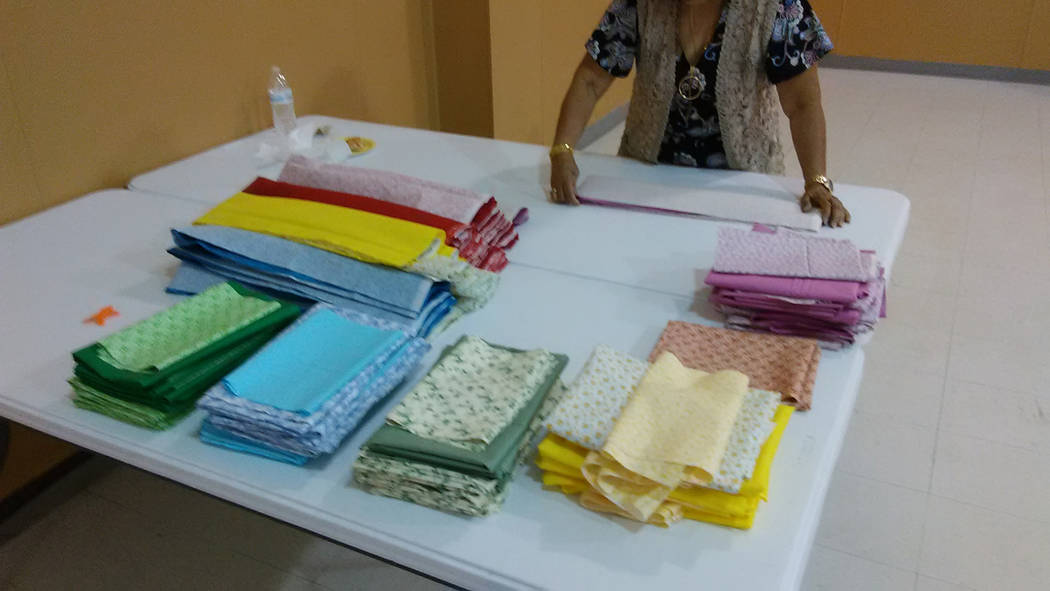 Selwyn Harris/Pahrump Valley Times Once all of the hygiene bags are created, additional volunteers will fill them with an assortment of personal hygiene products for the students

The annual event held at Nye Communities Coalition, according to volunteer co-coordinator Barb Johnston, is known as “Stitching for Students.”

“We are sewing and crocheting, as well as knitting items for students in need,” she said. “We are making pillowcases and hygiene bags, which are later filled with personal hygiene items. We also make slippers and caps and scarves. We’ve been doing this for about eight years. These items are for pre-k through the 12th grade students in need within the school district.”

“Due to privacy laws, we don’t actually know the students,” she said. “We just know them as young girls and boys that need these accessories. We have volunteers creating these items, but they kind of come and go, because some of them are snowbirds that are here in town seasonally. With all of the large tables in this facility we are able to cut a lot of fabric, which is easier for someone like myself who can’t stand for a long time. The officials with Nye Communities Coalition was nice enough to open their doors for us.”

Johnston noted the annual event came about as a result of a miscalculation nearly 10 years ago.

“I was making caps for members of one of the churches here in town,” she said. “I ended up making too many and I was told that the school district could use them, and it just grew from there. I have been a seamstress since my teenage years, so it’s been a long time. Many years ago, we did quilts, which I coordinated with the VA hospital, as well as for children with cancer.”

Linda Fitzgibbons, who is the school district’s homeless liaison, applauded the efforts of Johnston and the volunteers.

Fitzgibbons also said the number of kids identified as children in transition regularly fluctuates each year.

“The year before last was our highest number where we were at the peak at that point in time,” she said. “This year I actually perceive it to be going down even lower because there is now a new federal program called ‘Fostering Connections’ for foster children. We’re actually going to take all of our foster children who were in the Mckinney-Vento Children in Transition program and move them out where they will be in our own program, so you’ll probably see the numbers drop a little bit more.”

Regarding last Friday’s event, Fitzgibbons said once the accessories are completed, they are all sorted out.

“We love all of these items that the volunteers created,” she said. “We take it to our office and sort through all of it. With the hygiene bags, we put in hygiene items that people have donated, and send them out around Christmastime where all of our children in transition will receive a nice gift. This is for pre-k through the 12th grade.

Johnston also lamented that she will no longer be spearheading similar efforts in the community.

“I’m sad to say that this is my last time being a chair or co-chair,” she said. “It’s just due to my health restrictions that prevent me from doing more. I’ll be around, but I just won’t be leading the effort.”

“I’m really pleased that it all really turned out great,” she said.