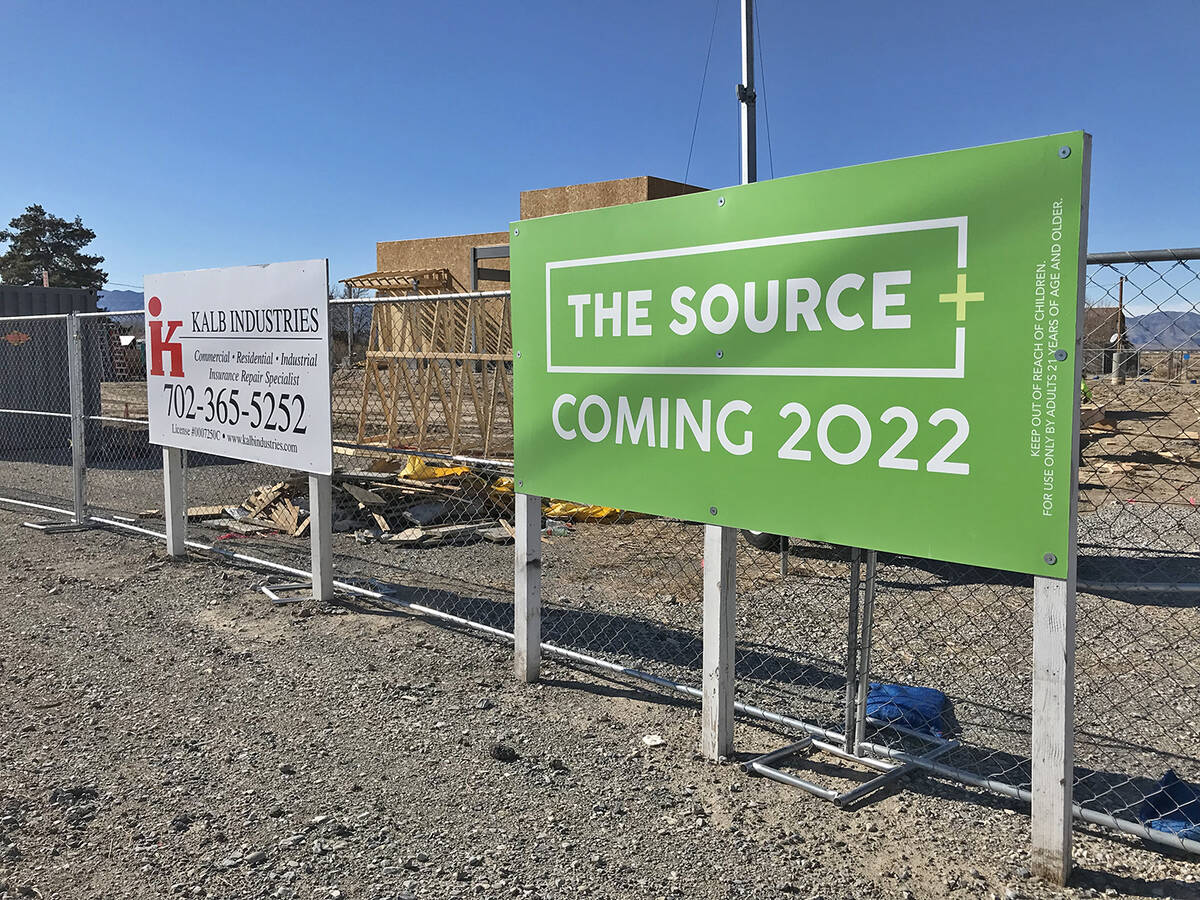 Robin Hebrock/Pahrump Valley Times Nevada Organic Remedies is working to build what will be the Pahrump Valley's second marijuana dispensary. 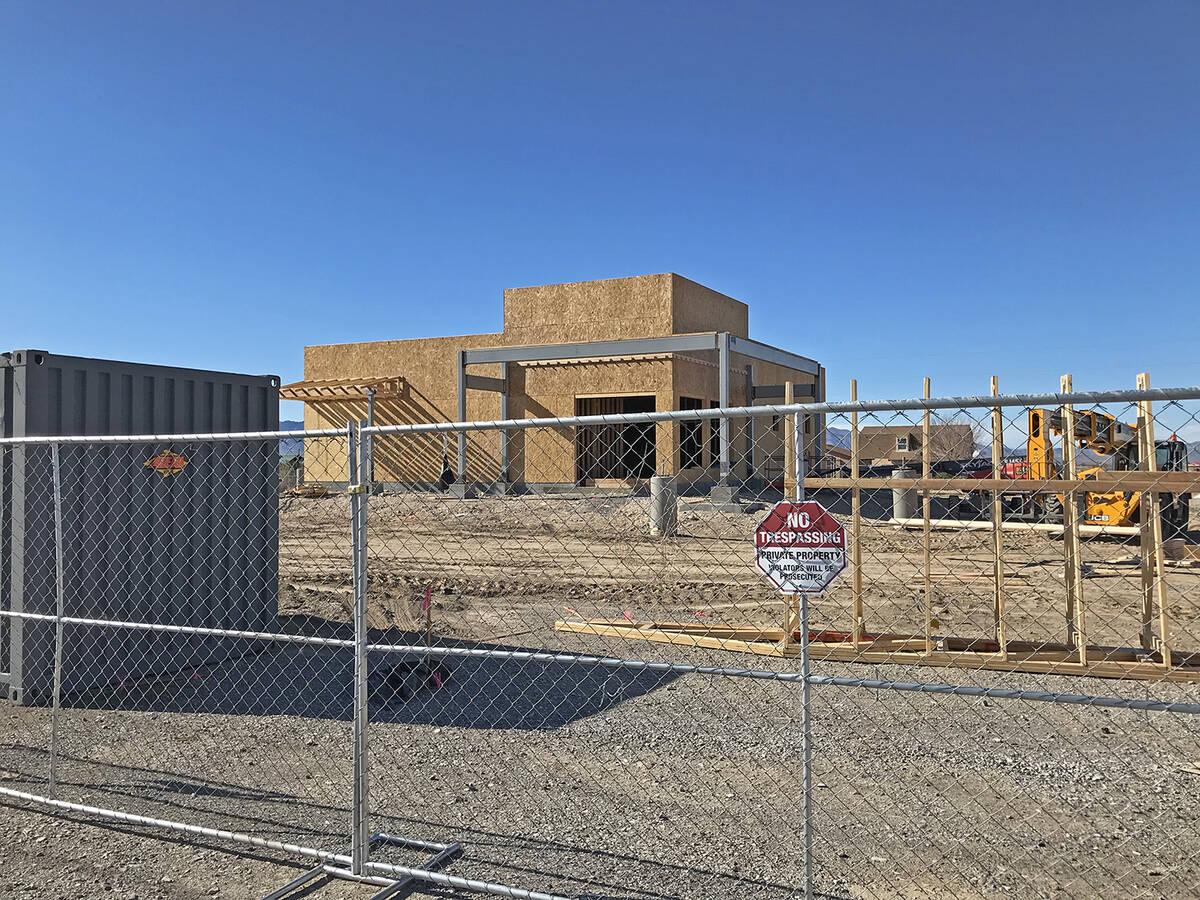 Robin Hebrock/Pahrump Valley Times This photo, taken January 19, shows the construction site for the new The Source+ dispensary, which is being built by Nevada Organic Remedies near the corner of Homestead Road and Highway 160.

Supply-chain issues and other construction delays have pushed back completion for a new cannabis dispensary planned for Pahrump.

Construction on the dispensary has already begun at the site, and the company has invested more than $1 million in the project. It was expected to be completed by Feb. 5 but the company said it won’t meet that deadline.

“Unfortunately, [Nevada Organic Remedies] has experienced even more delays and does not believe it can complete the project before the current [special-use permit] expiration deadline of Feb. 5, 2022,” according to a letter from the company. “These delays include further supply-chain issues resulting from the COVID-19 pandemic, as well as abnormally long review processes for its site development, utility and building permit applications.”

Nevada Organic Remedies was initially granted a special-use permit by Nye County commissioners in August of 2019, giving the company 18 months to obtain a license to dispense marijuana from the state.

A lawsuit filed against the state’s regulation of marijuana, however, delayed the company and it was not able to secure its state license within the time frame.

Nevada Organic Remedies was granted a six-month extension in December 2020, but the company was challenged by rapidly increasing cost of construction materials, coupled with supply-chain issues that forced more delays in its dispensary project.

In August 2021 it was granted a second extension, at which time the company pegged its completion date as no later than Feb. 5, 2022.

Company officials said if they’re able to receive all necessary county approvals in the coming days, the new project can be completed within the next six months — if not sooner.

“NOR believes that it can complete the build-out of the facility, pass required inspections and be open for business on or before Aug. 5, 2022. To be sure, NOR’s intention is to complete the build-out of the facility and perfect its license before that date. Given the ongoing material and labor issues, however, the company believes that a six-month extension of time is reasonable,” according to a letter from company officials.

The SUP six-month extension of time was granted by a unanimous vote.