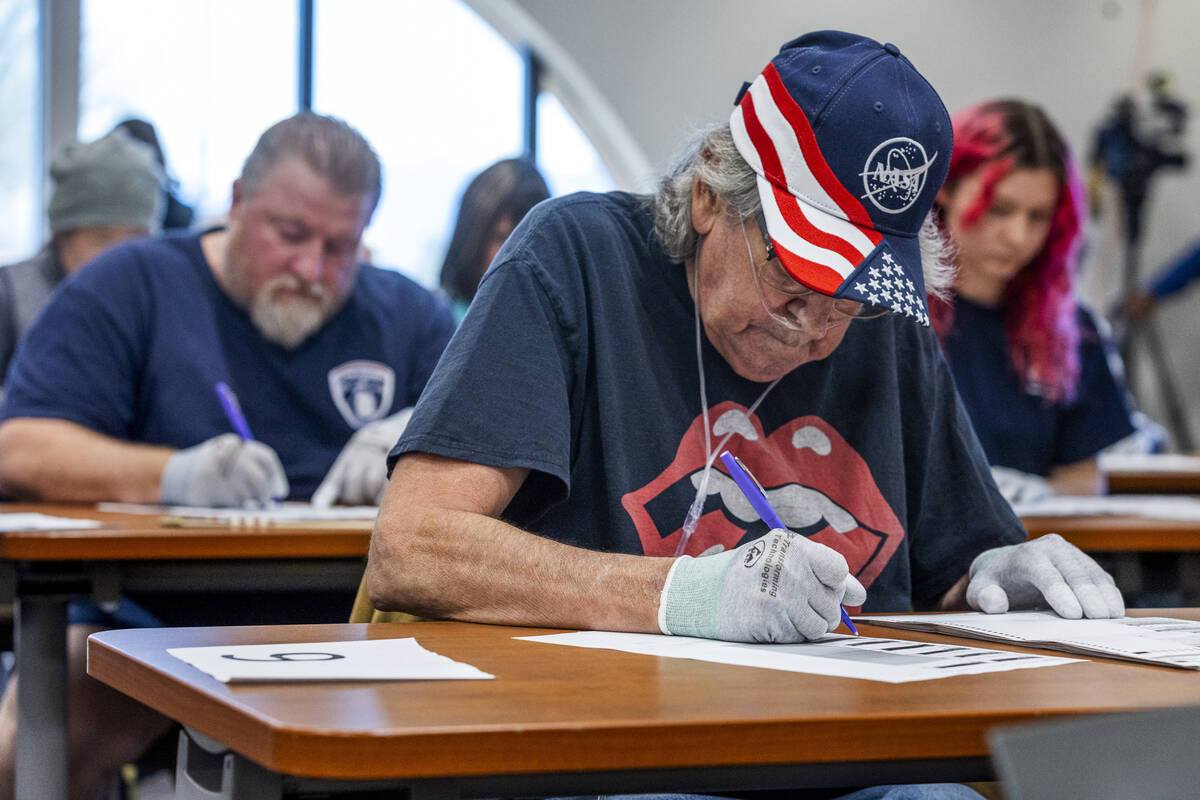 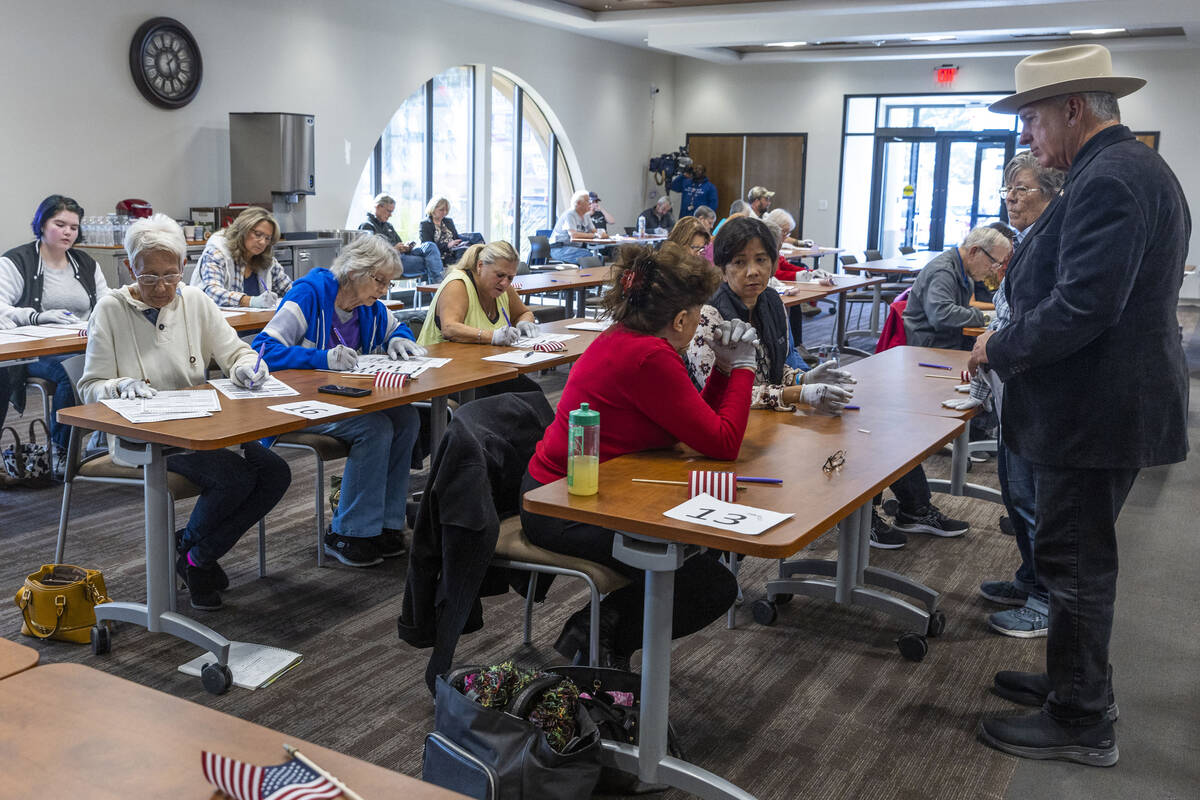 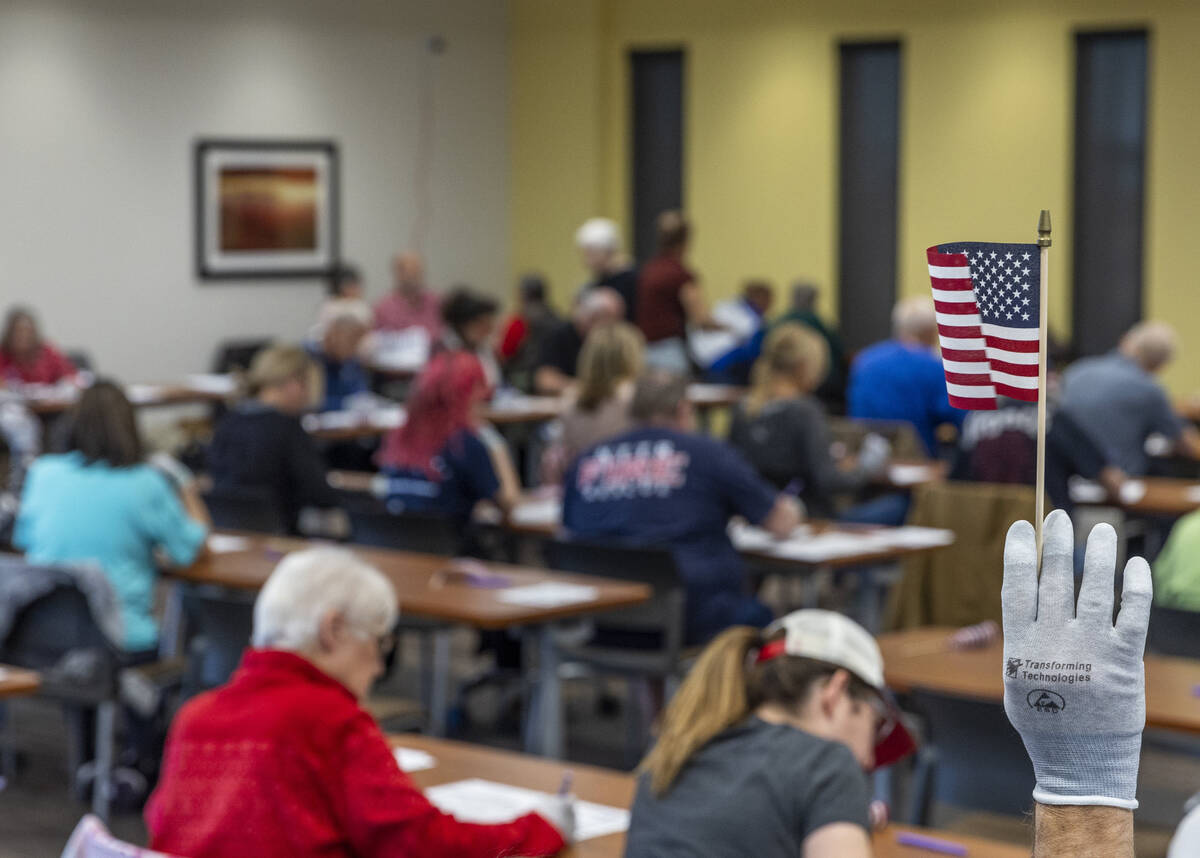 The Nevada Supreme Court denied a petition Monday afternoon from the American Civil Liberties Union of Nevada that sought to stop Nye County from hand counting its ballots.

“Having reviewed the petition and answer, we conclude that petitioner has not demonstrated that our extraordinary intervention is warranted at this time. We decline to exercise our discretion to consider this writ petition,” the Nevada Supreme Court wrote in an order.

The ACLU of Nevada announced Monday morning that it filed another lawsuit with the Supreme Court to stop Nye County from conducting a hand count of ballots. The ACLU of Nevada and its colleagues at the Brennan Center for Justice at the New York University School of Law argued that Nye County Clerk Mark Kampf does not have the legal authority to move forward with the hand counting.

They claimed that hand counting violates state law and the state constitution, which guarantees voters’ right to have “election contests resolved fairly, accurately and efficiently.”

“The Nye County Clerk’s insistence on doing a hand-count of all ballots that have already been counted by machine tabulators defies best practices in the election security field,” said Sadmira Ramic, voting rights attorney for the ACLU of Nevada.

“It’s a haphazard and disorganized approach to one of the greatest responsibilities of election administration, counting every eligible vote,” she said.

The ACLU heard from concerned Nye County voters who were worried their ballots would not be counted under the county’s experiments, Ramic said.

“We’re going to keep fighting to safeguard our elections and to keep them safe, secure, and accessible,” she said.

“Petitioner has pointed to no law clearly prohibiting the parallel hand count or precluding any post-deadline revision to secondary vote-counting plans approved by the Secretary,” the court wrote.

Nye County has been trying to implement a hand count system for the election since its commission voted in March to have an all-paper ballot election with hand-counted ballots. But the ACLU of Nevada and other voting rights organizations challenged the plan. The Nevada secretary of state’s office prohibited the county from hand counting before the election, but it did allow it to continue after the election.

Nye County has been using the Dominion tabulators for an official count and has submitted those results to the secretary of state, and on Thursday it resumed hand counting as an experiment to audit and double-check the machine totals.

“At least I’m giving it a try to see if it works, you know?” Kampf previously told the Review-Journal. “And I’m a realist. I’m learning from the process. And if it works, great, if it doesn’t work, then we learned our lesson.”

In its statement, the ACLU of Nevada argued that because neither of Kampf’s previous proposals to start hand counting ballots before Election Day were approved by the secretary of state’s office, following them or new ones violate that law, regardless of whether the process takes place parallel to the machine count.

In response, Nye County asserted that the hand count is a secondary counting method and will not be used to report election results and said that the secretary of state did approve the current hand-count process.

The ACLU of Nevada also argued that Kampf’s proposals do not include basic measures to ensure that ballots are not altered during the hand-count process.

Nye County is requiring volunteers to wear gloves at all times to ensure they cannot change ballots with graphite under their fingernails, and they all use purple pens, which would stand out on a ballot if it was altered by a volunteer.

“While these latest measures to preserve ballots are welcome, they do not change the high probability of human error in hand counting a large number of ballots,” said Gowri Ramachandran, senior counsel in the Brennan Center’s Elections & Government Program, in a statement. “Without pre-written, comprehensive procedures, this method produces many more mistakes than machine counting. Nye County voters don’t deserve to have their votes put through a process known for error.”