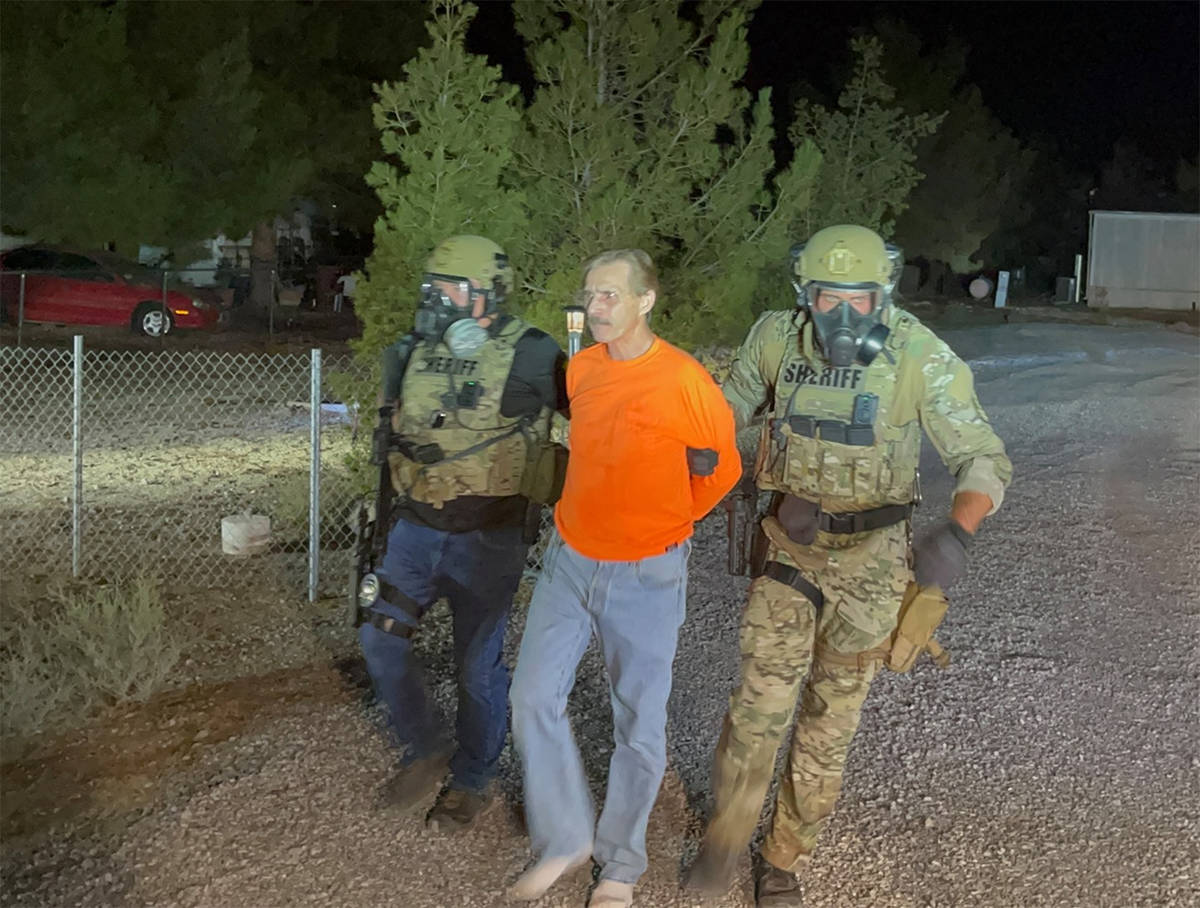 The situation occurred on Sunday, July 18, at approximately 9 p.m., at a residence on the 1100 block of Bruce Street.

Nye County Sheriff’s Office Operations Sgt. Ann Horak noted that the suspect, identified as Randall Fuller, 60, was wandering around inside the home with a loaded shotgun and allegedly would not allow a roommate to leave the residence.

The entire encounter continued for more than an hour.

“Fuller stated that if law enforcement were to show up, he would shoot them,” Horak said. “When deputies arrived on scene, Fuller barricaded the back door of the residence and refused to comply with the deputies’ demands to exit.”

Further, Horak said as a result of Fuller’s failure to comply, the Nye County Sheriff’s Office SWAT team was activated, along with a hostage negotiator who unsuccessfully attempted negotiations with Fuller to surrender.

Additionally, Horak said as SWAT members positioned themselves around the residence, they began deploying tear gas inside in an effort to get Fuller out of the home.

“Fuller discharged his shotgun out of the front window and the birdshot rounds struck three SWAT members, causing minor injuries,” she said. “At that point the SWAT team breached the residence and Fuller was taken into custody without further incident.”