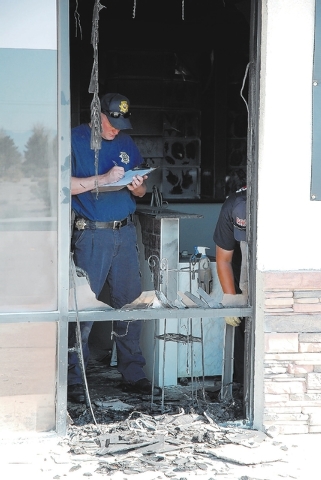 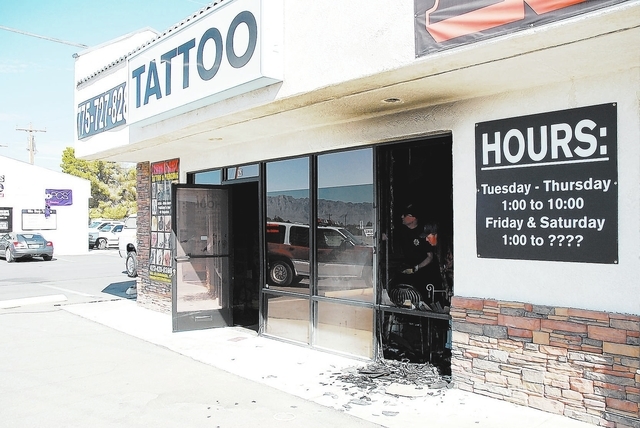 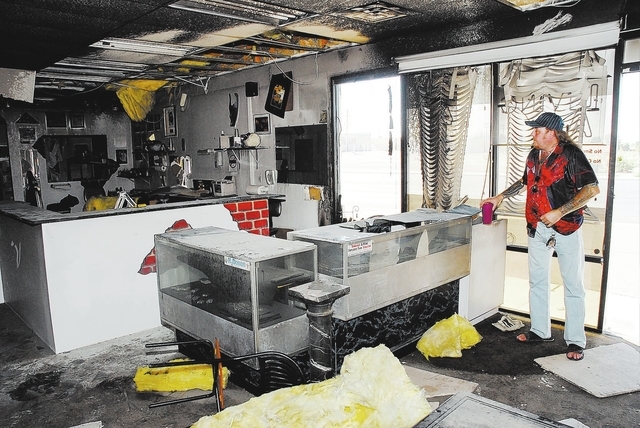 Pahrump Valley Fire Rescue Services were called to respond to a local tattoo shop last week after a possible electrical fire caused damage to the store.

Firefighters were dispatched around 3:30 a.m. Friday morning for a report of a structure fire at Living Art Tattoo located at 1190 State Route 372.

A passerby reportedly saw smoke coming from the local business that morning and called the fire in to local authorities.

When crews arrived on scene, PVFRS Fire Chief Scott Lewis said there were light fire and smoke conditions showing at the front of the store.

Firefighters quickly gained access to the tattoo shop and began working to put out the visible flames, although the fire chief noted some of the fire had already been extinguished when crews arrived at the location.

Damage to the store reportedly included a broken window, which firefighters used to gain access to the burning building, minimal fire damage to the front of the store and smoke and heat damage throughout the location, Lewis said.

Living Art Tattoo has been open for less than a year at the highway location.

Owner Brian Jones opened the shop last November after he moved his family from Tennessee to Pahrump to open the store and give his family a better life.

The store officially opened for business after Jones received his final permit for the business from the Pahrump Regional Planning Commission on Nov. 14, 2012.

An officer from the State Fire Marshal’s Office was called to the tattoo and piercing shop Friday morning to conduct an investigation of the fire that damaged Jones’ store.

According to Lewis, the fire’s cause is still under investigation, but it appears it was accidental in nature.