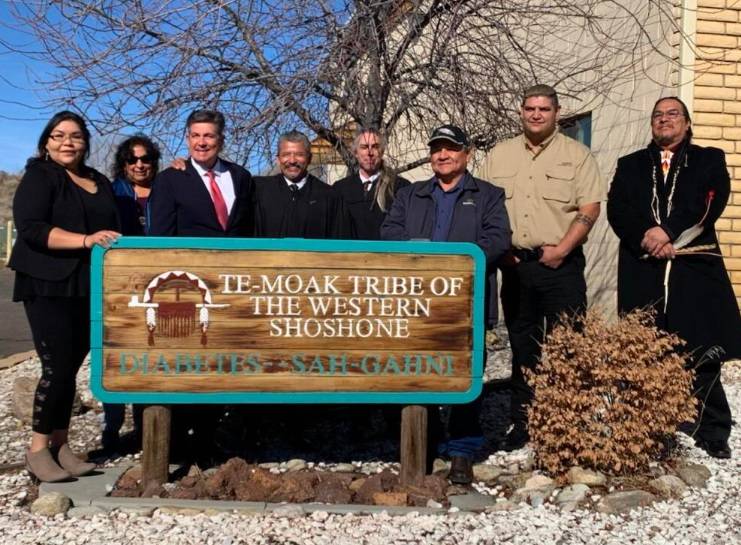 Special to the Pahrump Valley Times A screen shot of the Te-Moak Tribe of Western Shoshone Indians of Nevada new tribal court.

The Te-Moak Tribe of Western Shoshone Indians of Nevada announced the formal establishment of its tribal court consistent with its constitution and with the tribe’s sovereignty. The investiture of the judges, prosecuting attorney, court clerk and bailiff were conducted on Saturday, Feb. 6, at the Tribe’s facility.

The Te-Moak Tribe of Western Shosone Indians is a federally recognized tribe with its own constitution, amended in 1982, and a corporate charter established in 1938. The Te-Moak Tribe consists of four bands: Battle Mountain Band, Elko Band Colony, South Fork Reservation and the Wells Band Colony. Tribal headquarters are in Elko.

“We are pleased to announce our new Te-Moak Tribal Court to provide foresight, legal expertise and guidance that align with our Tribal Council initiatives to better serve the tribe as a whole,” Te-Moak Tribe Chairman Joseph Holley said.

The Te-Moak Tribal Council exercises overall jurisdiction over its bands and all tribal lands, while bands exercise limited authority over local matters.