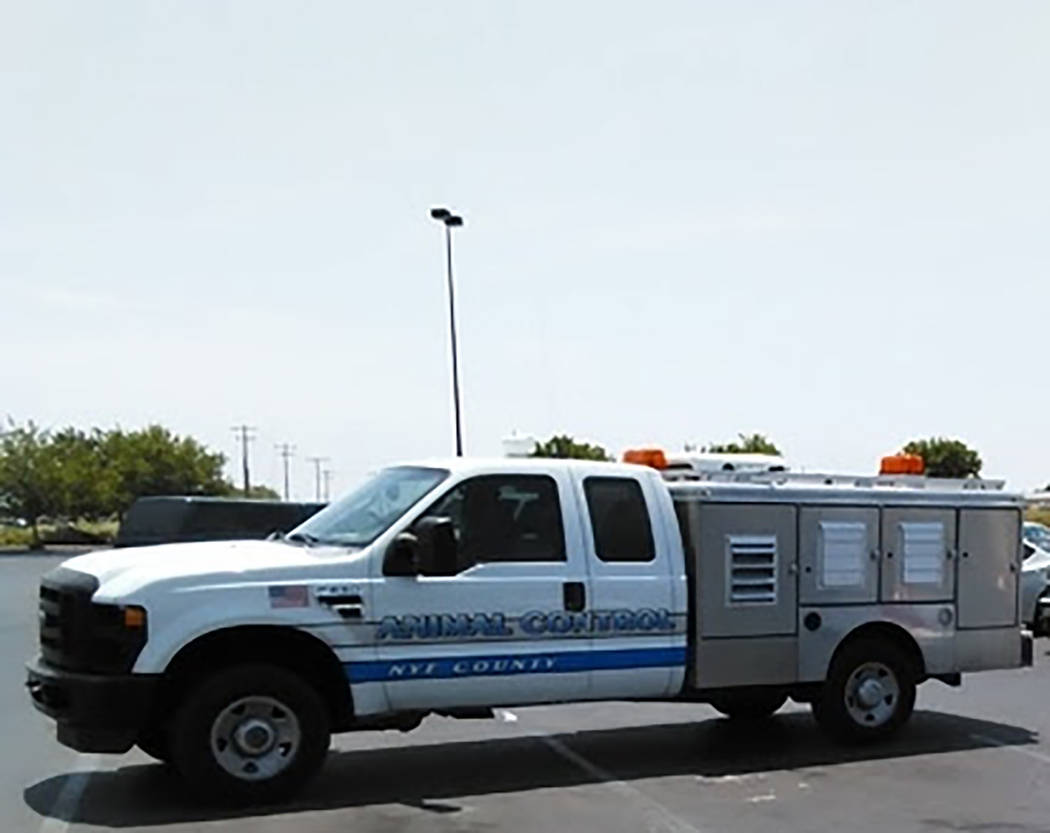 Selwyn Harris/Pahrump Valley Times A Nye County Animal Control officer summoned a sheriff’s deputy following the death of a puppy in the area of Barney Street and Charleston Park Avenue on Monday, Aug. 21. A 17-year-old was taken into custody by juvenile probation on an animal cruelty charge.

A 17-year-old is facing an animal cruelty charge following his arrest on Monday, Aug. 21.

The incident occurred at a residence in the area of Barney Street and Charleston Park Avenue at approximately 12:40 p.m., after an animal control officer requested a deputy to the location, the Nye County Sheriff’s Office said in a news release Friday.

“The animal control officer saw the puppy and believed it to be dead.”

The release went on to state that the juvenile woke up and discovered his new shoes had been chewed on by the dog.

“He took the shoes and hit the puppy several times, then threw the shoe at the puppy and kicked the puppy,” the release noted. “Later that day, a necropsy was conducted on the puppy. The necropsy revealed that the cause of death was blunt force trauma to the puppy’s chest area.”

A Nye County juvenile probation officer was summoned to the residence and took custody of the juvenile.