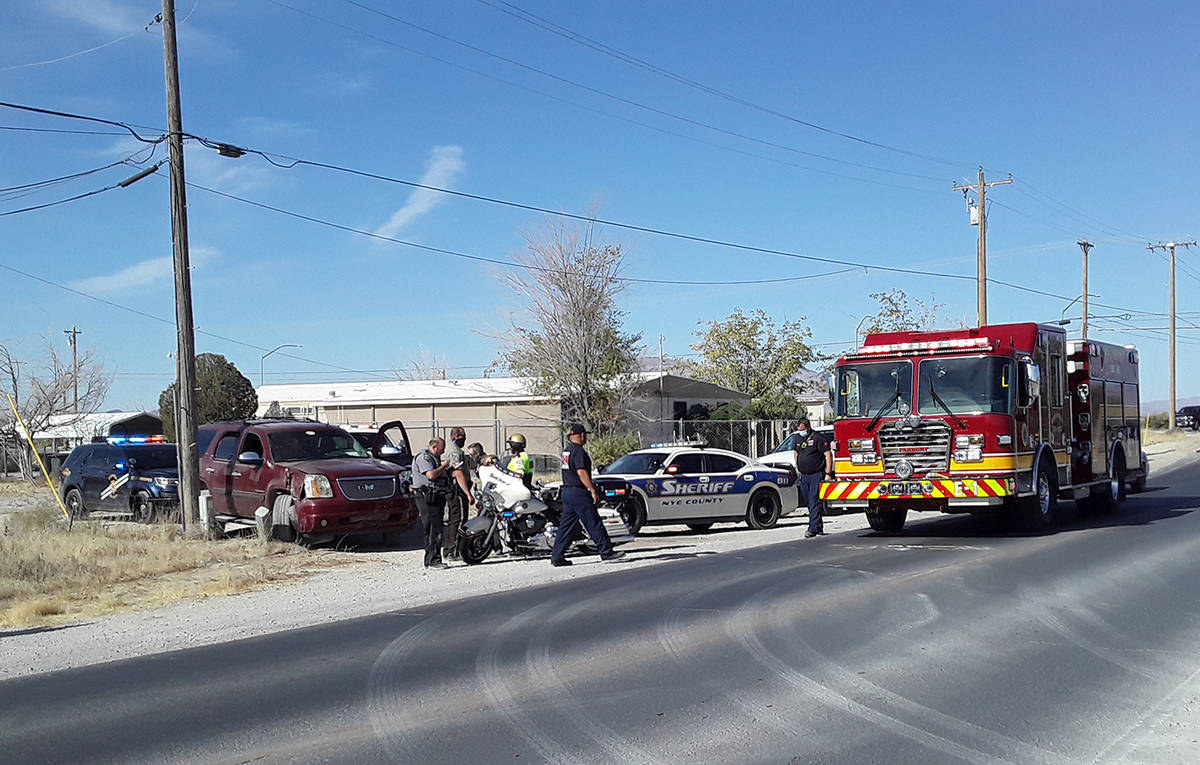 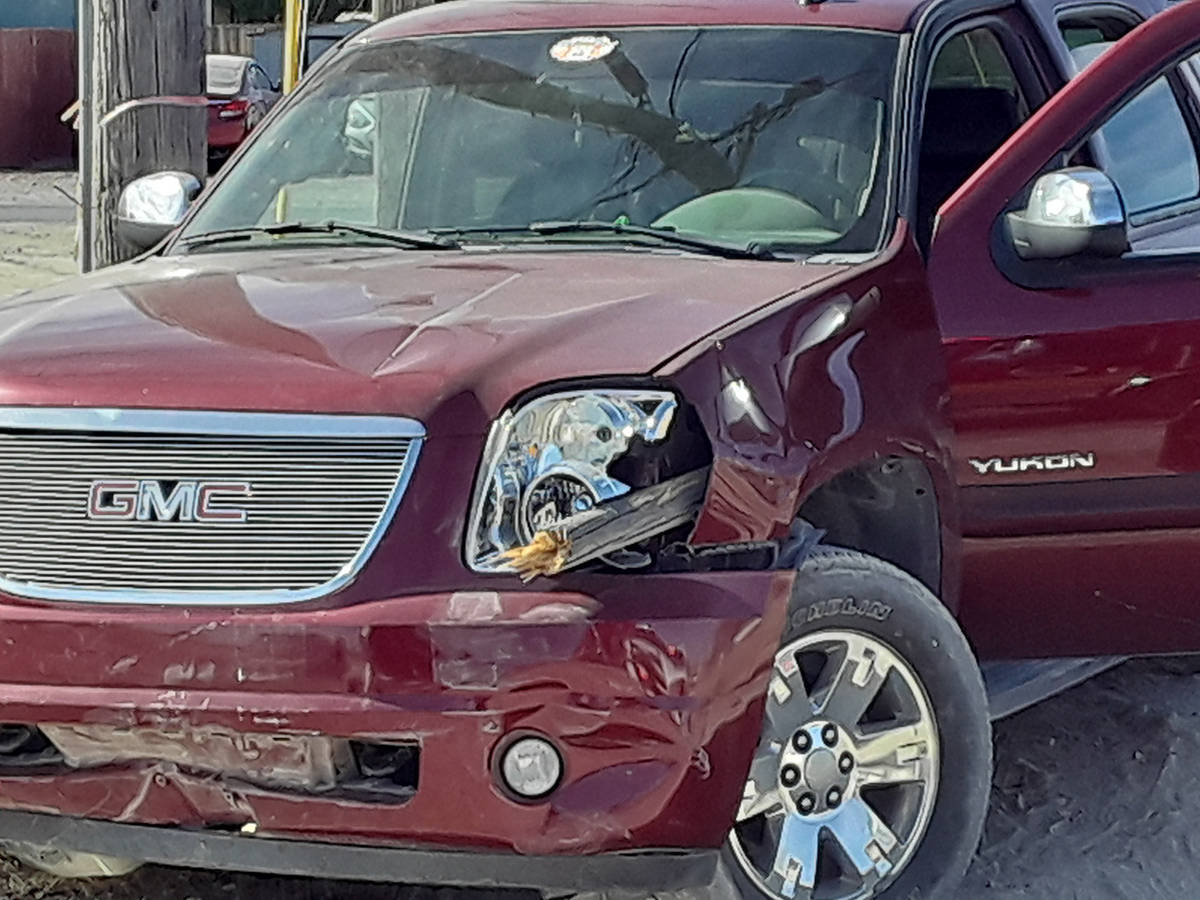 Selwyn Harris/Pahrump Valley Times A piece of a utility pole impaled the driver's side headlight housing of the SUV the teenager was driving. The pursuit, according to Nye County dispatch, began as a reckless driver call near Dandelion Street and Calvada Boulevard, where the driver allegedly failed to yield to a motorcycle patrol deputy.

A local juvenile was arrested after allegedly stealing his mother’s vehicle and leading the Nye County Sheriff’s Office on a pursuit just after noon on Thursday, Nov. 5th.

The pursuit, according to Nye County dispatch, began as a reckless driver call near Dandelion Street and Calvada Boulevard, where the teenage driver allegedly failed to yield to a motorcycle patrol deputy.

Additional marked sheriff’s office units joined the chase, where speeds reached in excess of 80 miles per hour as the driver also allegedly blew through several stop signs, according to dispatch.

The boy’s mother, who requested to remain anonymous, told the Pahrump Valley Times that her son simply did not want to stay at home after being ordered by authorities to wear an ankle monitor and remain confined at home, after a recent run-in with law enforcement.

She noted that she was at work when she received a call about her vehicle, a maroon SUV.

“I got a call from somebody who said he was driving my car, and I called 911 and reported it stolen,” the mother said. “I saw the sheriff’s deputy on the motorcycle with his lights and sirens on and I knew in my heart that he was responding to my stolen car call. Sure enough, I turned down the street and there was my car.”

The mother also spoke about how her son ended up on home confinement, due to a previous law enforcement encounter.

“He was ordered to wear the ankle bracelet because he was with his friend and they wanted to see what was going on with the cops in the neighborhood one day,” she said. “So he walked over there, but he had weed in his backpack. They smelled it, and they searched his backpack and found the weed, so they arrested him.”

Additionally, the mother said her son was fed up with having to remain on house arrest, which is why she believes her son took the vehicle and went for a drive around town.

It should be noted that the 15-year-old was transported to Desert View Hospital, due to injuries sustained after he plowed into a utility pole on Blagg Road Road, just south of Highway 372.

“My son decided to steal my vehicle because he didn’t want to stay at home, but he was court-ordered to stay at home with a house arrest ankle bracelet, but he didn’t want to be there anymore,” she said. “He was transported to the hospital, because he said his neck hurt, and there were other internal injuries. I was just on the phone with my insurance company, Geico, because I still owe $10,000 on my SUV. My husband is the tow truck driver here, but we are kind of separated right now.”

An official from Nye County Juvenile Probation responded to the scene to conduct an investigation.