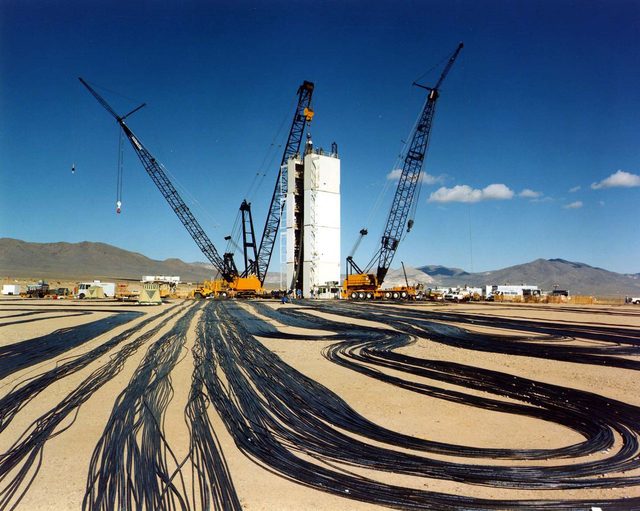 Experts will be on hand to answer questions about nuclear contamination of groundwater from Nevada National Security Site testing at Beatty on Feb. 18.

The public will have the opportunity during the open house from 4 p.m. to 6 p.m., to ask questions about health and environmental risks associated with the 828 underground nuclear detonations that occurred between 1951 and 1992.

The event will be at the Beatty Community Center, 100 A Avenue South.

Most of the those tests were conducted within a couple of hundred feet of the underground water table. However, more than 200 detonations occurred within or very close to the water table.

Although there are 43 nucleotides produced from nuclear testing considered to be potential risk, the one commonly studied and tested for at the site is tritium. The presence of tritium suggests the presence of other nuclear contaminants. Other contaminants are: carbon, iodine, chlorine, technetium, plutonium, cesium and strontium.

There is no feasible, proven method for removing the radioactive contamination from the groundwater. The current strategy in managing the contamination, is to identify boundaries and monitor specific locations within the test site.

A public advisory board meeting will be held at 6 p.m., following the open house. Discussed will be recommendations on groundwater quality and a briefing on the corrective action plan.

The informational open house and public meeting, is hosted by the U.S. Department of Energy, the National Nuclear Security Administration and the Nevada Field Office and Security Site Advisory Board.